If you need to purchase a subscription.
You have permission to edit this page.
Edit

News
Testing continues to be an issue
By KOLTON RUTHERFORD Log Cabin Democrat
07.29.20

The state has struggled to test at high rates in July due to lower testing results from the six commercial labs responsible for completing coronavirus tests nationwide. While Arkansas easily reached its June testing goal of 120,000 tests, the state is unlikely to reach its July testing goal of 200,000 tests, with the governor saying yesterday he thought they would surpass 180,000 tests in July.

Despite the lower numbers, the governor said he has received assurances from the Trump Administration that testing in commercial labs would increase in August as the federal government is working to improve the supply chain of testing material to commercial labs.

Since Tuesday, the state has recorded 787 new cases of COVID-19, with 170 of the new cases in correctional facilities around the state. Arkansas now has recorded 40,968 cumulative cases of the virus, with 6,596 currently active in Arkansas communities.

Chico County led the way in new cases due to an outbreak at a correctional facility there, while Pulaski, Sebastian, Benton, Little River, Craighead, Mississippi and Washington Counties also recorded elevated cases of COVID-19.

The governor also shared additional statistics on the progress of the virus in Pope County. Pope County is part of the Department of Health’s northwest region, a region which has recorded the lowest growth rate of COVID-19 in the state. Despite those positive numbers, Pope County’s growth rate is at just over 20%, significantly above the Centers for Disease Control and Prevention’s guidelines of 10 percent. Additionally, Pope County’s 14-day rolling average percent positivity rate is set at 17.1 percent. The governor said Pope County shouldn’t be satisfied with those numbers and emphasized the importance of remaining vigilant.

Nearly six months after a Conway man died after he was arrested for reportedly shoplifting at a local Harps Food Stores, the prosecutor’s office and Arkansas State Police investigators have cleared all officers involved of any criminal wrongdoing.

Lionel Morris, 39, died of Feb. 4 shortly after he was arrested on suspicion of shoplifting at the grocery store. Employees called police around 4:25 p.m. on the day in question after they saw “two individuals who had allegedly removed store merchandise from its packaging in what was believed to be an attempt to steal the merchandise,” ASP spokesman Bill Sadler previously told the Log Cabin Democrat.

The medical examiner’s report revealed that Morris was under the influence of methamphetamine and morphine when he fought off police on the day in question, Tapley said.

The police chief released body camera footage when he announced the officers had been cleared of any criminal wrongdoing. The footage and information pertaining to the case was released to help the public better understand the circumstances surrounding the case, he said.

“Unfortunately, we are here to talk about an incident that happened in our city Feb. 4 that resulted in the untimely death of Lionel Morris,” Tapley said. “We as the Conway Police Department and the city of Conway offer our deepest condolences and heartfelt prayers to the Morris family. The loss of a loved one is difficult no matter the circumstances.”

As officers began handcuffing Brandi Renee Arnold and Morris, on Feb. 4 in connection to the shoplifting complaint, body camera footage shows the 39-year-old Conway man yank his arms away from authorities. Once he pulled away from police, Morris took off running in the store.

A struggle between Morris and officers on scene lasted for about six and a half minutes, Tapley said.

“During the struggle, officers instructed Morris to submit to arrest nearly 40 times,” the police chief said.

Officers yelled out, “put your hands behind your back” multiple times before eventually using a Taser against Morris.

The police chief said CPD officers used the taser against Morris “multiple times during the struggle in an attempt to gain control.”

According to the police chief’s community briefing Wednesday morning, Morris also pulled a knife on police during the incident.

“At one point, Morris reached for a knife clipped to his pocket,” Tapley said. “As the struggle continued, Morris dragged one of the officers around, positioned himself on top of the officer and placed the officer in a chokehold. Instead of using deadly force, the officer grabbed the knife and threw it from the immediate area.”

Once the officers got Morris to the ground, he could be heard asking for help and saying that he could not breathe. Tapley said that responding officers had already called emergency medical personnel and that an ambulance was called before the officers handcuffed Morris.

The officers started treating Morris until medical responders were able to take over.

“Prior to medical personnel arriving, Morris was placed in a recovery position and began receiving treatment for injuries he sustained during the struggle. Medical professionals arrived and took over care and treatment,” Tapley said. “Unfortunately, Mr. Morris passed away during transport to the hospital.”

The Arkansas State Police was asked by CPD to conduct a use of force investigation after Morris died.

“This investigation ultimately took several months. [Investigators] interviewed multiple witnesses, reviewed all videos and audio from both Harps and the Conway Police Department and encompassed the state medical examiner’s report. The autopsy and toxicology report determined that Mr. Morris was positive for several drugs including methamphetamine and morphine. The level of drugs in Mr. Morris’ system and the strain he exerted while struggling with the police ultimately contributed to his death,” Tapley said.

ASP and the prosecutor’s office cleared all officers involved of any criminal wrongdoing.

Though the criminal investigation is over, the police chief said CPD would conduct a separate investigation to ensure no department policies were violated during Morris’ arrest.

“Now that the independent investigations determined that officers did not cause Mr. Morris’ death, an internal professional standards investigation will proceed in order to further reveal details of the case and determine whether there were any policy or rule violations. People may view aspects of this incident and be disturbed or uncomfortable. I understand,” he said. “Use of force in any situation is uncomfortable and should always be analyzed to determine if things can be improved upon.”

Mayor Bart Castleberry announced late Wednesday afternoon that some of the officers involved would be placed on paid administrative leave pending the results of the internal investigation.

The Pine Street Backpack program will once again provide backpacks filled with school supplies for local families who need them.

The grassroots program that started 13 years ago grew quickly as word spread. For the past 11 years, the program has served at least 1,000 area children annually. With the pandemic causing layoffs and higher rates of unemployment, program co-founder Tim Ester said the group expects to serve at least that many this year.

In order to receive a backpack, families must pre-register, Ester said. Pre-registration will be conducted from 10 a.m. to noon Aug. 1 and 8 at Pleasant Branch Baptist Church, 601 Spruce St. in Conway.

Masks are required and attendees are asked to help facilitate social distancing by only sending one family member (parent) to register when possible.

In previous years, the program would have a carnival with free food, door prizes and family-friendly games on the day of distribution.

However, due to the COVID-19 pandemic, the group will distribute the filled backpacks without the carnival and lunch. Distribution will be at the church from 9 a.m. to 1 p.m. Aug. 22.

“We’re trying to get people in and out quickly to keep it as safe as possible,” Ester said.

Visit pinestreetpacks.com for more information. Anyone wanting to donate or sign up to volunteer can do so at the website.

Sheriff Tim Ryals describes to local Kiwanians via Zoom the benefits of being able to hire six more deputies.

Sheriff Tim Ryals updated the Conway Kiwanis Club on Wednesday on how the COPS grant approval will benefit both the sheriff’s office and the community the deputies serve.

The Faulkner County Sheriff’s Office was approved by the U.S. Department of Justice for a grant through the Community Oriented Policing Services (COPS) Hiring Program, giving administrators the funding to hire six new deputies. However, because the grant does not cover the deputies’ full salaries, the sheriff’s office needed the quorum court’s approval to move forward with the hiring process.

Justices of the Peace allocated $349,542 on July 21 to comply with this portion of the grant requirements.

“This is huge news for Faulkner County,” Ryals said. “Our county has absolutely outgrown the sheriff’s office.”

Many deputies are overworked, and this will help alleviate the pressure they feel and calls the must individually respond to.

“We have deputies that lose vacation and holidays and cannot take sick days because we don’t have enough guys … they will be on the street working because they know what goes on out in the county. They won’t even stay home when they’re sick,” the sheriff said. “These six new positions are a huge asset not only to the citizens, but also to the sheriff’s office.”

As of Wednesday morning, the sheriff’s office had received two applications.

In years past, the COPS program brought well-qualified deputies to the sheriff’s office, Ryals said.

FCSO Chief Deputy Matt Rice and Maj. John Randall were hired on in the early 90s thanks to the last COPS grant the sheriff’s office received.

The sheriff said he was thankful the Faulkner County Quorum Court approved the funding to match the grant to allow the sheriff’s office to make six much-needed hires.

To apply for one of the positions created by the COPS grant, pick up an application at the Department of Workforce Services at 1500 N. Museum Rd. in Conway. There is also an online application available at www.faulkner county.org. 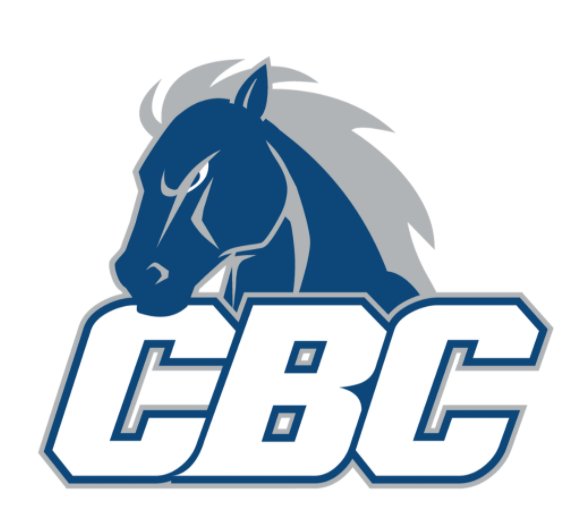