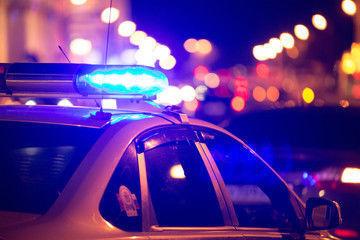 Gov. Asa Hutchinson directed the Arkansas Department of Health to add an additional 700 contract tracers to assist in breaking down chains of transmission of COVID-19, he announced Wednesday in his regular COVID-19 briefing.

The decision came in response to increasing numbers of cases in recent days, the governor said. He said the state experienced a “high spike” in cases from Tuesday to Wednesday. Arkansas recorded an additional 697 cases since Tuesday’s update for a cumulative total of 17,375.

“As we look up cases that increase in different parts of the state, we have to have resources to follow up with our contact tracing,” the governor said.

Marisa Hicks / Photo courtesy of I Feel the Need, Inc.

The local nonprofit feeding ministry and food broker has provided food to local families and other nonprofits for two weeks and is preparing to organize a third event next week. Though the past two free food pickup events were held at the Community Action Program for Central Arkansas, I Feel the Need, Inc. Executive Director Shane Willbanks said the third event will be held at a different location to allow CAPCA workers to better serve their clients.

I Feel the Need has teamed up with the United States Department of Agriculture and other local partners to provide free food to Faulkner County families battling insecurity.

On Tuesday morning, the nonprofit received 22 pallets of dairy products and vegetables, and the food was dispersed evenly between families and local food banks.

To go home sweaty and tired at the end of the day Tuesday was worth it after seeing children smile and “knowing families would have the food they need,” Willbanks said.

“It makes you tear up a little bit,” he said.

At one point, the line at CAPCA extended through the parking lot and onto Robins Street. Volunteers began handing food out at 8:30 a.m. and handed out the last food box around 1 p.m. Tuesday.

Families who took advantage of the opportunity I Feel the Need created said they were thankful to receive the food boxes.

“Honestly, if we didn’t have this, I probably wouldn’t have anything in the house at all,” Faulkner County resident Laila Taylor said.

I Feel the Need is able to provide food to local residents though the USDA’s Farmers to Families Food Box Program.

The Farmers to Families Food Box Program is part of the Coronavirus Food Assistance Program that allows the USDA’s Agricultural Marketing Service to partner with national, regional and other local food suppliers to have been affected by restaurant closures – as well as other business shutdowns caused by the global COVID-19 pandemic – and purchase up to $3 billion in dairy and meat products along with fresh produce. I Feel the Need applied for and was granted assistance under the stipulation that it disperses the family-sized food boxes to families, other nonprofits as well as community and faith-based organizations that can also distribute the food.

Organizers will announce the next distribution location and date later this week and welcome volunteers to sign up to hand out food once that date is set in stone.

Residents can reach out about volunteer opportunities via I Feel the Need’s Facebook page.

Residents can also donate monetarily to the program online at ifeeltheneed.org.

Those seeking assistance through the USDA’s Farmers to Families Food Box Program are not required to show I Feel the Need volunteers any documentation regarding their income or proof of residency to receive food.

Parents will have the option to send their kids to school for on-site learning or to “receive their education in virtual environment” from home with a computer and a curriculum the school district has approved, Murry said, noting it would be more advanced than the virtual lessons the district scrambled to offer when the state mandated the closing of schools in March. All virtual schoolwork will be monitored by a Conway Public Schools teacher.

“We learned a whole lot over the spring in terms of what we needed to do and what we didn’t need to do,” the superintendent said.

The district planned to send the information announced Wednesday to parents that evening. It will send a survey in mid-July asking whether their children will be doing on-site or virtual learning.

“We need to know if you’re coming or not,” Murry said, so the district can plan for the number of students.

“The survey will give more details about both options. Once the parent survey is completed, we will move forward with returning registration and what you’ll need to finalize your plans for August,” officials said in a notice sent to parents.

The district received guidance from the state’s Department of Education and Department of Health regarding social distancing and face coverings.

“We are not going to require that everyone wear masks 100 percent of the time. We are strongly encouraging everyone to wear masks – teachers, staff and students,” Murry said, noting the district will be taking “several precautionary measures.”

He said there will be social distancing in the classrooms “as much as possible.”

The district will have “lots of hand sanitizer” on hand and crews will be sanitizing classrooms, hallways, cafeterias, etc.

“School is going to be different this year because of COVID-19,” Murry said.

Parents who aren’t comfortable sending their children back for on-site learning simply need to indicate that in the survey and the child will not be penalized. Parents who want their child to wear a mask continually while at school need to let the district know, and it will accommodate them.

Murry said that after receiving guidance from the state, he doesn’t foresee a mandatory closure.

“We don’t believe there will be a statewide closing again,” he said, adding the district will be prepared in case of a regional closing or if students are out due to quarantine. “We’re working on a way to smoothly move kids in and out of school, in case we close or they need to quarantine.”

He said CPS teachers are currently in training for the new guidelines and the virtual learning environment.

Murry also discussed the possibility of an on-site graduation ceremony on July 18 at the football stadium for the graduating class of 2020, which he said would be “very difficult.”

Because seating must be spaced out six feet and because some venues, including Simmons Arena in Little Rock, are not open, the district was limited to where it could have graduation and only the football stadium met the requirements. Murry said the weather will likely be “very hot” and that “everyone must wear masks 100 percent of the time.”

He has sent a request for approval to state officials and, if it’s approved, he will then send a survey to parents of graduating seniors to see if they want to have an on-site ceremony under those conditions.

“If we have critical mass of students still interested in having a graduation, we will do it. Because of the heat, we will abbreviate the ceremony,” Murry said. 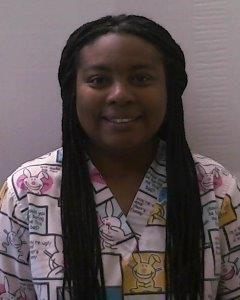 The Conway City Council declined to rezone a lot to allow for construction of a duplex during a Zoom meeting on Tuesday.

The lot, located at 1606 South Blvd., is currently zoned as R-2A. The lot owners wished to rezone the property as R-2 to build a duplex, as the lot’s size is too small to build a duplex by R-2A standards. Alderman David Grimes raised concerns about the rezoning of the lot and how it could affect the community.

“While probably not the worst thing in the world that could happen [in that community], I just hate to see that [duplex] be the first one and then the neighbors want one,” Grimes said. “And the next thing you know all these homes are gone and you have duplexes that went against the R-2A spirit in the beginning.”

Property owner Julie Kaylor attempted to ease Grimes’ concerns and said she had support for the rezoning and construction from both of the lot’s neighbors, as well as Central Baptist College’s property management team. She said she understood Grimes’ concerns but believed the duplex would be a successful addition to the area.

“While I absolutely understand the concern for that domino effect, we have support from our neighboring property owners that this [duplex] is going to be a lovely development for our area,” Kaylor said.

In the ensuing vote, the ordinance to rezone the lot failed 3-4, with Aldermen Mark Ledbetter, Shelia Isby and Mary Smith voting in favor and Aldermen Grimes, Shelley Mehl, Wesley Pruitt and Andy Hawkins opposing it. Alderman Theo Jones was absent from the meeting.

The council tabled discussion on amending the city’s sign ordinance to next month’s meeting.

Planning Director James Walden brought forward an amended ordinance to allow for LED fuel signs in other areas around Conway. Currently, LED fuel signs are only allowed within 1,000 feet of Interstate 40. Further, the current ordinance doesn’t place restrictions on size of the signs’ typeface.

In other business, the council approved the annexation of almost six acres of land and approved the lowest bid to begin Phase 1 of the Donaghey Avenue Improvement Project. The city also entered into contracts to acquire three properties as part of the Improvement Project. The City Council also passed a resolution to enter an agreement with Conway Corporation as part of the Markham Street Jump Start Phase 2 Project.

To watch the meeting, visit the Conway, Arkansas, City of Colleges Facebook page.