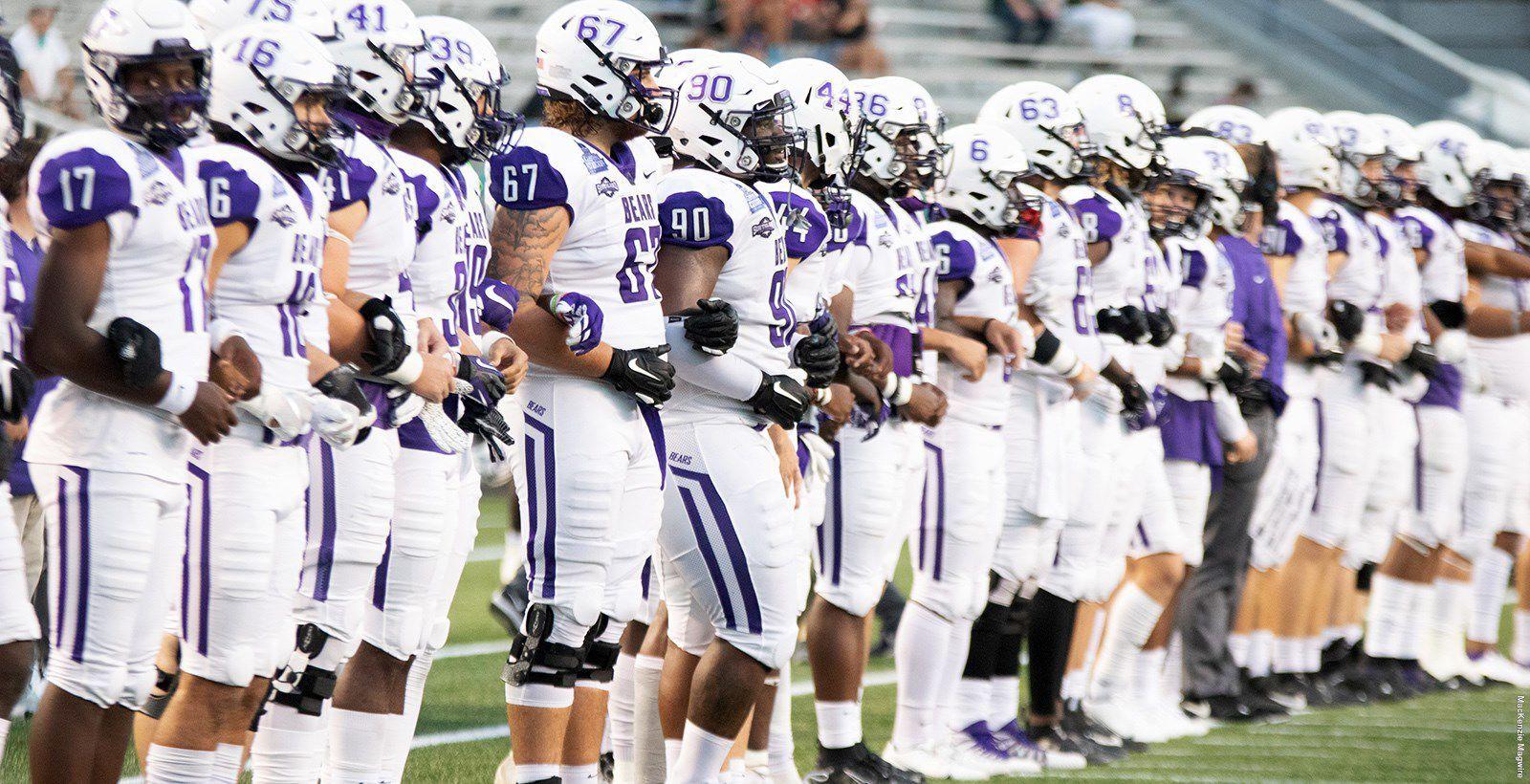 Home sales and listings in Faulkner County during the first eight months of 2020 were comparable to or better than the same time period in 2019 in most areas of the real estate industry.

In spite of the COVID-19 pandemic, Faulkner County’s real estate agents seem to have been able to find ways to market, show and sell homes in a time of physical distancing. Statistics from the Faulkner County Board of Realtors (FCBOR) show that more homes were sold from January through September 2020 than were sold in that same time period in 2019.

Long-time Conway resident Allison Vetter has announced her candidacy for Justice of the Peace in District 13. This position is one of 13 justices that make up the Faulkner Count Quorum Court, the governing body of Faulkner County, tasked with making decisions about roads, budgets, personnel and public safety.

Twice selected as the Log Cabin Democrat Volunteer of the Month, and the Arkansas Prostate Cancer Foundation’s Woman of the Year in 2016, Vetter is known as an active volunteer across Faulkner County. Raised on a family farm, she credits her parents for instilling in her a sense of responsibility to family and community.

“I learned from watching my parents give back to their community that public service is important. I believe we should all take responsibility for our communities; running for office is one way to do that. This past year has been chaotic in many ways – I can be upset with the way things are, or I can do my part to make things better.”

Currently holding the title of Title IX Coordinator for Hendrix College, Vetter has also worked for the University of Central Arkansas and Henderson State University. For the past two decades, Vetter has spent her time outside of work engaging in local community efforts, ranging from literacy to arts to access to healthcare. She has served on the boards of directors for the Faulkner County Literacy Council, Conway Interfaith Clinic, Conway Symphony Orchestra, and Blackbird Academy of Arts. She is now on the boards of the Arkansas Prostate Foundation and Blackbird Arts Collective, serves on the Faulkner County Domestic Violence Court Project Community Oriented Coordinating Council, and is a member of the Conway Kiwanis Club and Conway Civic League.

“The city of Conway accounts for 53.7 percent of the total population of Faulkner County and over 75 percent of the county’s sales tax is collected in the city limits. My goal is to make sure that Conway residents get their fair share of county services for the taxes they pay. The county played a vital role in accomplishing projects like the overlay of Padgett Road, the roundabout at Salem and College, and the Highway 25 interchange. Conway citizens deserve to receive direct benefit from their tax dollars,” said Vetter.

Allison is married to William Cone, Vice President and General Manager of Green Bay Packaging in Morrilton, has three step-children; Tyler (Audrey), Reid (Shelbie), and Anna, and is the proud “Lovey” to two grand-daughters, Ellen and Norah. Allison and William are members of First United Methodist Church in Conway.

Mayflower Fire Chief Josh Woods stands with his wife, Dena, and their children, Keeton and Kenzie, after receiving the Mayor’s Impact Award on Thursday at the Mayflower Community Center.

MAYFLOWER — When asked to describe what type of person would be a hero, Keeton Woods immediately thought of his father. The Mayflower fire chief was also honored for his dedicated service Tuesday evening by Mayor Randy Holland.

Fire Chief Josh Woods listened with tears in his eyes as Barbra Mathes, the city’s chief of staff, read aloud a literacy assignment his son recently featured him in.

Keeton said the sacrifices his father makes for others makes him a heroic person.

“My hero is my dad,” Keeton wrote. “My dad is my hero because he teaches me to do all kinds of things. My dad is also a firefighter. My dad is a hero to me because he fights fires and saves lives.”

The fire chief has proven himself to be a hard-working, dedicated public servant, Holland said.

His involvement within the city doesn’t end there.

The fire chief leaves powerful impressions on the city’s youth and builds strong relationships with local baseball players and their families.

“We have watched Josh work in and for our community for several years now. We are thankful for his love, compassion and dedication to our community,” residents James and Sheila Sowell said of the fire chief. “We are also thankful that Josh has a true heart to help others. We have had the pleasure of having Josh to coach our grandson in baseball for the last six or seven years now. We have watched Josh work long hard hours for our community, then hit the field with these guys and never miss a beat, all while knowing that he would head back to work after practice.”

Resident Sabrena Thacker said she was thankful the city has a fire chief who genuinely cares for the residents, even when off duty. She shared a memory from September 2019 where Josh was called out to a medical emergency concerning her father. Though she was hysterical, the fire chief “still knew what to say to me to gather my thoughts.”

“Josh was so thorough, respectful and yet so kind that my father still talks about that nice first responder man,” Thacker wrote of her family’s experience with Josh.

A few weeks after the incident, Thacker said she ran into Josh while he was out with his family.

“He was with his family and he still took the time to ask how my father was. Josh could have mentally checked that box that day and moved on, but he went the extra mile. That’s the kind of leader Josh is,” she said. “I hope our community understands how truly blessed we are to have a man of service that passionately leads and serves our town so graciously. I will never be able to repay him or let him know how thankful I was for him to answer the call on a chilly, September morning in Mayflower.”

Those who work alongside him said he deserved the honor and that he is always prepared.

Jodi Meyskens, a local paramedic, said she is always relieved when she sees his burgundy SUV pull up to a scene.

“Josh is one of the best. I have always enjoyed working with him,” she said. “I see him daily representing his community, his family, his brothers and sisters at the fire department and the ambulance personnel that respond to his community. Day in, day out, 365 days a year and twice on Sunday.”

“I know it’s not easy when a meal or a family function gets interrupted or you are awakened in the middle of the night when Josh gets the call,” Mathes said to Josh’s wife, Dena, and the couple’s children, Keeton and Kenzie. “Just know you are appreciated also.”

Officials said blended Fridays will give parents/students the option of learning from home or school.

“Students who choose to learn from home on Fridays will not be counted absent. Instruction on blended Fridays will be 100 percent virtual,” the district said in a letter to parents. “These are catch-up days for teachers and students: there will be no new content taught or major assessments given.”

The district said it is making the change “primarily to help ease the burden on our faculty.”

“We have listened and we trust the feedback received from our teachers: the amount of work required with our current model of instruction is not sustainable,” officials said. “Blended Fridays will give teachers protected time for the added tasks that have come with this unusual school year, and are designed to bring relief to everyone: parents, students, and staff. This is a hard time for all of us. We hope this will help.”

New schedule for onsite students as of Sept. 28

Friday: Blended Learning (students may login to LMS (Seesaw or Schoology) from home for virtual learning or come to school in person to complete virtual work on campus.

Barrett Petty is a candidate for Justice of the Peace in District 6 in Faulkner County.

“I am an educator and student advocate,” Petty said.

While at the University of Arkansas, he was very active on campus and became a member of Alpha Phi Alpha Fraternity, Inc. He then attended John Brown University and received his Master of Science in school counseling.

Petty also received his educational specialist in counseling from Harding University and is a certified school counselor. He graduated with his Doctor of Philosophy in leadership studies from the University of Central Arkansas and he received the Association of Teacher Educators Distinguished Dissertation Award in Teacher Education in 2017.

Petty has 12 years of experience in public education where he taught secondary math and served as an elementary school counselor. His students, parents and co-workers affectionately called him “Mr. P.”

Petty also served as director of college transitions and director of data management and analysis, where he oversaw the academic data of schools in Arkansas, Indiana and New York.

Currently, Petty is the owner and principal consultant of Petty Consulting Group, LLC. He is a member of both the National and Arkansas Education Associations and the Faulkner County Affiliate of the Arkansas Community Foundation where he serves as the chairman of the grants committee.

“It is a privilege to be a part of the team at the Community Foundation that assists non-profits in Faulkner County, especially during this time of COVID-19,” Petty said.

He is a tennis fanatic and works out daily at a locally-owned gym. His array of diverse experiences has equipped him to be an objective and viable member of the Faulkner County Quorum Court. He asks the constituents of District 6 for their vote.