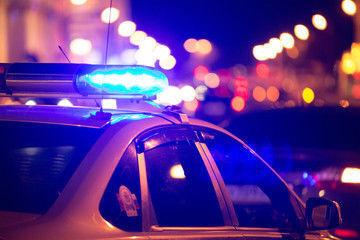 LITTLE ROCK (AP) — An Arkansas man who posed for photos with his feet on House Speaker Nancy Pelosi’s desk during the Jan. 6 riot at the U.S. Capitol will be allowed to return home pending trial.

Barnett, 60, was among supporters of former President Donald Trump who stormed the Capitol as lawmakers assembled to certify President-elect Joe Biden’s victory over Trump. Prosecutors say Barnett was carrying a stun gun when he entered the building.

Prosecutors argued that Barnett should remain behind bars, pending trial, portraying him as threat to the community.

The judge’s order will include “specific conditions of release,” including location monitoring by GPS and surrender of his passport, among others, according to the Arkansas Democrat-Gazette.

Barnett faces three federal charges: knowingly entering or remaining in restricted grounds without authority; violent entry and disorderly conduct on Capitol grounds; and theft of public property or records. If convicted, he faces up to a year in prison.

St. Joseph High School seniors continue the tradition of the past several years of riding their bikes to schools near the end of the school year. The Class of 2021 gathers together after they conclude their ride. See more on A4.

With the tapering of pandemic pressure, the 20th Judicial District is facing a surge of activity.

During the peak of the pandemic, courtrooms were closed for jury trials in order to avoid person-to-person contact. While good for public health, this meant a number of cases were put on hold until social distancing restrictions were removed. With the loosening of restrictions by the state Supreme Court effective May 1, a number of jury trials which were on hold are now being prepared for trial.

Currently 72 cases are planned for Faulkner County in May, with an additional 20-plus planned for Van Buren County, also for May. While some cases are expected to be settled prior to trial in plea agreements, some – especially those for capital crimes – will not have a plea agreement offered, meaning trial is inevitable.

Currently no cases are expected for Searcy County, the third county in the judicial district’s territory.

“We have an excellent team of attorneys and staff who have been working tirelessly to prepare for the resumption of jury trials with the Supreme Court’s permission. We are looking forward to putting our cases in front of juries so that justice can be done on behalf of the victims of the 20th Judicial District. We are looking forward to getting back to business as usual,” Prosecutor Carol Crews said.

The Arkansas Supreme Court originally suspended jury trials in a Nov. 20, 2020, order. By the order, the suspension remained in place until Jan. 15, and was then extended first to Feb. 28, then to April 30.

The order, allowing jury trials to no longer be suspended effective May 1, requires court to follow state guidelines “concerning face covering and social distancing.” The order did not violate speedy-trial requirements due to the nature of the pandemic, the court stated in its order.

The Arkansas State Legislature passed one final bill in the early morning hours of Wednesday, wrapping a final bow on over three months of work at the 93rd General Assembly.

The bill both chambers passed, House Bill (HB) 1957, was only filed on Monday in response to Gov. Asa Hutchinson’s veto of Senate Bill (SB) 298. SB298, sponsored by State Sen. Gary Stubblefield, was known as the “Arkansas Sovereignty Act” and prohibited state and local law enforcement, as well as public officials, from cooperating with federal authorities “in the enforcement of any federal statute, executive order or federal agency directive that conflicts with [Article Two and Five of the] Arkansas Constitution,” per the bill’s language.

The bill also specifically rejected “all acts, laws, orders, rules and regulations of the United States Government, whether past, present or future, that infringe on the people’s right to keep and bear arms.” Despite support from three-quarters of both chambers, the governor vetoed the measure when it came to his desk, writing to the legislature that SB298 would harm the state’s relationship with federal authorities.

The governor further explained his opposition and called to legislators’ attention the hundreds of active cases which would be jeopardized because local law enforcement would be unable to testify in trials which involve illegal firearm possession.

“That testimony would be barred and criminalized by SB298,” the governor wrote. “Additionally, SB298 would allow those violent criminals to sue Arkansas law enforcement officers for assisting their federal law enforcement counterparts. This is unacceptable.”

Sponsored by State Rep. Jeff Wardlaw, HB1957 attempts to narrow the language of Stubblefield’s SB298 and address the governor’s concerns with how the relationship between state and federal authorities could be impacted with its passage. Per the bill’s language, federal laws, orders and regulations “enacted on or after Jan. 1, 2021, that infringe on the people’s right to keep and bear arms” are invalid in the state, narrowing the scope of SB298 and ensuring that active legal cases aren’t jeopardized by the proposed law’s passage. Further, the bill specifically lists exceptions to HB1957’s language, noting that law enforcement officers and other state authorities are still expected to cooperate with federal authorities on actions that don’t specifically involve hypothetical federal gun bans.

“[HB1957] says that [Arkansas] state and local officials will not cooperate on any collection of a tax [or] confiscation of guns,” Wardlaw said on the House floor.

Through a series of recesses and vote calls, both chambers of the State Legislature passed HB1957 after midnight on Wednesday morning by similar vote margins as SB298. The bill now heads to the governor for his approval.

In a final piece of news from Tuesday’s marathon session, SB485 died out after over a month of debate in both chambers. If passed, SB485 would have eliminated the Monday before an election as an early voting day, ending early voting in Arkansas on the Saturday before Election Day. Supporters of the bill said it gave poll workers in the state, many of them older, a break ahead of the final push on Election Day and ensured mistakes were not made due to exhaustion from poll workers. Critics, however, labeled the bill as a way to suppress voters.

Quite divisive, SB485 passed the Senate 19-13 on April 22 and failed the House 39-43 on Tuesday. A motion in the House to ensure the bill, which had failed the House State Agencies and Governmental Affairs Committee on Tuesday morning, but passed in another meeting on Tuesday afternoon, was not brought forward again failed by a significant majority following the bill’s failure to pass on Tuesday.

Despite the legislature’s recess early Wednesday morning, the 93rd General Assembly has not adjourned. Lawmakers will return to the State Capitol to take up redistricting duties as required by the release of the 2020 U.S. Census Data, likely sometime in the early fall.