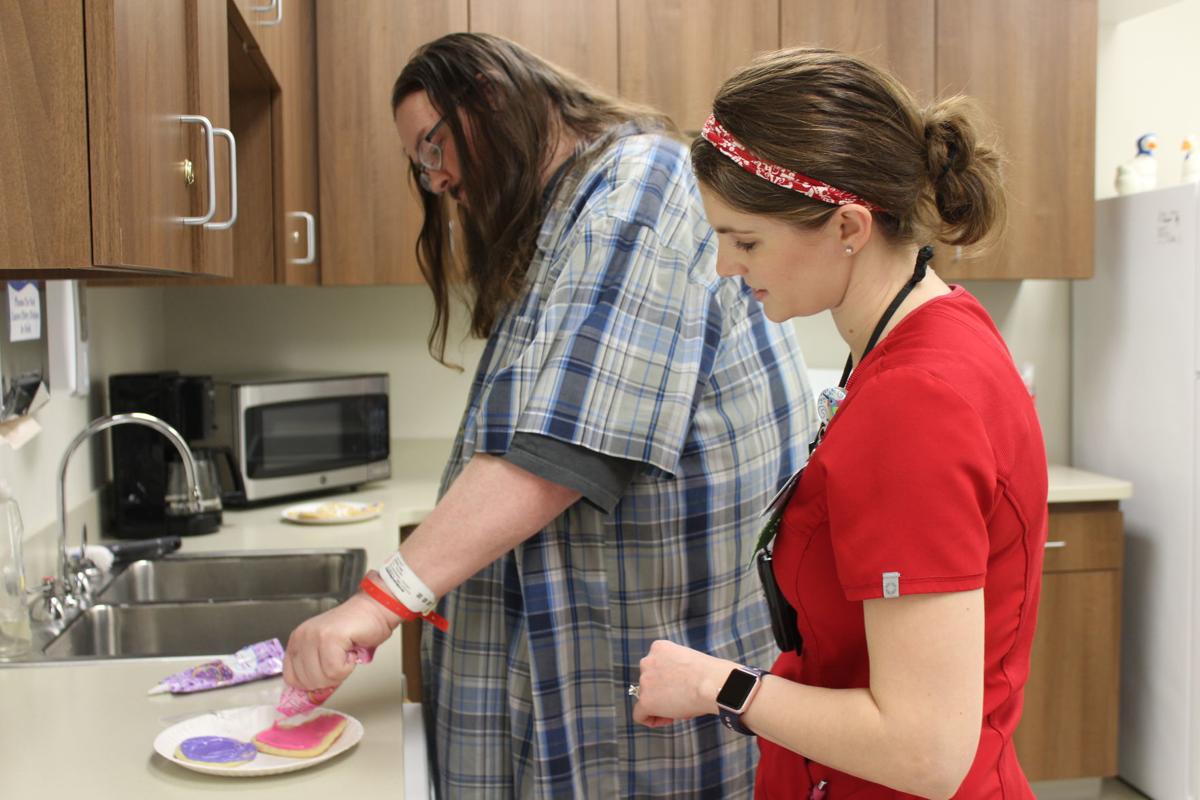 J.R. McGarity ices a cookie with his left hand as part of his rehabilitation program after he suffered a stroke while Occupational Therapist Rebecca Beck supervises. McGarity was the clinic’s first patient after it opened on Feb. 2. 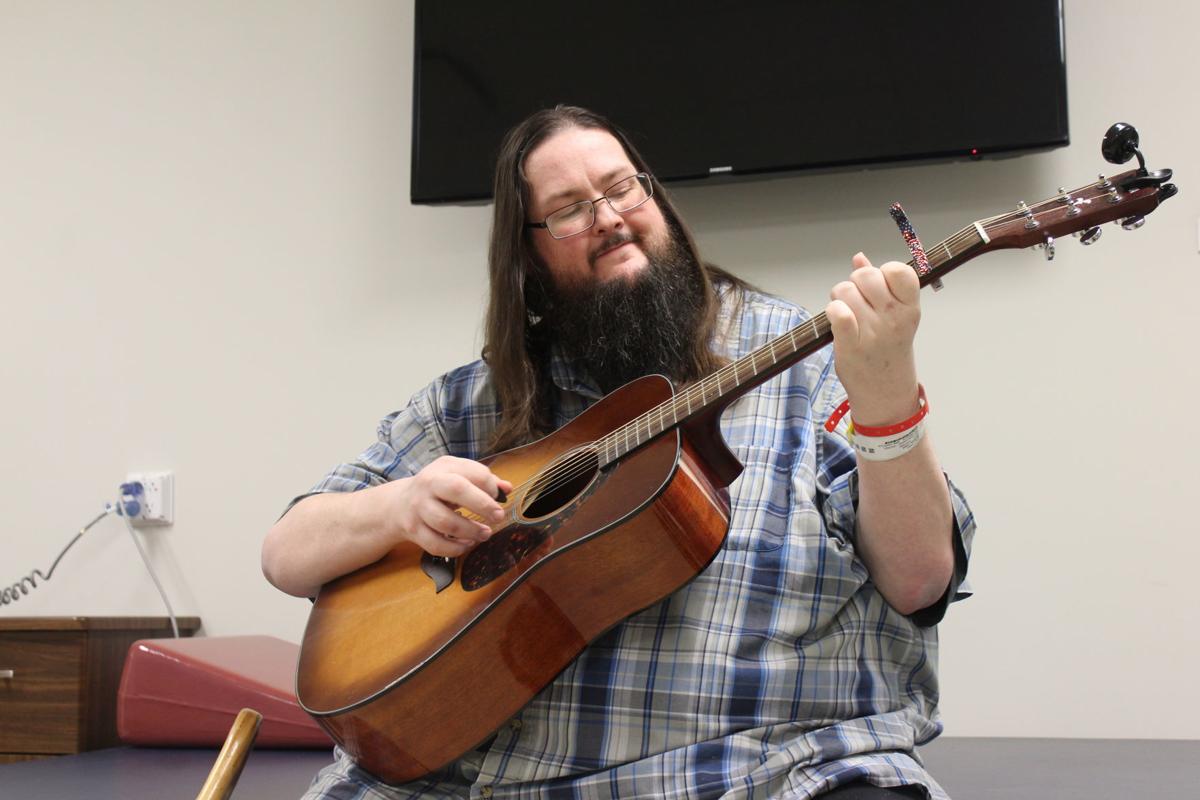 J.R. McGarity, 39, of Morrilton is happy to be strumming the guitar after he suffered a stroke earlier this month. He was the first patient at the newly-opened Baptist Health-Conway Rehab Unit and was discharged Monday with a home plan.

J.R. McGarity ices a cookie with his left hand as part of his rehabilitation program after he suffered a stroke while Occupational Therapist Rebecca Beck supervises. McGarity was the clinic’s first patient after it opened on Feb. 2.

J.R. McGarity, 39, of Morrilton is happy to be strumming the guitar after he suffered a stroke earlier this month. He was the first patient at the newly-opened Baptist Health-Conway Rehab Unit and was discharged Monday with a home plan.

When 39-year-old J.R. McGarity couldn’t play his guitar because he lost feeling in his left hand, he knew something was wrong.

He went to the Emergency Room at Baptist Health-Conway where he learned he had a stroke.

“At first I thought my hand was asleep but I figured out real quick something was seriously wrong,” he said.

After his initial medical treatment, he needed rehabilitation to help him recover his motor skills. Instead of being transported to Little Rock for the treatment, McGarity was able to remain on the Conway campus and be the first patient in the eight-bed in-patient Baptist Health Rehab Unit that opened on Feb. 2.

He spoke to the Log Cabin Democrat on Monday at the facility, where he was in the process of being discharged.

“I had a stroke before and was in another rehab – it was nowhere near the care I received here. They have helped me beyond belief. They saved this hand,” he said, picking up his guitar and strumming lightly as he spoke.

When he arrived at the rehab facility, he had weakness in his left side and couldn’t walk without a walker.

On Monday, he played guitar, baked and decorated cookies and walked with minimal use of a cane.

“They knew how important it is to me to be able to cook and play guitar,” the father of four said. “I cook for my kids. And I make money playing guitar and singing.”

The rehab team set up a home plan for McGarity, where he can continue to get stronger.

“They’ve given me the tools I need to keep going,” he said. “I’m prepared to maintain the regiment at home. I’m really excited about that.”

Erica Robichaud, physical therapist and rehabilitation clinical coordinator, said she is excited about the facility that includes approximately 14 therapists. She said part of what “sets us apart” are the private rooms, access to dialysis and family trainings.

“The patients also have daily access to doctors,” she said. “That’s part of the convenience of being located in a hospital.”

In addition to private rooms, the facility has a physical therapy training room, a full kitchen and laundry room and a dining room where patients can eat meals together.

“It’s nice to bring this to Conway,” Robichaud said.

Though McGarity was the clinic’s first patient, he wasn’t lonely. The clinic had four patients as of Monday and McGarity said he loved the camaraderie he built with other patients.

“We encouraged each other,” he said.

Beck said she was proud of how much he has progressed during his stay.

“I’m excited to see how much progress he’s made in such a short time,” she said. “It’s been a delight to work with him. He’s a really quick learner.”

To learn more about the facility, visit baptist-health.com.

Jeanette Anderton can be reached at janderton