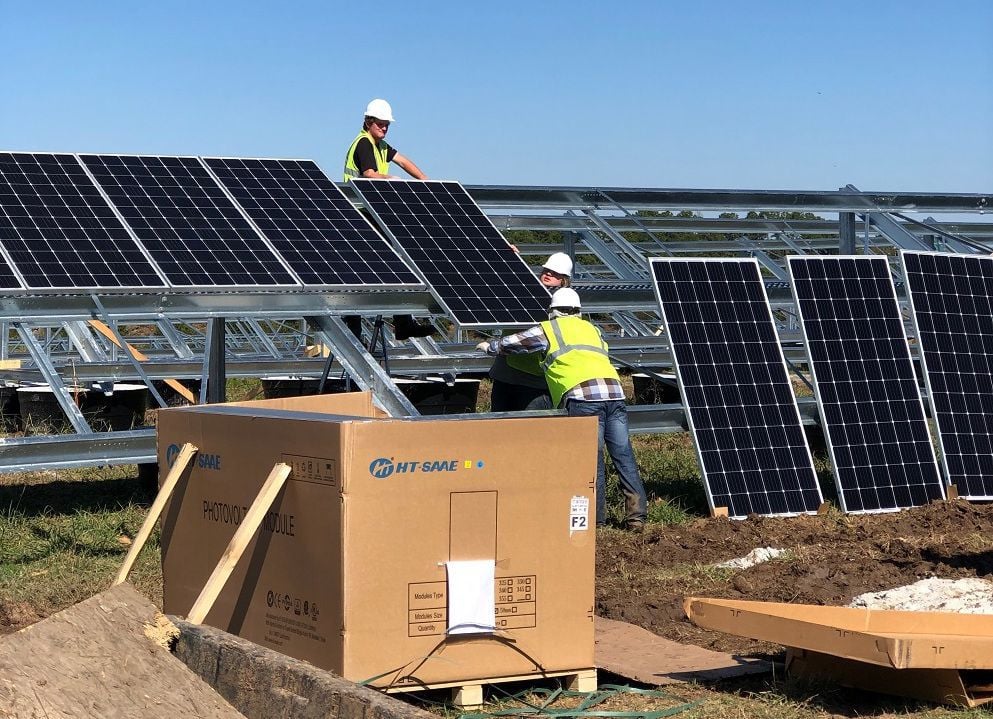 Crews install panels at the Blaney Hill Solar Farm in Conway. The new project is part of Conway Corporation’s plan to reduce their carbon footprint. 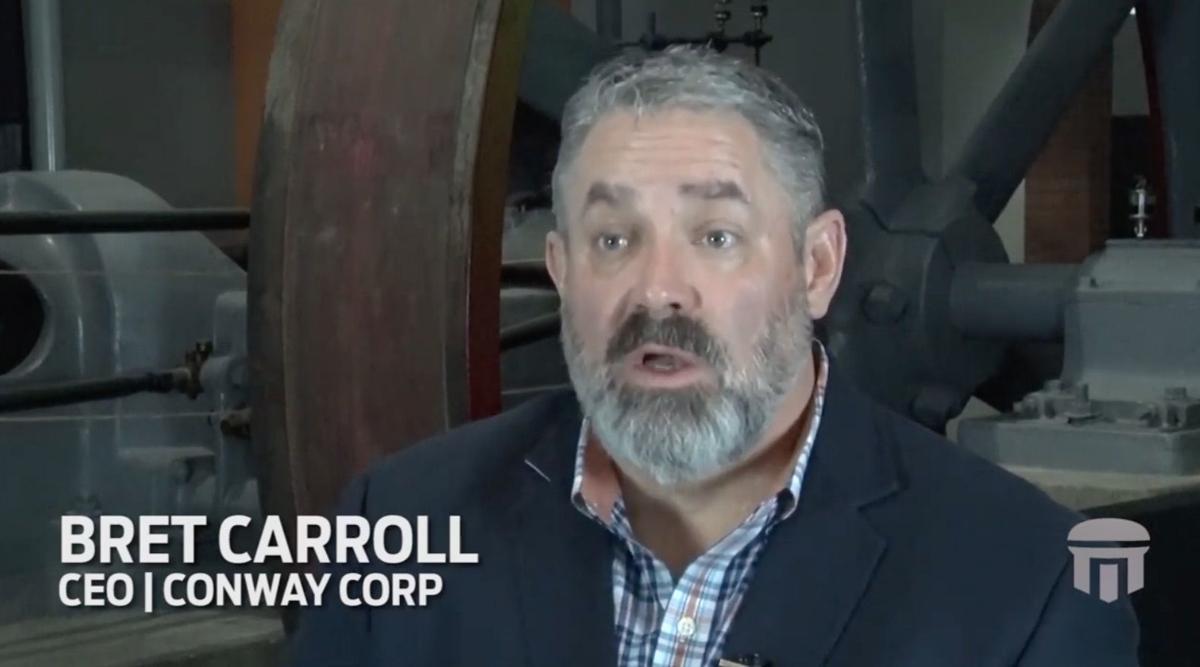 Conway Corporation CEO Bret Carroll talks about the Blaney Hill Solar Farm in one of the company’s recent YouTube videos.

Crews install panels at the Blaney Hill Solar Farm in Conway. The new project is part of Conway Corporation’s plan to reduce their carbon footprint.

Conway Corporation CEO Bret Carroll talks about the Blaney Hill Solar Farm in one of the company’s recent YouTube videos.

Conway Corporation gave an update on its plans for the Blaney Hill Solar Farm project during its monthly board meeting on Tuesday.

CEO Bret Carroll told board members that he and Conway Mayor Bart Castleberry took a trip out to see the progress recently.

“We just drove up there and looked at it,” he said. “Looks pretty good. I think that might be a good field trip opportunity for us as the weather gets nice. Go out there and take a look at it.”

Carroll said they’re already starting to generate electricity from that facility, which uses solar panels to capture light from the sun, converting it to energy to use for electricity.

Conway Corporation has been looking at solar projects for several years, which the CEO said aligns with the company’s mission statement: “Conway Corp is dedicated to exceeding our customers’ expectations in producing and delivering safe, affordable, reliable, innovative and environmentally-sound utility and telecommunication services while enhancing the quality of life in our community.”

When they began looking for places, they looked at property the city had and Carroll ended up contacting Castleberry about a potential partnership.

“I said absolutely,” the mayor said.

Castleberry said the city has about 154 acres out at the Conway City Landfill, the decided right spot for the solar farm, which will take up around five acres. In addition to the solar farm, the city is also building a mountain biking trail out there as well.

“It just makes sense for us economically,” Carroll said. “The timing is really good. The prices are good. We want to provide reliable, affordable energy to our customers and at the same time, be environmentally sound. It checks all the boxes as far as those things are concerned.”

At first, the solar farm is expected to produce an estimated 1.8 million kilowatt hours a year, with 32,964,667 kilowatt hours expected over the next 20 years, enough to power more than 150 homes annually, numbers based on the average annual electricity consumption for U.S. residential customers.

According to Conway Corp officials, the farm’s lifetime production should reduce the city’s carbon footprint by the “equivalent of CO2 emissions from 2,623,045 gallons of gasoline.”

During the board meeting, Carroll also gave board members a peek into some additional plans for the area.

He said he spoke to someone recently who traveled to Nashville, Arkansas, which has its own solar power facility. What Carroll learned through this conversation, though, was that Nashville officials had also placed educational materials near the plant so community members and visitors would also have the opportunity to learn a bit more about what was going on there. That could include answering questions that ask what the solar panels do, how much money it saves and how it generates electricity.

“We may be looking at doing some of those things,” he said.

Board member Tom Courtway also made a suggestion for the future. He said it might be a good idea to consider hosting school field trips out at the farm too. Carroll said they could look into that.

“There’s just a lot of things about this project that I can feel really good about,” Carroll said. “It is a big deal.”

He said there are a lot of cities that have had made announcements about what they’re doing similar.

“We’re proud of this,” the CEO said. “It’s not for political reasons that we’re doing it, it’s not for publicity. It’s because an independent, third party said, ‘You guys need to do this for planning for power supply for the future for the city of Conway.’ This is what we came up with. It’s been a lot of hard work but I’m very proud of the way it handles so many things that are apart of our strategic plan: it’s economical, it’s environmentally sound, it meets our customer’s needs, it positions us to recruit an industry that really has some sustainability. There’s just nothing bad about it.”

Castleberry said the city is “very interested” in ways to become more green, important for the future of Conway.

“This is the first step,” he said.

Staff writer Hilary Andrews can be reached at handrews@thecabin.net