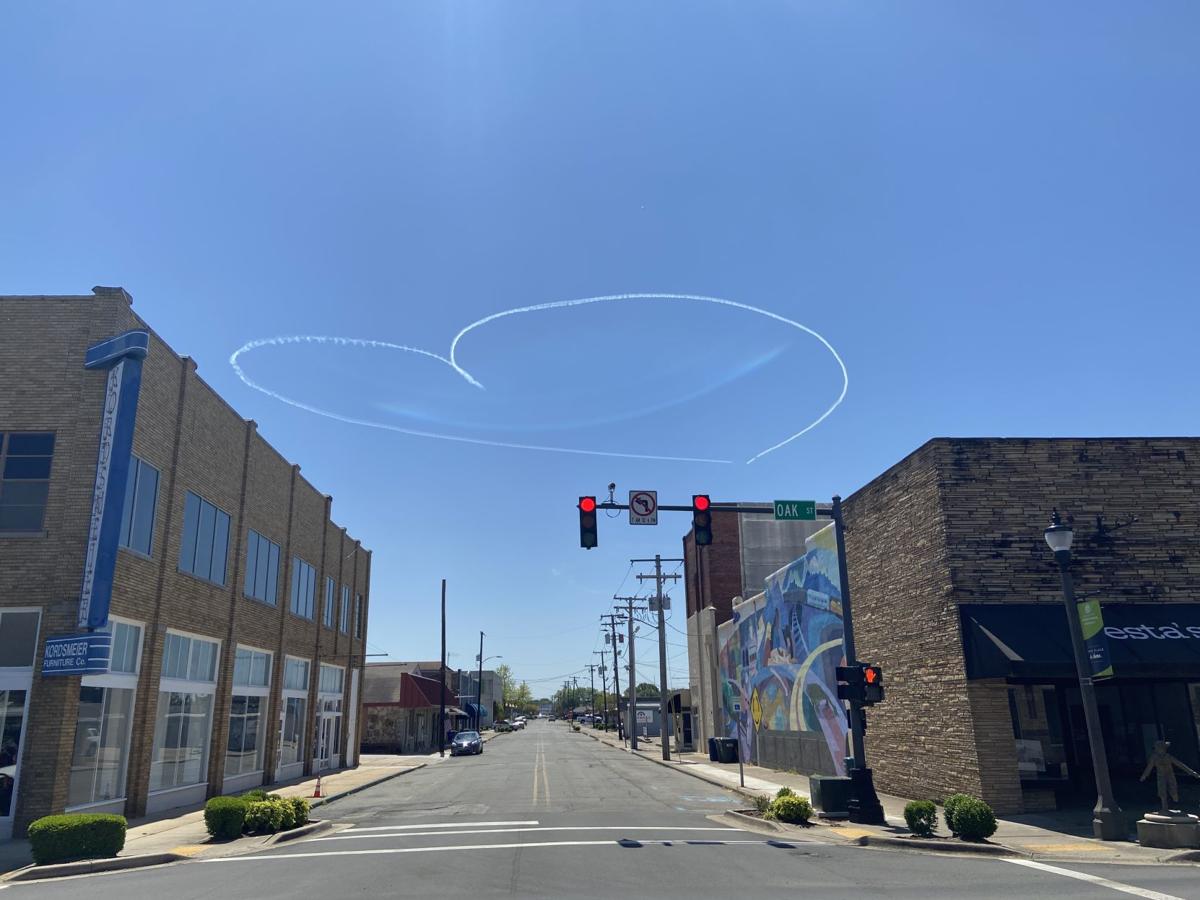 This photo taken by a Conway resident shows one of the hearts above downtown Conway. 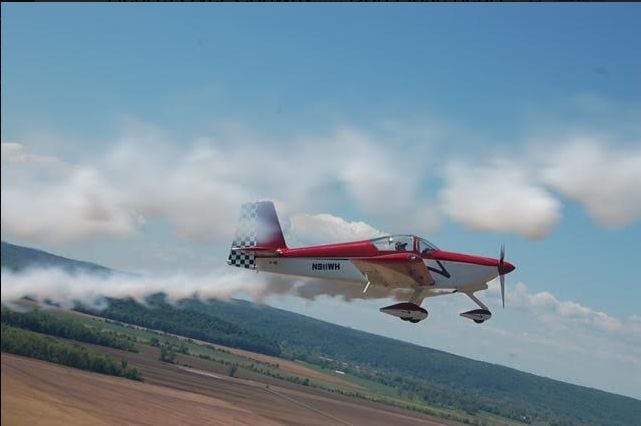 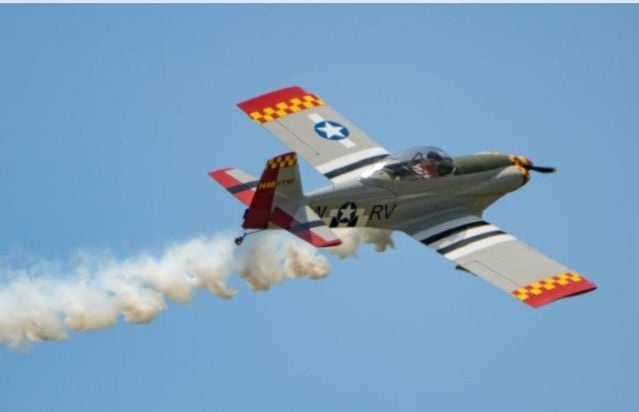 Marvin Homsley prepares to create one of the hearts above Conway with his Van’s RC-4. 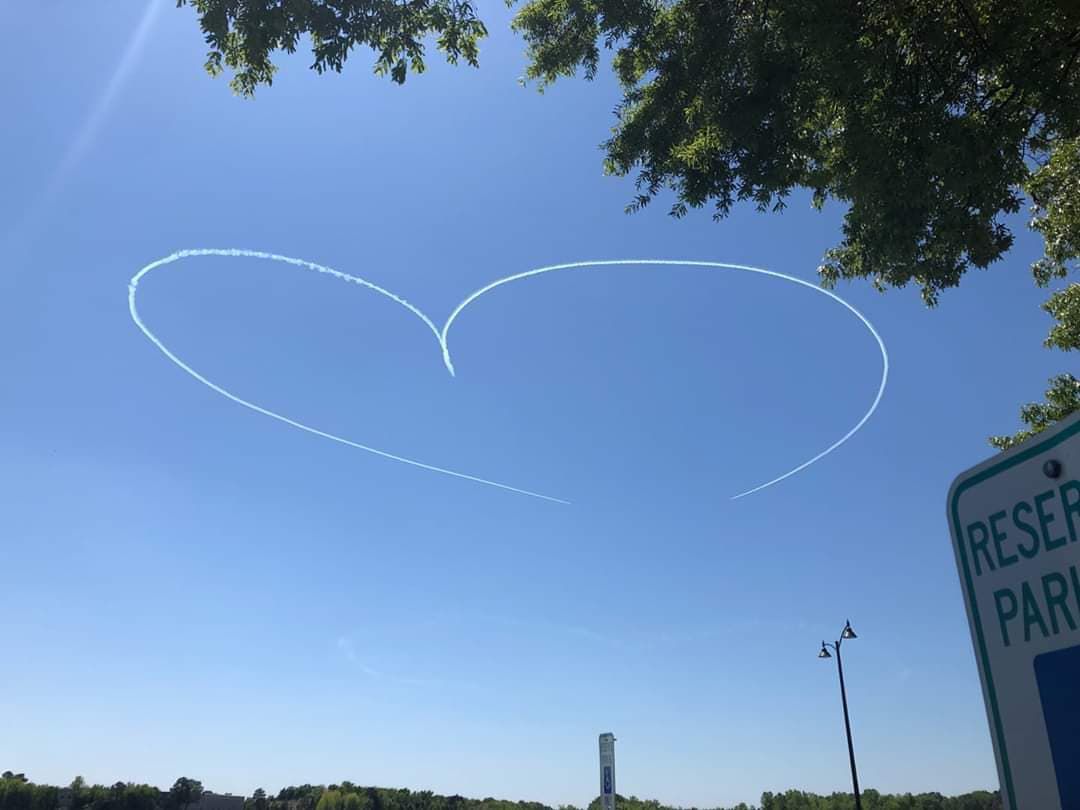 Another view of the hearts above downtown Conway.

This photo taken by a Conway resident shows one of the hearts above downtown Conway.

Marvin Homsley prepares to create one of the hearts above Conway with his Van’s RC-4.

Another view of the hearts above downtown Conway.

Two central Arkansas brothers took to the sky Tuesday to spread love over Conway by creating art in the sky.

Jerry and Marvin Homsley put their flight formation skills to the test and created two large hearts in Conway on Tuesday.

The two brothers are members of the Bulldog Flight team and hopped into their home-built aircrafts to spread love over Conway.

The two took to sky above Conway and let loose some smoke, leaving behind a trail designed to look like hearts.

Jerry said the two practiced over Lake Conway before making their way toward the city.

“We practiced out toward Lake Conway … we hadn’t done that before. We’ve done sky writing, but not hearts,” Jerry told the Log Cabin Democrat. “Once we determined the proper altitudes and angles and when to turn the smoke off, we moved into Conway and did two.”

Conway residents noticed the brothers’ efforts immediately. Social media buzzed with talk asking who was responsible for the artwork in the sky as residents shared their snapshots of sky-art.

“My first thought was: ‘Oh my word, that is so sweet,” Tara Mallett, a Greenbrier resident who works in Conway, said. “A symbol of hope!”

Resident Crissy Hightower was driving by the Lewis Crossing Shopping Center when she noticed.

It was a pleasant surprise, she said, adding that she first saw another motorist looking up to the sky before she also looked up.

“It brightens my day to look up and see there is a heart in the sky,” Hightower told the Log Cabin. “[It] shows that there is still love in the world.”

The mission behind the hearts over Conway was to remind residents not to lose heart during the pandemic, Jerry said.

“We’re all in this together. It will be over soon,” Jerry said. “Don’t lose heart.”

The brothers wanted to honor Conway’s health care workers and also spread hope throughout the city. The Homsleys are also preparing for a larger show in Little Rock.

“Our plans for Little Rock are to amp this up to have eight aircrafts,” Jerry said.

An exact date has not been scheduled, but the surprise show will likely be “late next week.” Jerry said those hosting the show will need to wait for the perfect day before taking to the sky again.

“We had a beautiful day today, so Marvin and I decided to practice,” he said.

The two brothers, along with other Bulldog Flight team members participate in larger air shows across the mid-South, including the Little Rock Air Force Air Show in late October.