If you need to purchase a subscription.
You are the owner of this article.
Edit Article Add New Article
Home
News
Sports
A&E
Business
Opinion
Obituaries
Multimedia
Announcements
e-Edition
Classifieds
Share This
1 of 5 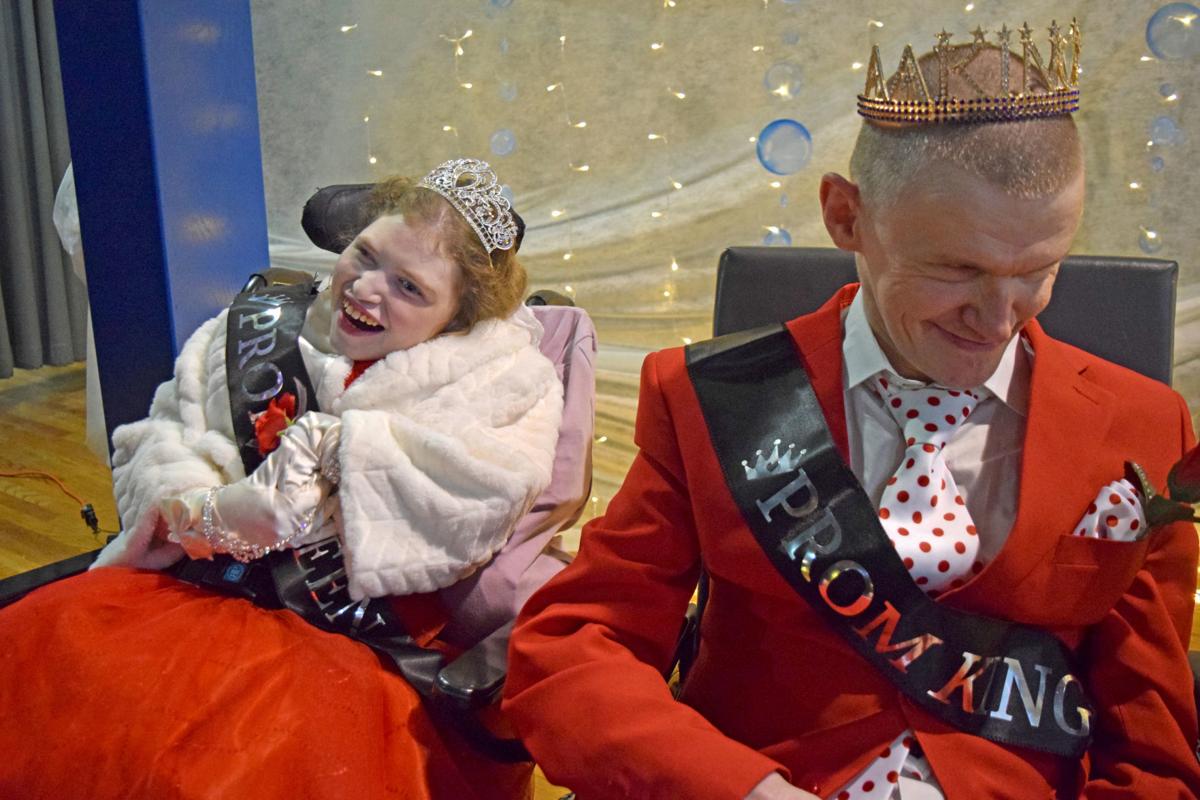 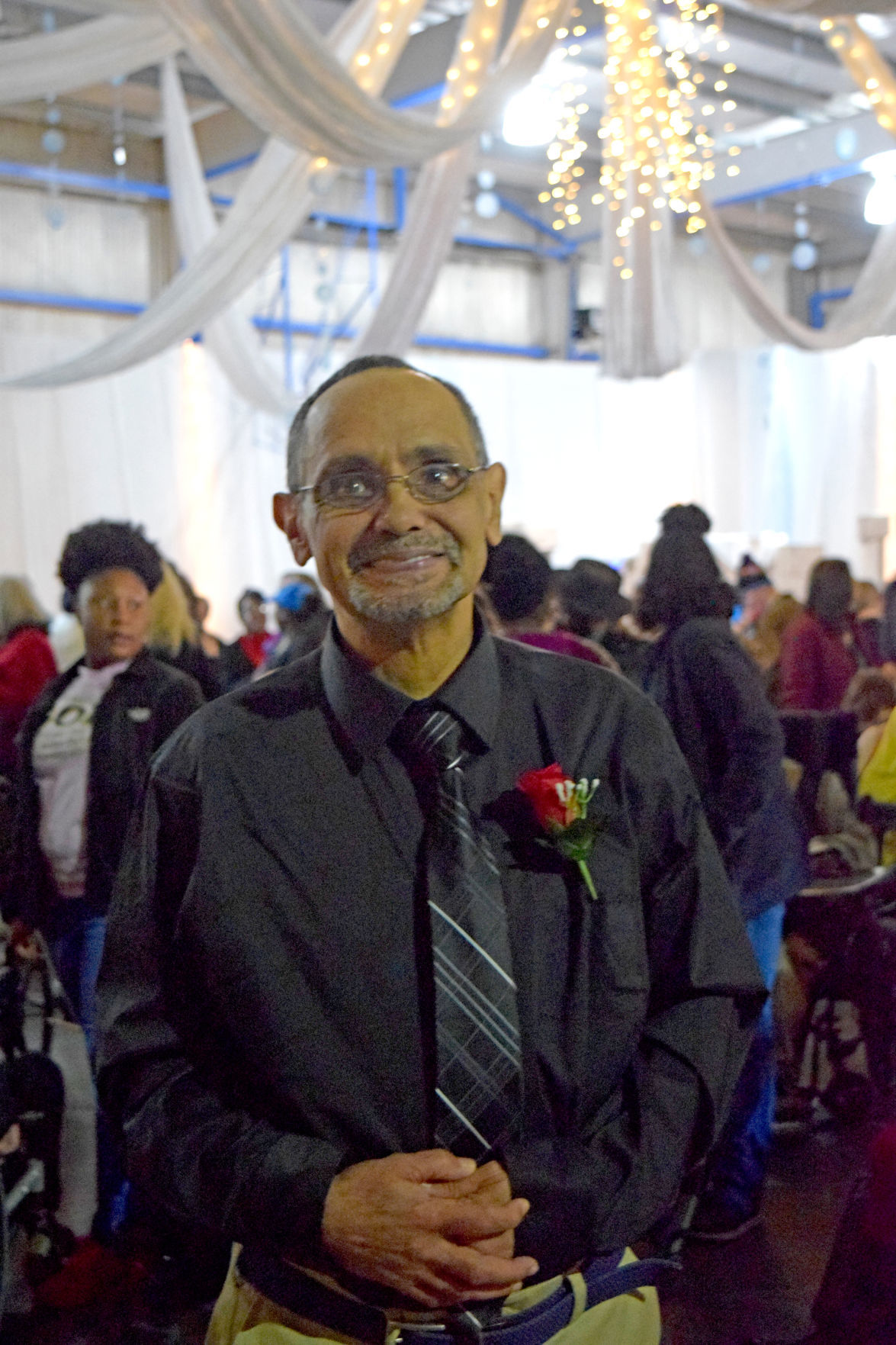 Resident Frankie Santiago poses for a photo before making a splash on the dance floor Thursday afternoon. 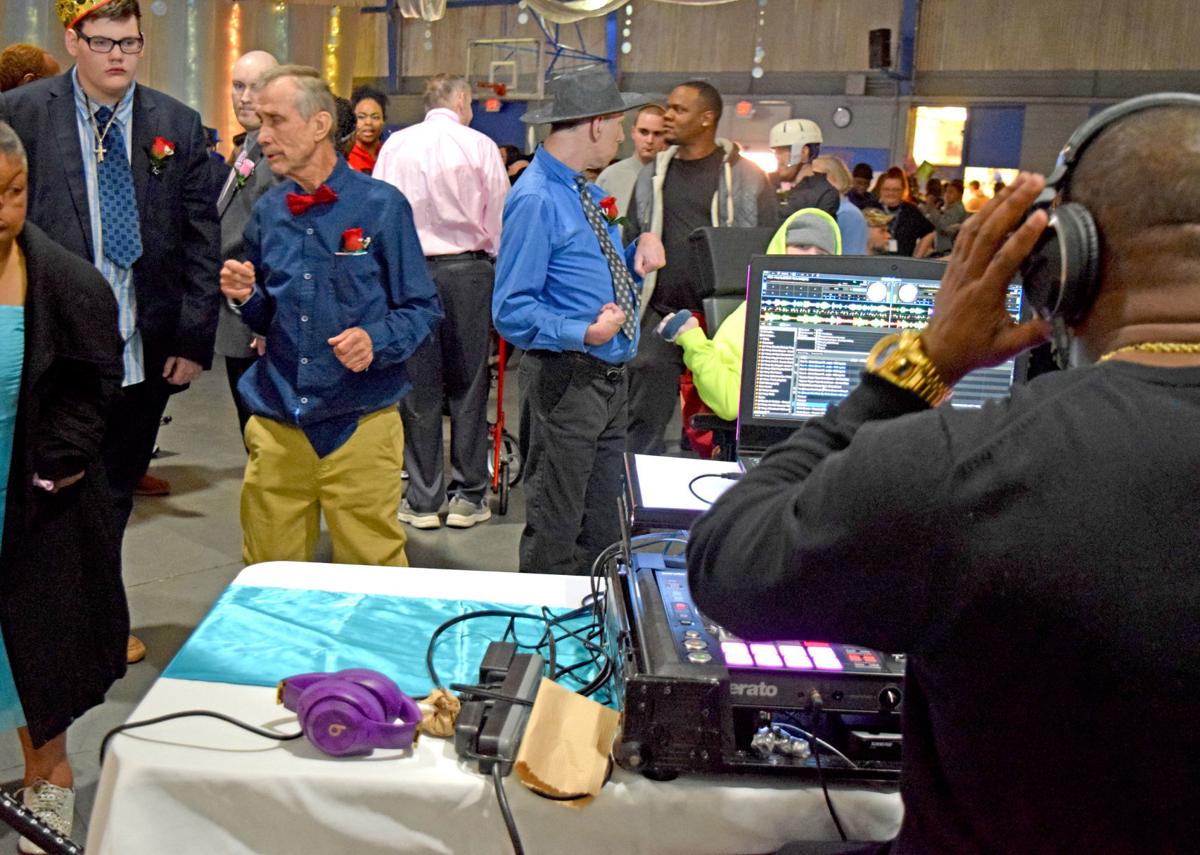 Residents gathered near the DJ and showcased their best moved at the third annual CHDC Valentine’s Day prom. 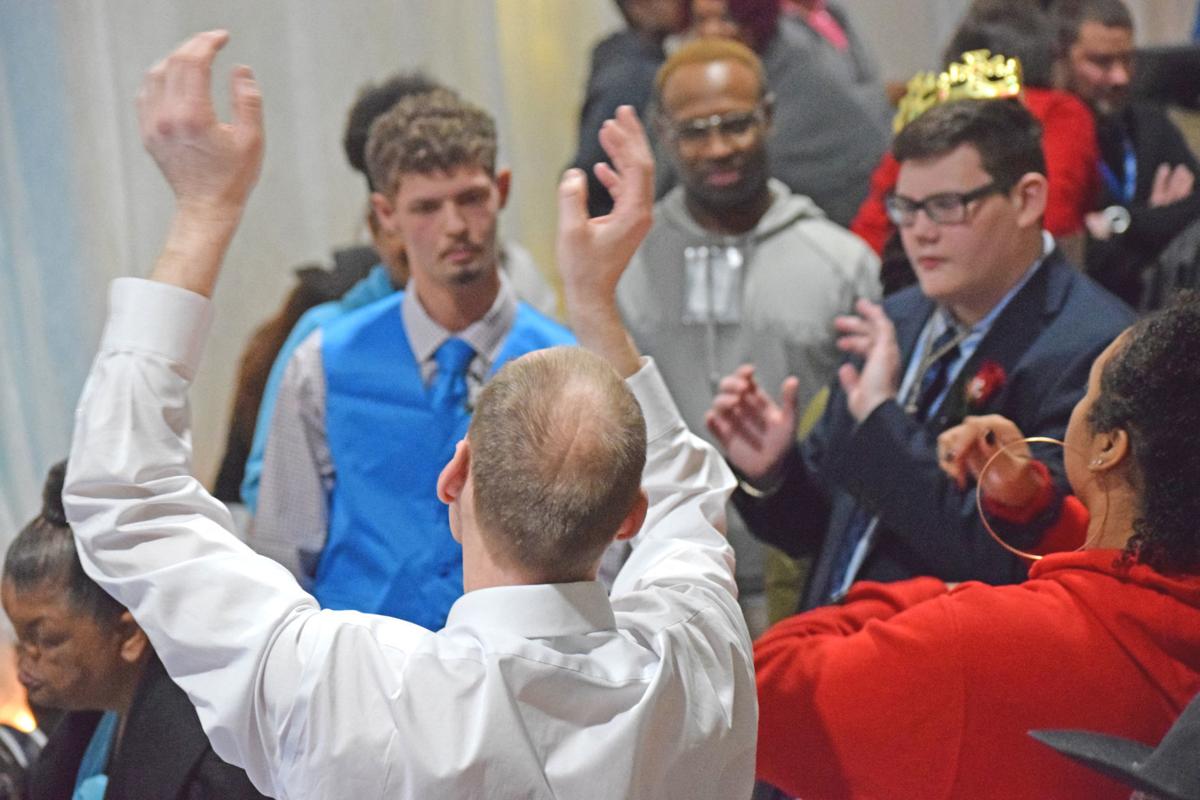 CHDC staff danced and laughed alongside the facility’s residents during the event. 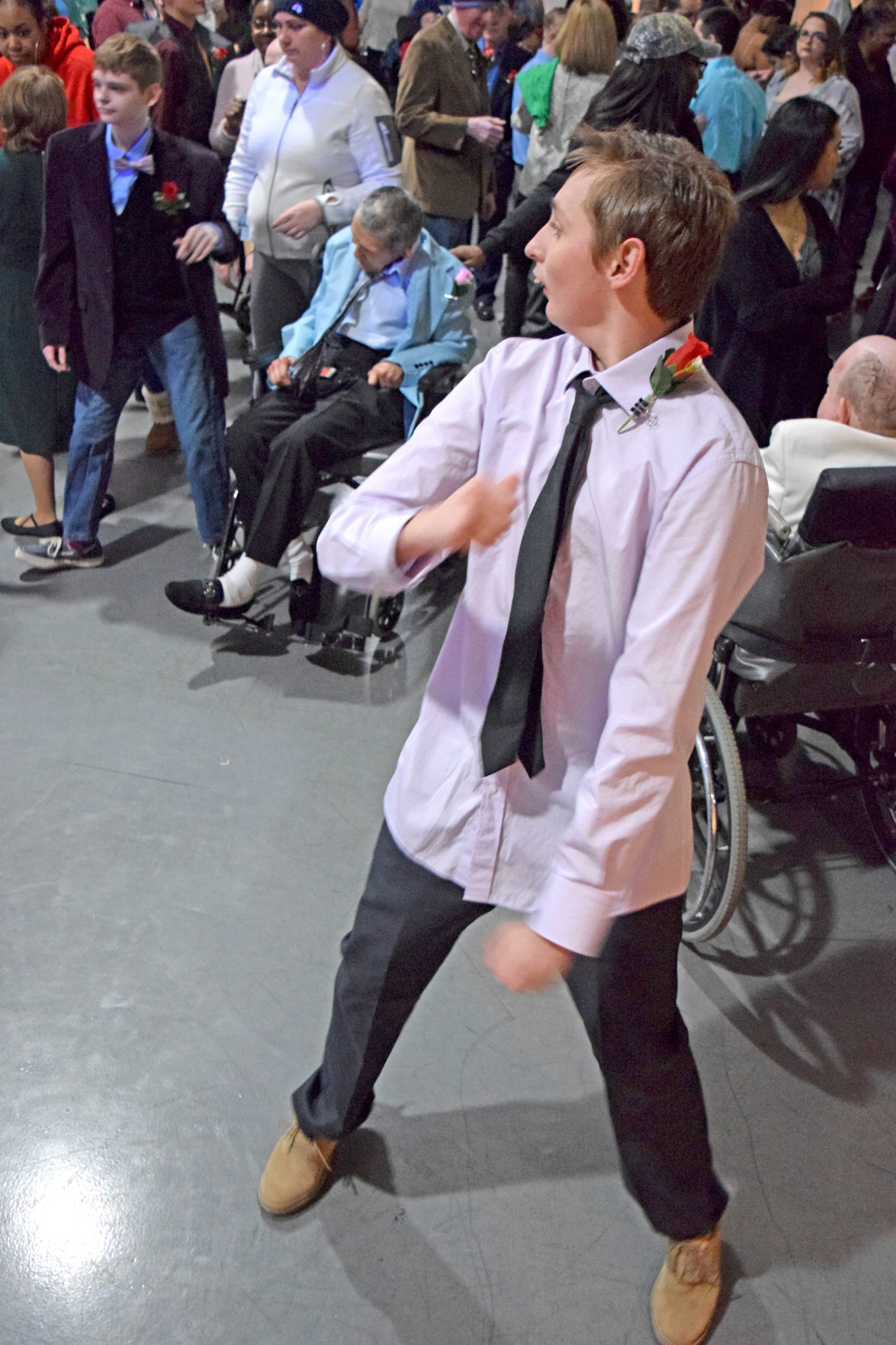 Resident Austin Mcloud spent much of the afternoon on the dance floor.

Resident Frankie Santiago poses for a photo before making a splash on the dance floor Thursday afternoon.

Residents gathered near the DJ and showcased their best moved at the third annual CHDC Valentine’s Day prom.

CHDC staff danced and laughed alongside the facility’s residents during the event.

Resident Austin Mcloud spent much of the afternoon on the dance floor.

Hosting events such as the annual prom allows residents to take part in activities they otherwise would never have the chance to participate in, CHDC Superintendent Sarah Murphy said.

The Valentine’s Day prom has grown into a campus favorite.

“It’s just so much fun because the residents and staff get to dress up and enjoy fun times dancing,” Murphy told the Log Cabin Democrat. “The suspense of who’s going to get prom king and queen has become a huge deal.”

Macy Saunders and Jimmy Backsnik were respectively named prom queen and king during the 2020 CHDC Prom.

Leah Hutto, who is a program coordinator at CHDC, said the 2020 Prom Queen and King were deserving of their titles.

“Jimmy is a happy-go-lucky guy who enjoys life,” Hutto said of the 2020 prom king.

The 49-year-old resident enjoys attending his classes at CHDC, specifically the adult enrichment course, and likes getting dressed up, Hutto said.

The program coordinator said the 20-year-old 2020 prom queen also enjoys getting dolled up from time to time.

“Macy is the happiest person I have ever met in my life,” Hutto said. “She loves everyone, and she is such a social butterfly.”

Celebrating an “Under the Sea” theme, residents danced and “splashed” their way across the Ed Jennings Gymnasium to spend time with their caregivers, laugh with friends and to take photos with one another.

Employees worked to transform the gymnasium into an oceanic getaway on Tuesday.

Relaunda Jones, a Department of Human Services program assistant, said she and her shelter living team worked diligently when decorating to ensure the facility’s residents would enjoy themselves during the prom event.

“The final project is gorgeous. It was worth the stress,” she said looking out on the dance floor Thursday afternoon. “My residents are my No. 1 priority. I love them to death. This is their world, and we want to make it special for them.”

Bringing the sea-themed dance floor to life was made possible with the help of the entire CHDC campus community, Jones said.

“It was a whole team effort, a whole ground effort,” she said.

Dance parties are popular among the facility’s residents. Celebrating this love was the inspiration in coordinating the first-ever CHDC Prom in 2018. The formal event allows the residents to dress up in formal attire as they enjoy a fun-filled afternoon.

“This is a time when everyone gets to get dolled up and feel a little extra handsome and beautiful,” Murphy said.

During the prom event, many residents participated in dance competitions, others posed for photos and some watched their fellow residents out on the dance floor from the sidelines.

By the end of the day, each of the facilities 465 residents was able to stop by the gym and participate in the prom event.