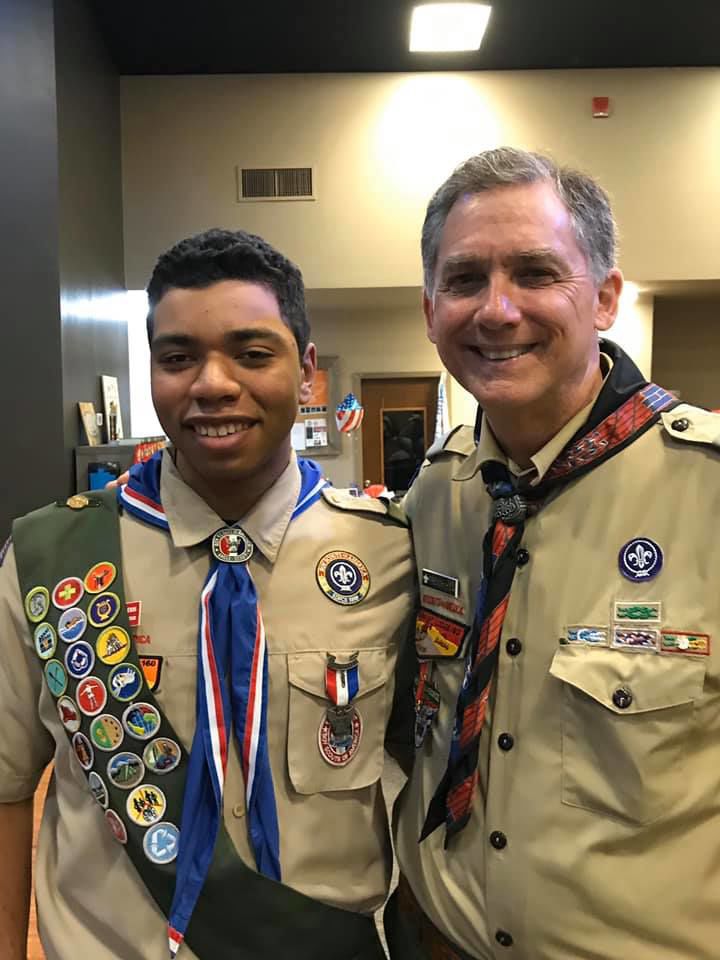 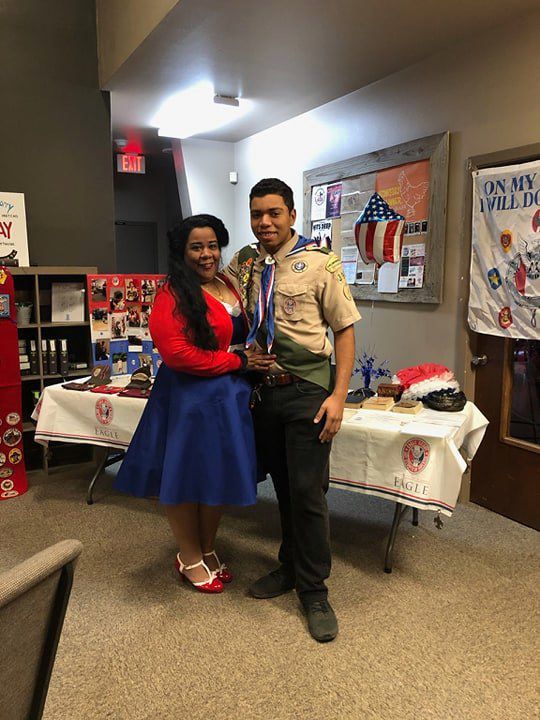 Sue Peña said she was proud of her son for working toward an Eagle Scout honor.

Sue Peña said she was proud of her son for working toward an Eagle Scout honor.

Though challenging, Nicolas “Nico” Kenneth Alexis said he was proud to become an Eagle Scout.

A graduation ceremony was held Saturday at the Woodland Heights Baptist Church in Conway.

“The process was long and challenging,” he told the Log Cabin Democrat. “There was a day when I went pretty much everywhere in Conway to get signatures. It’s a tedious task, but one I learned from nonetheless.”

Alexis is a senior a CHS. He joined the Boy Scouts program about seven years ago and is now in Troop 392.

Through the years, the 17-year-old Conway resident said he stuck with the program because it encouraged growth and taught him valuable life skills.

“Being in the program has given me a sense of pride, joy and taught me a lesson in putting in effort,” Alexis said. “These past few years have also given me amazing stories, memories and opportunities on how to be a leader. I’m proud of what I’ve accomplished and can’t wait to use it in real life.”

Alexis and his mother moved to Conway from New York to pursue greater opportunities, Sue Peña, his mother said.

Since the move, Alexis has blossomed.

He has earned a spot in the Order of the Arrow, made it to brotherhood in the scouting program and received an Arrow of Light honor.

Through the years, Peña said she has watched her son mature and develop life-long skill sets in the Boy Scouts program.

Before joining Troop 392 in Conway, the teen was a member of Troop 30 in Little Rock.

“My son has come a long way from start to finish in becoming an Eagle Scout,” Peña told the Log Cabin. “His determination, self discipline and hunger for success were part of the drive he had in him to get this done. He knew it wouldn’t be easy, he knew it wasn’t going to be handed to him and he knew he had to work hard for it – and he did. I am so proud of him in everything he does, from academics to Eagle Scout to enlistment in the Army National Guard. There’s nothing he can’t do. I love my son and the young, honorable man he’s become.”

Congressman French Hill attended the graduation ceremony Saturday and congratulated Alexis both on becoming an Eagle Scout and also on his decision to enlist in May.