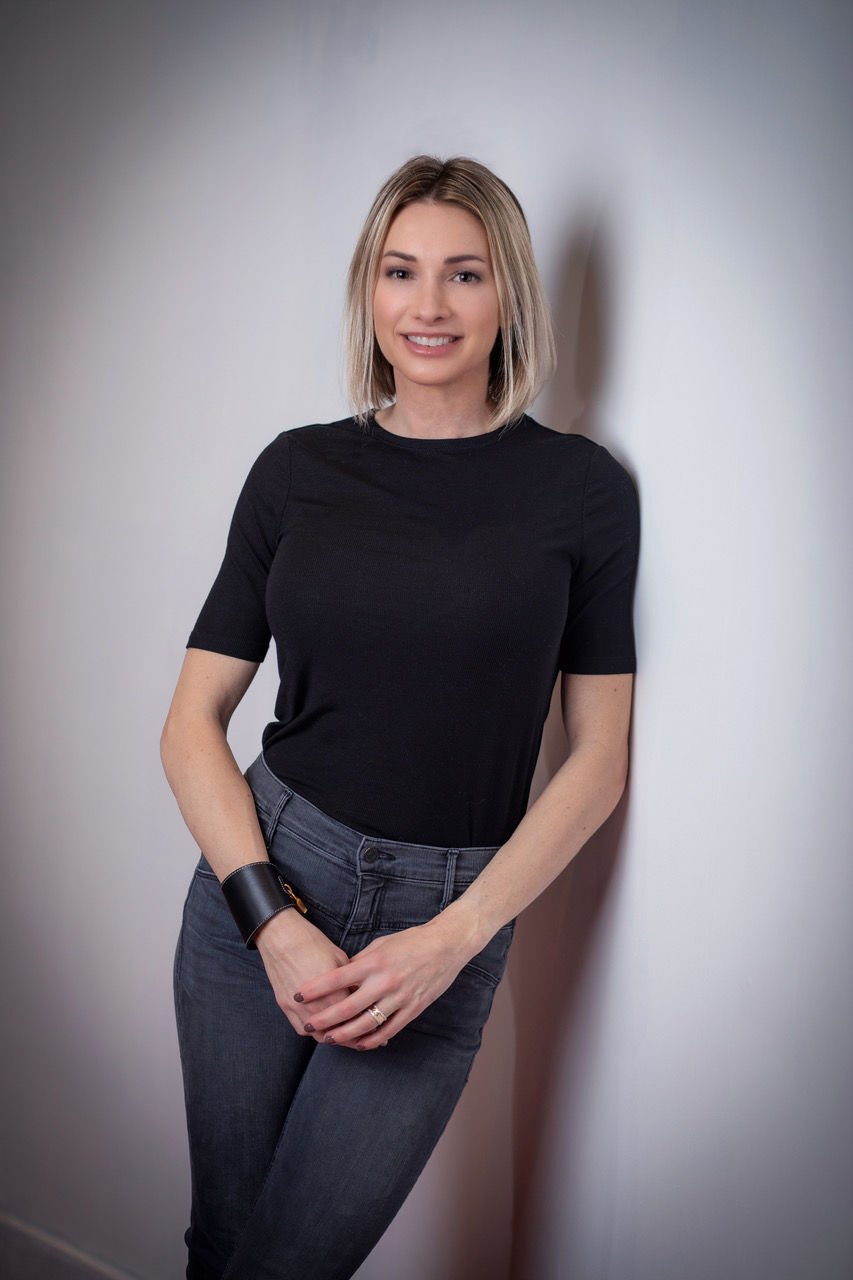 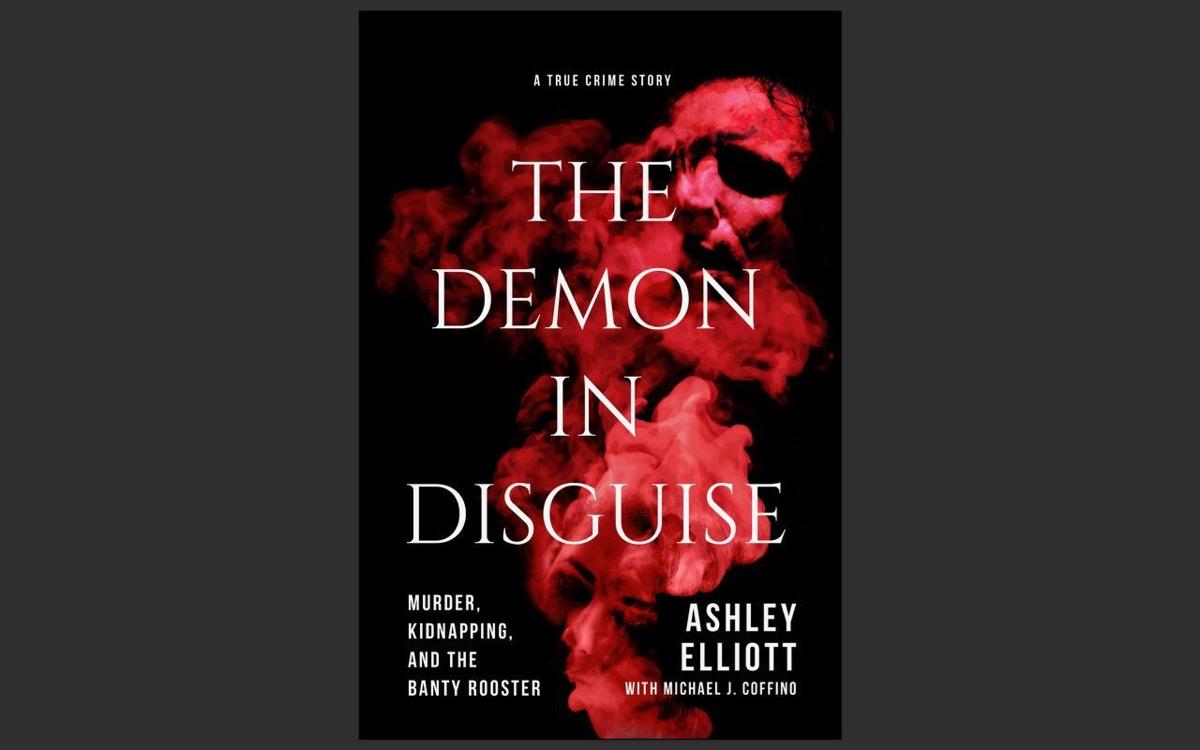 Ashley Elliott (left) details her loss, trauma and occasional outrage at the justice system in her new book, “The Demon in Disguise: Murder, Kidnapping, and the Banty Rooster” (above). The book is available on Amazon and at Barnes and Noble. Elliott will have a book signing from 6-7 p.m. Oct. 14 at the Faulkner County Library.

Ashley Elliott (left) details her loss, trauma and occasional outrage at the justice system in her new book, “The Demon in Disguise: Murder, Kidnapping, and the Banty Rooster” (above). The book is available on Amazon and at Barnes and Noble. Elliott will have a book signing from 6-7 p.m. Oct. 14 at the Faulkner County Library.

Growing up in Conway, Ashley Elliott thought her family was almost as perfect as a Norman Rockwell painting. When, at age 15, her parents – Carter and Lark Elliott – divorced and she went to live with her mother, Ashley was disillusioned. It put a strain on her relationship with her father.

Over the next 10 years, she moved to Utah, graduated college, and began to grow closer to her father. At age 25, Ashley was engaged to be married and planning to have her father walk her down the aisle. Then came the devastating news on May 19, 2002.

Her father and his 25-year-old business protege, Timmy Wayne Robertson, had been murdered at Carter’s Conway residence.

It was the first double homicide in Conway’s history, and horrified not only the families but the community as well.

Media characterized the homicides as a hit, an execution-style killing, with Carter as the likely sole target and Robertson as collateral damage. There was no shortage of suspects or theories, but there was scant physical evidence.

Then, just a month after her father’s funeral, something unthinkable happened – on June 21, 2002, Lark was drugged, dragged out of her home in Utah at gunpoint and held captive in Nevada for almost 48 hours.

Ashley, who was in Arkansas with her brother Trey handling family business at the time, immediately knew who was to blame – Richard “Dick” Conte, MD, Lark’s second husband.

Lark was rescued and Conte went to prison for her kidnapping. While Conte’s actions landed him at the top of the suspect list for the double homicide, it would be nine years before he would face charges in the case.

“It took about a decade, three different prosecutors, and Dick being released from the Nevada State Penitentiary for charges to actually be filed against him for double homicide,” Ashley said in an interview with the Log Cabin Democrat.

Ashley details her loss, trauma and occasional outrage at the justice system in her new book, “The Demon in Disguise: Murder, Kidnapping, and the Banty Rooster.”

The book follows Ashley’s fight for nearly a decade to get investigators, prosecutors and family members to take her suspicions seriously.

Ashley told the Log Cabin she “didn’t necessarily set out to write a book” when she started poring through documents obtained through the Freedom of Information Act.

“I wanted to know all of the details of my dad’s and Timmy Wayne’s murder and of my mom’s kidnapping,” she said. “I wasn’t allowed in the courtroom during the trial. I set out to piece together from start to finish, a logical format of what happened. Having the information filled in blanks that were missing for me.”

Ashley said that researching the documents and writing the book were cathartic for her.

“Each of these events were trauma. I thought PTSD (post-traumatic stress disorder) was something only war heroes suffered from. Everything was a trigger for me,” she said. “I had to reclaim my life and that was an extensive process that took me about 15 years. I feel like I tried everything, did everything, and nothing could bring back my family. I believe writing this book has been the greatest thing I could have ever done for myself.

“I reconciled my father’s murder, Timmy Wayne’s murder and my mother’s kidnapping with myself and in the end, that is all the work I needed to do.”

Ashley said she is grateful to the Conway Police Department and Faulkner County Prosecuting Attorney’s office for “their willingness to provide me information about my father’s case.”

“I’m very grateful to Lt. Barrett. I appreciate what he did for me personally and I appreciate his time,” she said. “I’m grateful to anybody who helped me go from A to Z about my dad’s case. That closed up so many wounds.”

Ashley has a bachelor of science in organizational communication form the University of Utah. She is an advocate for victims of trauma. She lives in Utah with her husband and children. “The Demon in Disguise” is her first book.

It is available for purchase on Amazon and at Barnes and Noble.

On Oct. 14, Ashley will return to Conway for a book signing and reading at the Faulkner County Library. The event will be from 6-7 p.m. and is free and open to the public.