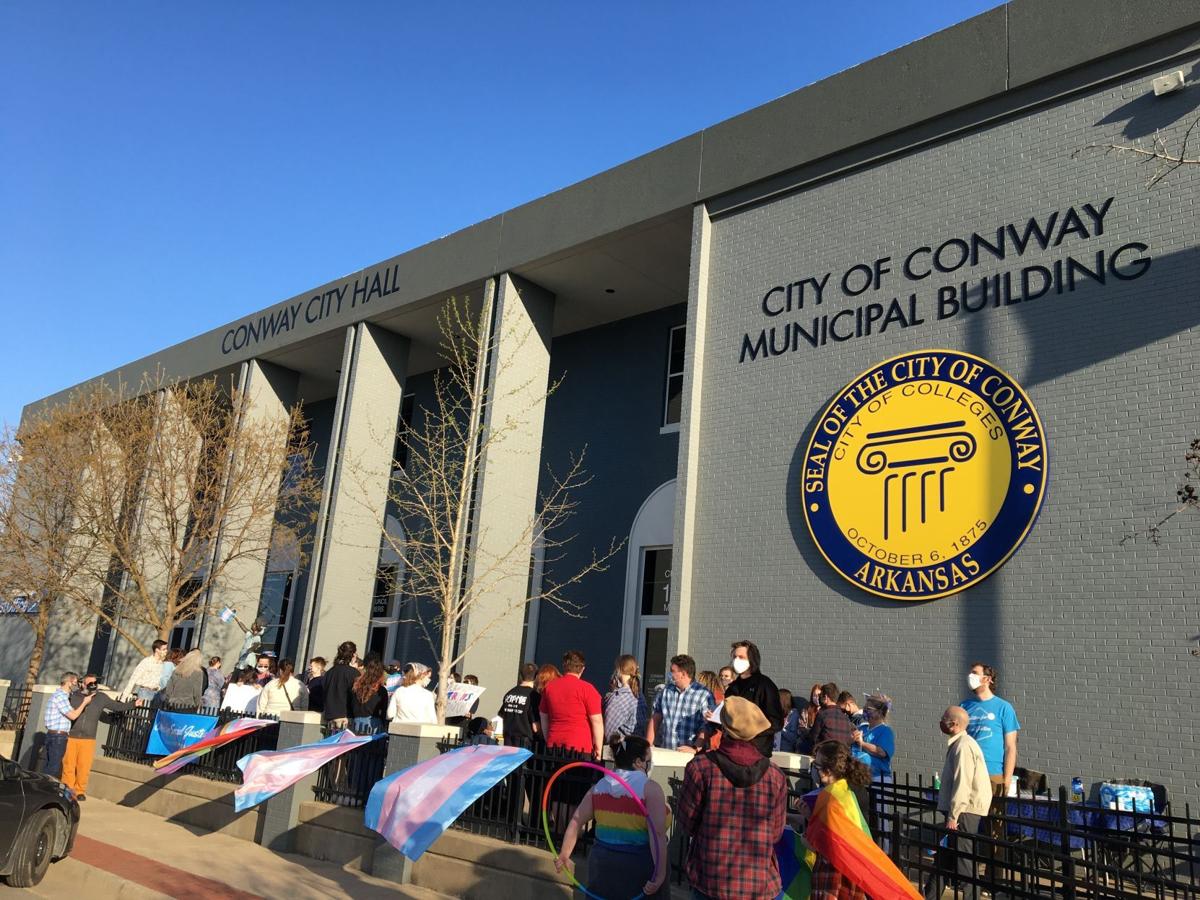 Dozens show their support during a rally in front of Conway City Hall on Transgender Visibility Day. 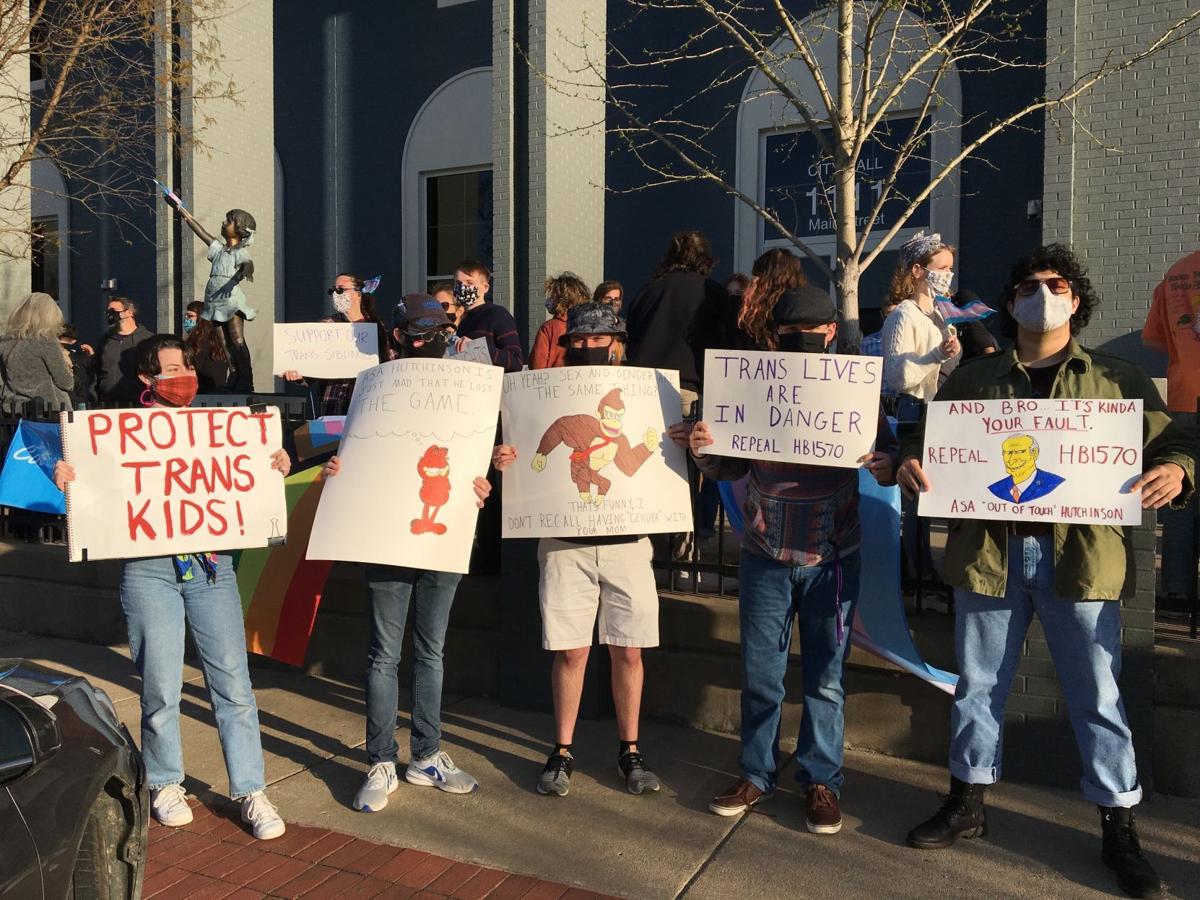 Dozens show their support during a rally in front of Conway City Hall on Transgender Visibility Day.

Dozens of people attended a Transgender Day of Visibility rally at City Hall on Wednesday to show support of the transgender community.

The rally was organized by the the Faulkner County Coalition for Social Justice.

People stood with signs such as “Trans Lives Are In Danger, Repeal HB1570” and “Protect Trans Kids!”

Brady Shiers, Faulkner County Coalition for Social Justice treasurer, said all were welcome at the rally.

“Today is Trans[gender] Visibility Day,” he said. “We thought it was important as a community to come out and be seen, whether you’re trans or an ally to let our elected officials know that we don’t like the way the government is conducting things.”

He said recent bills passed by the Arkansas legislature, such as SB354, HB1570, HB1749, were harmful. HB1570 is on the governor’s desk for consideration, but Gov. Asa Hutchinson already signed the other two into law.

He encouraged people to ask the governor to veto HB1570.

“We’ve sent out calls to action to flood the governor with emails and calls asking him to [veto] HB1570,” Shiers said.

Stephanie Gray, who helped found the coalition in Faulkner County and currently serves as the group’s president, said the new laws are emboldening the transgender community and its allies to take action.

“As many bills as [the governor] signs, isn’t going to erase transgender people in Arkansas. That’s not going to happen. We’re not going away. As much action as the legislature tries to take, this just further radicalizes us to take action and to mobilize together to protect our rights,” she said.

She said the group was formed shortly after the election of 2016.

For more information on how to join the coalition, visit the group’s Facebook page titled Faulkner County Coalition for Social Justice.