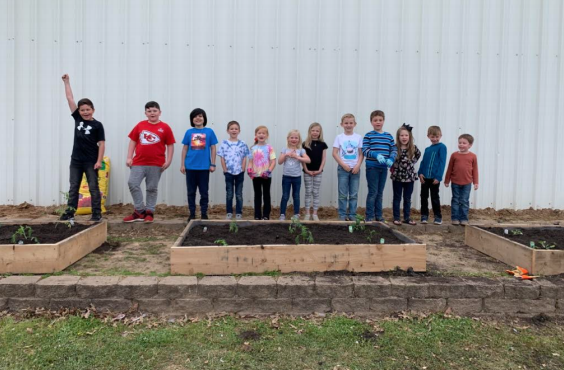 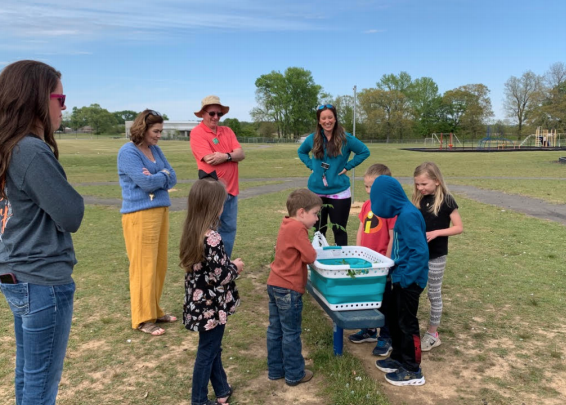 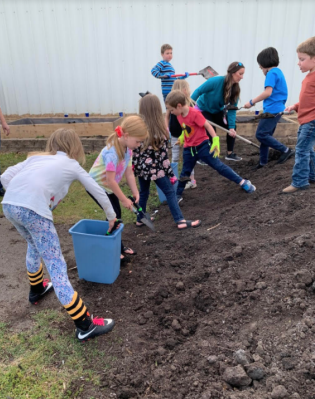 The community garden, built in part due to a grant from the Arkansas Department of Agriculture Farm to Table Program and a donation of $200 from Brock Custom Homes of Conway, was an effort which involved multiple levels of effort across Greenbrier Public Schools’ campuses and the surrounding community, Eastside staff member Tyler Fletcher wrote in a write-up to the Log Cabin.

“[Eastside] reached out to the local businesses Whit Davis and Springhill Feed, who were able to give us discounts and donations such as lumber, soil, hoses and plants,” Fletcher wrote. “High school agriculture [students] built five raised [garden] beds and even added the [district’s] panther logo on the front.”

In the weeks before Thursday’s event, students at Eastside worked to fill the newly-built garden beds with soil and practiced mathematical problems by using the beds as an example, Fletcher wrote.

On Thursday, district staff and families planted multiple kinds of vegetables in the garden beds, including squash, cucumbers and tomatoes, among others. Fletcher wrote that the school hopes its new garden will help in-need families around the community.

[Eastside] has such high hopes for this garden and want it to provide healthy options for families in our community [in need] and are part of our food box program,” Fletcher wrote.