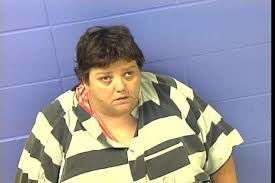 A Faulkner County woman who pleaded no contest earlier this year in the Medicaid fraud case filed against her was sentenced to three years in prison last week.

Vonita Galerose Herbert (Pitones), 32, was arrested in March 2017 alongside her mother, Juanita Faye Rowden (Cruz), on suspicion of Medicaid fraud and abuse of an endangered woman.

The two women were set to stand trial earlier this year but instead pleaded no contest to the felony charges.

A nolo contendere (or no contest) plea is equivalent to a guilty plea under Arkansas law. With this plea, a defendant “does not specifically admit the allegations which form the basis for the offenses charged against him/her, and elects not to contest such allegations, the nolo contendere plea will, for all purposes, be treated by the Court the same as a guilty plea.”

According to the sentencing paperwork filed against Herbert on Nov. 13, the 32-year-old Faulkner County woman was ultimately found guilty of theft by receiving, a Class C felony, and abuse of adults, a Class D felony, and was sentenced to serve three years in the Arkansas Department of Corrections. Court documents also indicate Herbert also received a two-year suspended sentence.

Rowden, 51, was also found guilty of theft by receiving and abuse of adults and was ordered to serve five years of felony probation, according to court records.

The Arkansas Attorney General’s Office worked alongside local prosecutors in the case against Rowden and Herbert.

According to the attorney general’s office, the two are accused of billing $2,639.70 for services not rendered to an 89-year-old woman who was bedridden.

The alleged victim had been diagnosed with dementia and was severely impaired in cognitive skills for daily-decision making, according to court documents.

The Medicaid Fraud Control Unit (MFCU) launched its investigation against the mother and daughter after a Faulkner County prosecutor submitted a referral, according to a probable cause affidavit.

“She was totally dependent for all activities of daily living,” the affidavit reads. “The victim resided with her privately paid caregiver Ms. Rowden, who was hired by the victim’s daughter … Ms. Rowden provided care 24 hours per day, seven days per week. Ms. Rowden arranged Personal Care and Elder Choice Respite Services for the victim and solicited her daughter, Ms. Herbert, as the ACMC aide to provide the services.”

The Personal Care program covers physical necessities such as help with bathing, dressing, eating, housekeeping, laundry and other services.

According to the affidavit, the victim was found “in serious need of medical attention” on May 8, 2015.

“The victim had pneumonia, was dehydrated and had multiple bedsores/pressure wounds,” the affidavit states.