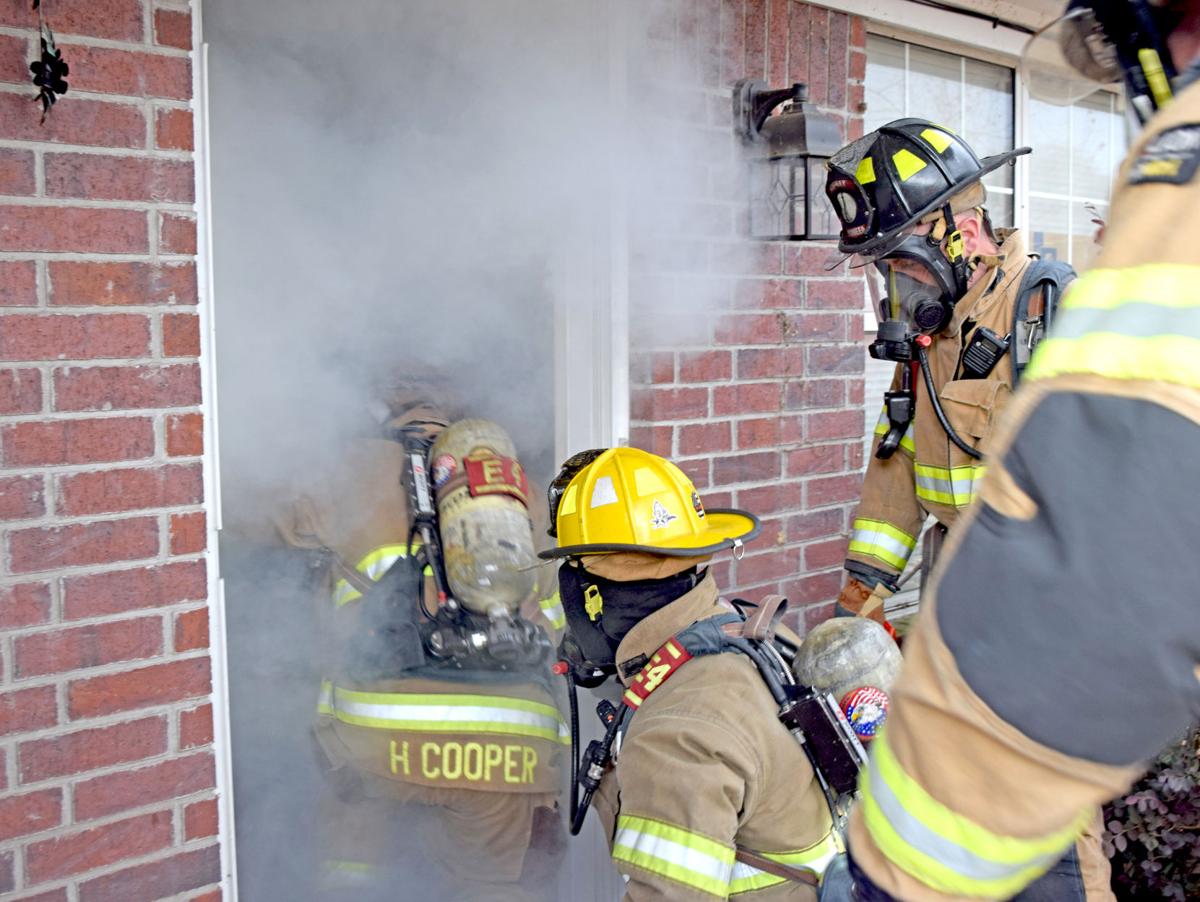 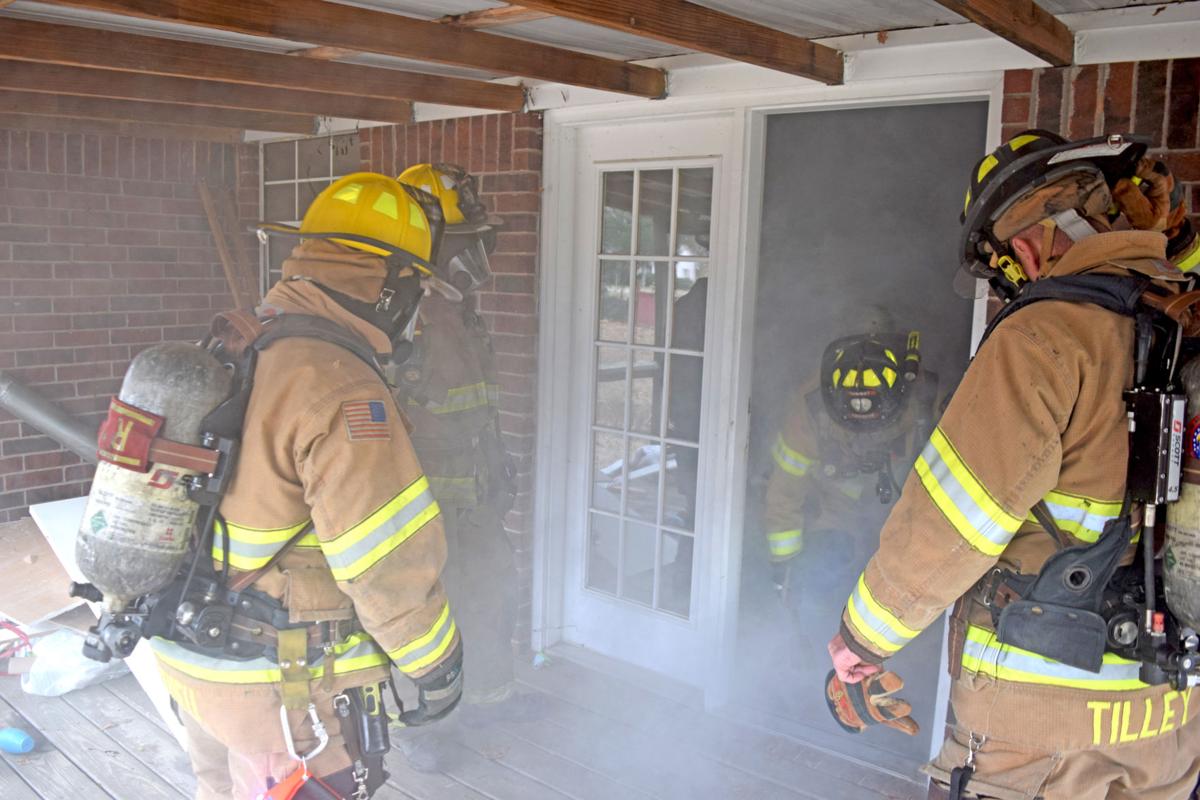 The fire department is able to train in seven vacant homes on Sugar Creek Drive before city officials have the residences demolished in early March. 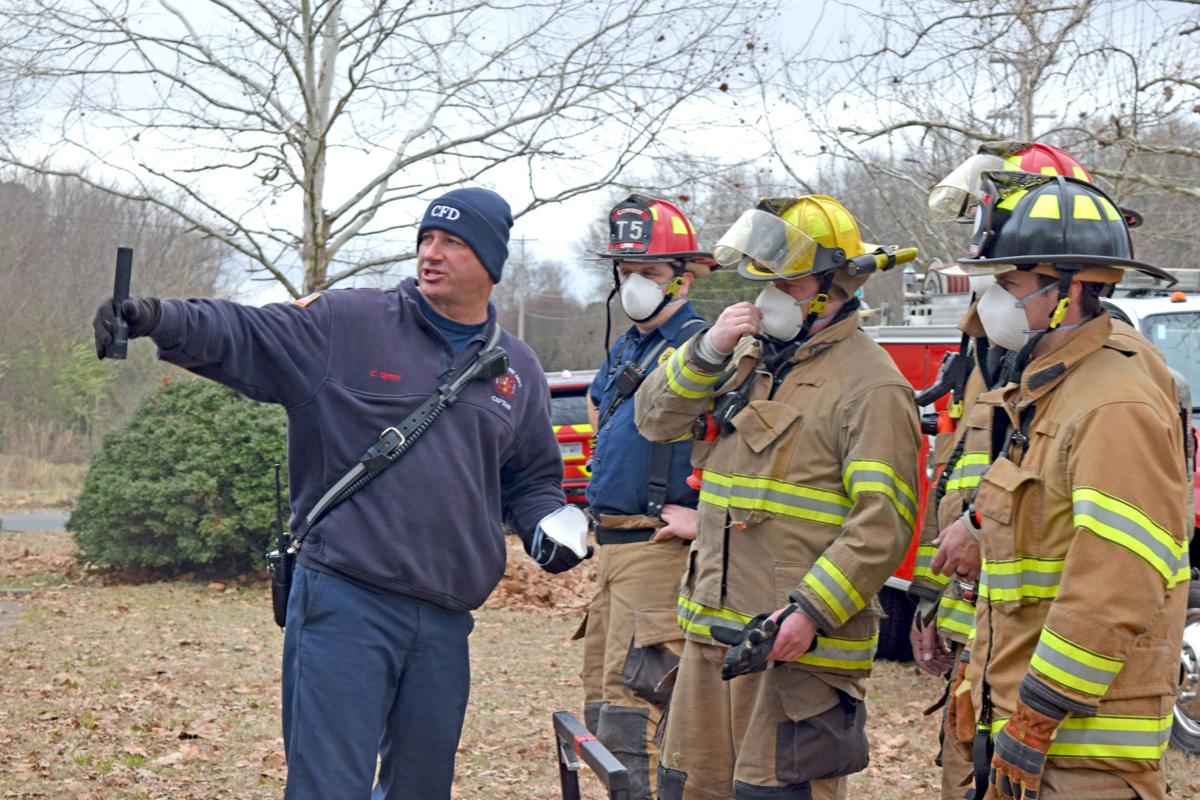 The fire department is able to train in seven vacant homes on Sugar Creek Drive before city officials have the residences demolished in early March.

As the city prepares to demolish eight homes along Sugar Creek Drive in the coming weeks, Conway firefighters are taking advantage of training opportunities.

More than 100 Conway Fire Department employees participated in searching and ventilation training sessions throughout the week at a vacant home on Sugar Creek Drive. The residence is one of eight purchased by the city in an effort to eliminate issues in this particular flood zone.

Allowing the fire department to make use of the vacant homes is a unique training opportunity that city spokesman Bobby M. Kelly III said encourages firefighters to put their previous training skills to the test.

“After a while, (the firefighters) begin to memorize the training facilities. They go to the same places every time and can pretty much do all the drills with (their) eyes closed. What was nice about his training is that before they opened the front door, they had no idea what to expect,” Kelly said. “They had in real time to rely on their training while in training.”

The house was filled with simulation smoke as fire crews crawled their way through, searching for any possible victims in the house. Once the teams located the victim (training dummy prop), the group reconvened outside the residence.

Battalion Chief John Skinner said that while the simulation did not mimic the heat of an actual fire scenario, the smoke filled the home and blocked the firefighters’ ability to see just as the black smoke in a house fire would.

After completing the search scenario, the training switched gears and focused on ventilation.

Positive pressure ventilation is “a way of removing smoke so we can begin ventilating a house so we can see and make it habitable,” Upton told the Log Cabin Democrat.

This technique allows the fire department to bring in fresh air and push the smoke out. Skinner said this can be accomplished by setting up a large fan and only opening up certain doors and windows at a time, creating a path that pushes the dense smoke out of the residence.

During the training session, the firefighters also learned of the dangers associated with large amounts of carbon monoxide build up.

“We’re doing some CO monitoring and showing how the gas fans will put CO into houses,” Upton said. We’re reiterating with our guys that you’ve got electric fans and not to use gas-powered fans while showing them how CO can get into the house.”

This portion of the training is important, because carbon monoxide poisoning “makes flu-like symptoms … and can be fatal” if a high enough volume of the gas accumulates in a home, he said.

The fire department is able to make use of eight homes along Sugar Creek Drive through March 1. By then, the city of Conway hopes to have the homes demolished, Kelly said.

As the fire department conducted its training Thursday, several sandbags were still stacked around the vacant homes from previous flooding incidents.

Once the homes are demolished, city officials plan to incorporate the area into its parks and recreation system, Kelly said.

The zone will eventually become part of the Stone Dam Creek Trail, the city spokesman said, adding that the area is “a great place for a trailhead.”

CFD plans to make use of the vacant residences for training purposes until they are demolished.