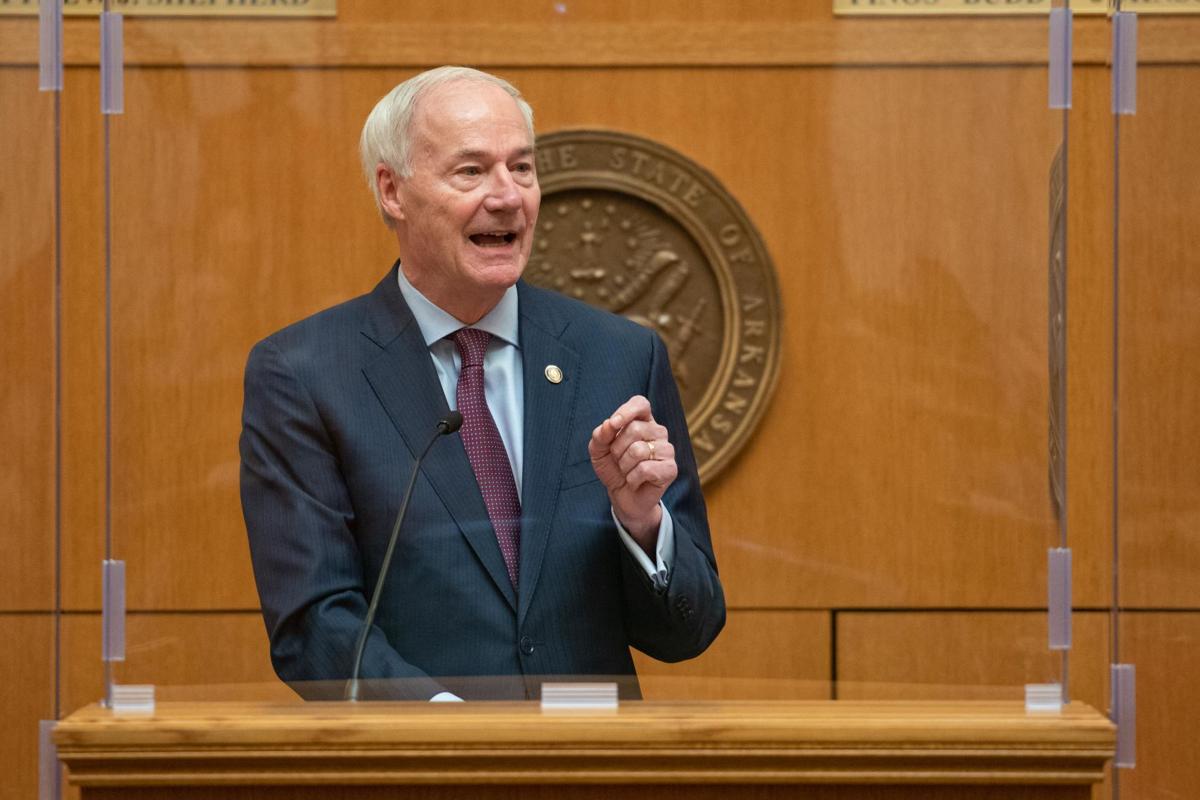 Gov. Asa Hutchinson discusses the coronavirus and justice initiatives during his State of the State address to the General Assembly on Tuesday. 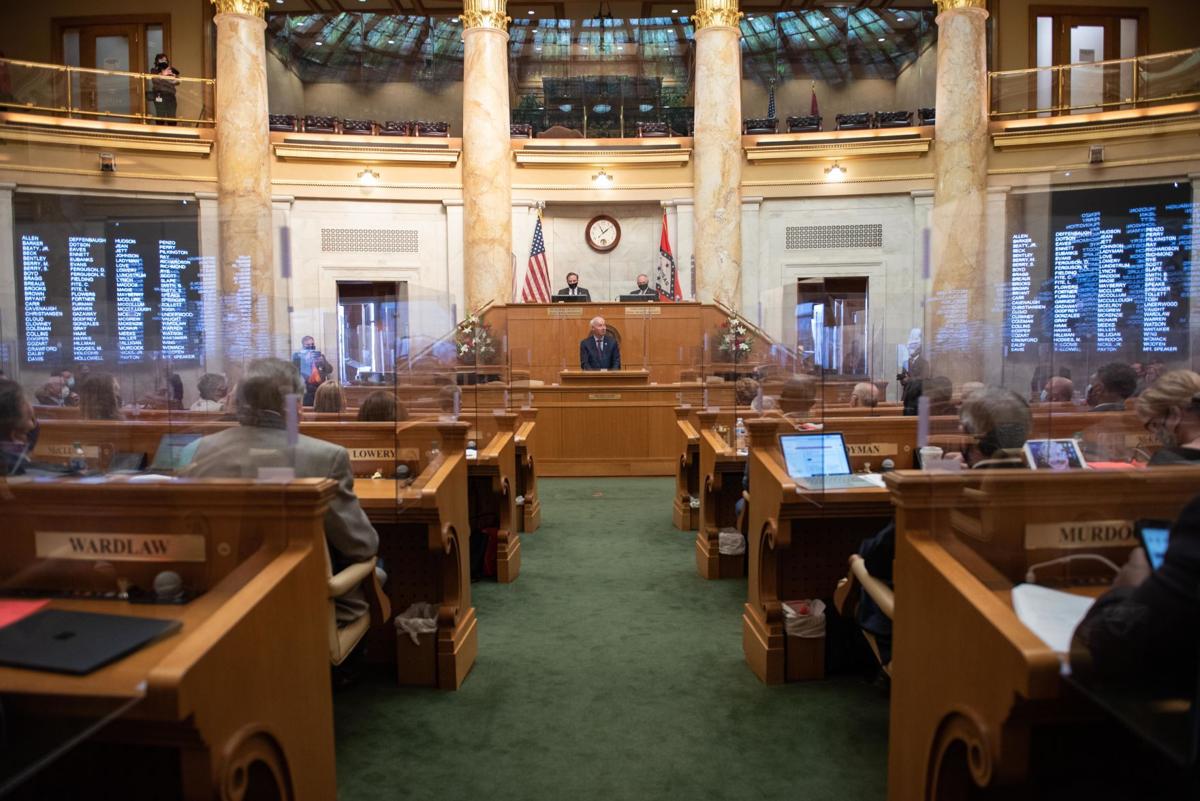 Gov. Asa Hutchinson discusses the coronavirus and justice initiatives during his State of the State address to the General Assembly on Tuesday.

Gov. Asa Hutchinson highlighted the coronavirus and justice initiatives in his State of the State address to the newly-gathered members of Arkansas’ 93rd General Assembly on Tuesday.

“I expect [the legislature] to meet the challenge of the moment and to pass legislation that will give our health care workers and public the tools needed to defeat the coronavirus,” the governor said.

To meet that challenge, the governor emphasized the coronavirus pandemic as the assembly’s No. 1 priority moving forward, and subtly noted the representatives and senators who might object.

“We must not be faint of heart,” the governor said. “We must keep fighting and not retreat, as some have advocated.”

Among other initiatives, the governor identified the passing of appropriations bills as most critical in defending against the ongoing pandemic and expressed his hope the assembly would earmark the federal funding the state received for vaccine distribution.

Hutchinson also highlighted the proposed Hate Crimes legislation as another assembly priority. If passed, the legislation would stiffen legal penalties for those found guilty of committing a hate crime.

Press reports in the weeks leading up to the assembly have already suggested Republican opposition to the proposed bill. To respond to those concerns, the governor read letters of support for the legislation, including one from Jimmy D. Warren of Conway.

“This legislation demonstrates that Arkansas is no place for racism or discrimination,” Warren wrote to the governor.

“We need laws that will assure our police officers have the highest standards, are fully funded and supported,” the governor said to applause from state house members.

He followed with a call for accountability too.

“We want laws to increase accountability and oversight [of law enforcement] as well,” the governor said.

He ended his discussion on the Hate Crimes legislation and other justice initiatives with a pointed statement to the legislature.

“The time to act is now,” the governor said.

In remarks which included the assertion that Arkansas is the “No. 1 pro-life state in the nation,” the governor expressed his enthusiasm for Rapert’s bill.

“I look forward to working with [the legislature] to do all that we can to take care of the most vulnerable among us,” the governor said.

An additional topic in the governor’s address included the state’s economy. The governor cited previous work on tax cuts which has moved some $800 million out of the government and into the hands of Arkansans, and the fact the state is exceeding its revenue forecasts halfway through the current fiscal year by $300 million.

“We are beginning this session in the best budget position in more than a decade,” the governor said.

He also expressed optimism at the state’s job creation numbers in 2020, citing that 2,200 new jobs were created in the past year alone.

“[The state’s budget] reflects a thriving state economy in which the private sector continues to create jobs,” the governor said.

However, the governor didn’t mention the state’s unemployment numbers which surged for much of 2020.

In looking ahead on the state’s economy, the governor called on the legislature to pass further tax cuts, including decreases in taxes on auto sales, as well as for new residents.

To applause from the house chamber, the governor also addressed the events of last week in which pro-Trump extremists rioted and stormed the U.S. Capitol building, killing a Capitol Police officer.

“We witnessed a violent mob assault on our nation’s Capitol,” the governor said. “Each person who breached the heart of democracy must be prosecuted to the full extent of the law.”

In light of those events, the governor emphasized the need for the assembly to forge unity, not division. He asked members how they wanted history to look back on the 93rd Assembly.

“It is OK to be passionate, but we must not let our passion cloud our common sense and our commitment to our state and nation,” the governor said.

He ended his address by echoing the words of Robert F. Kennedy in the moments after he announced the assassination of Rev. Martin Luther King, Jr. in 1968, adding the need for understanding and justice.

“Let’s pray for our nation [and] leaders,” the governor said. “Pray for understanding [and] wisdom and let us pursue justice for all Americans.”

Staff Writer Kolton Rutherford can be reached at krutherford@