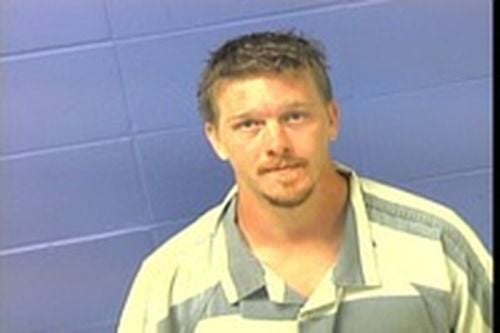 A Greenbrier man was ordered to serve two years in prison for playing a role in the March 2018 strangulation death of Austin Dodson.

The Greenbrier man entered a no-contest plea to the allegations against him and was also ordered to pay a $5,000 fine.

Jacob Tschopp, 34, of Cabot pleaded guilty in January to a manslaughter charge stemming from the March 2018 incident. The Cabot man was ordered on July 23 to serve six years of felony probation and to also pay a $5,000 fine for his involvement in Dodson’s strangulation death.

During his plea entry hearing, Tschopp admitted to sitting on the victim before he died.

Tschopp was working security at a music festival – Family Flux Festival – which was held March 16-18, 2018, when he and Flick reportedly put Dodson in a chockhold.

The festival was held at the Cadron Creek Outfitters, which is located between Twin Groves and Guy on Cargile Lane in the Walker Township. Nearly 1,000 people from across the South attended the festival in 2018.

Flick, who is a local MMA instructor, was initially pinpointed as the key suspect in Dodson’s death during the Faulkner County Sheriff’s Office’s criminal investigation. Authorities later learned Tschopp also played a role in the Texas man’s strangulation death, according to court documents.

Authorities were first alerted that something was wrong minutes after Dodson was allegedly strangled. However, his death was not ruled a homicide until a state medical examiner later determined foul play was a factor.

According to a probable cause affidavit, a medical examiner reported that he suspected Dodson died from “choke-hold strangulation due to the hemorrhaging of the neck.”

During Tschopp’s plea entry hearing earlier this year, deputy prosecutor Cortney Kennedy said that the medical examiner also believes that Dodson would have survived his injuries had Tschopp not sat on him following the initial attack. Tschopp’s actions were the “final cause of death,” she said.

While on the stand, Tschopp told Clawson the victim “got in a tussle with (his) boss” before he was “instructed to sit on him.”

By sitting on the victim, Tschopp admitted he “ultimately caused (Dodson’s) death.”