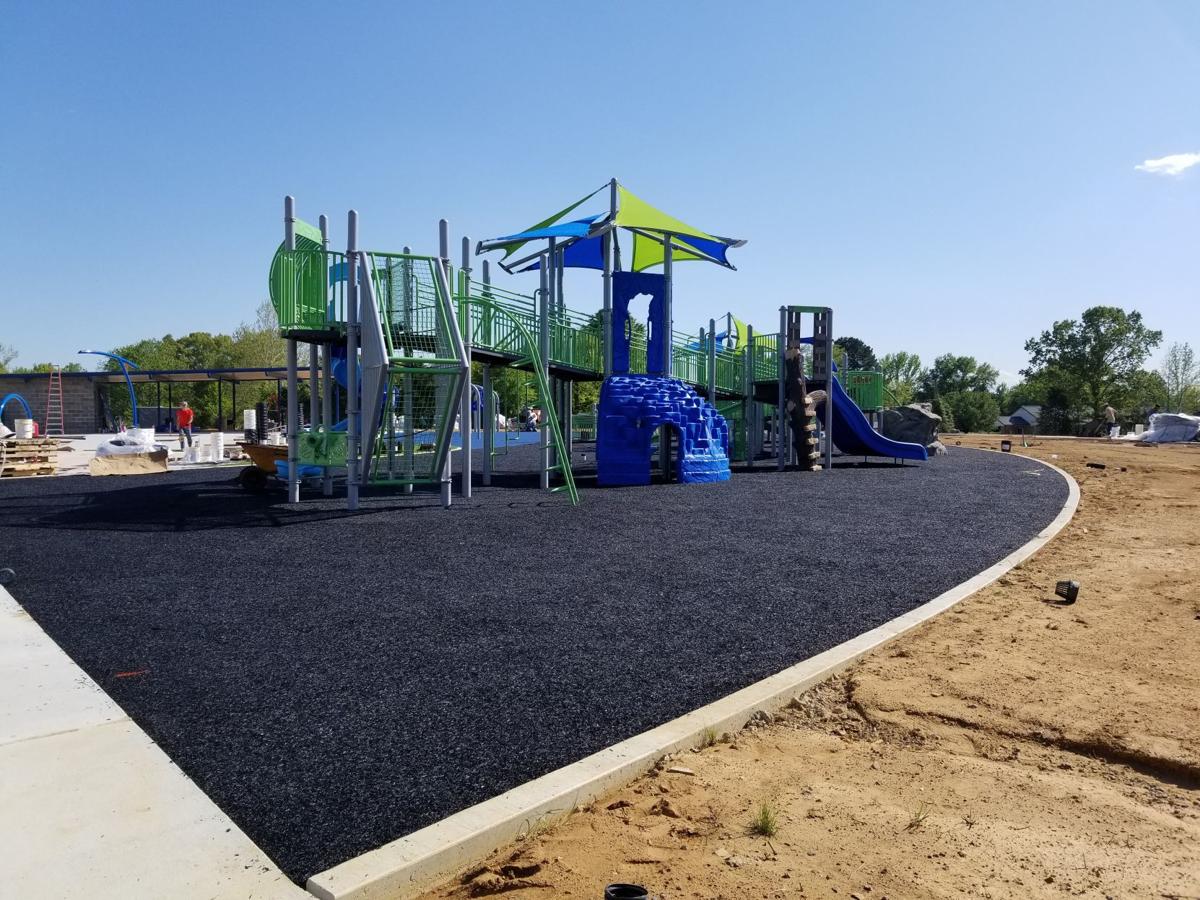 Mattews Park will feature an all-inclusive playground area as well as a splash pad. 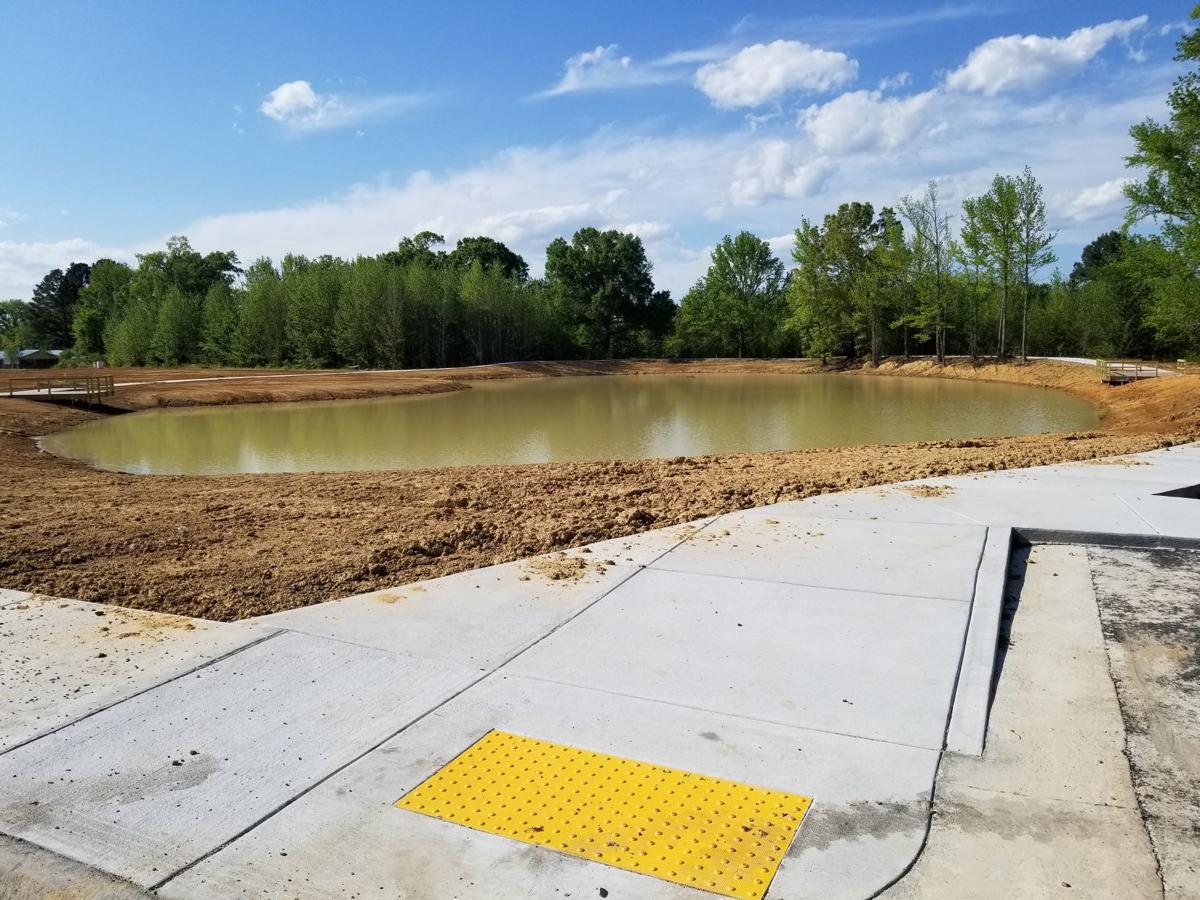 The onsite pond is open to the public and will be stocked year-round by the Arkansas Game and Fish Commission. 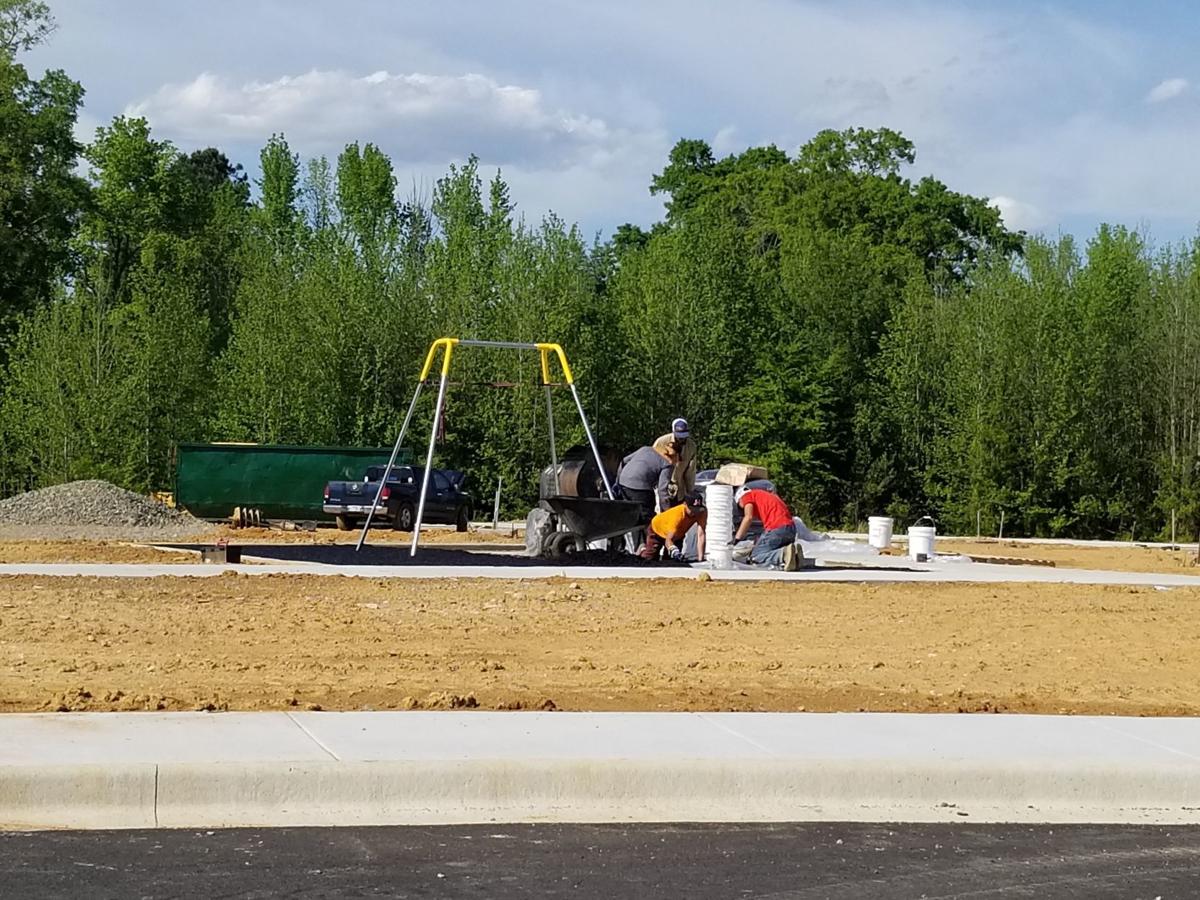 Crews work to install a wheelchair-accessible swing Tuesday at the Greenbrier park. 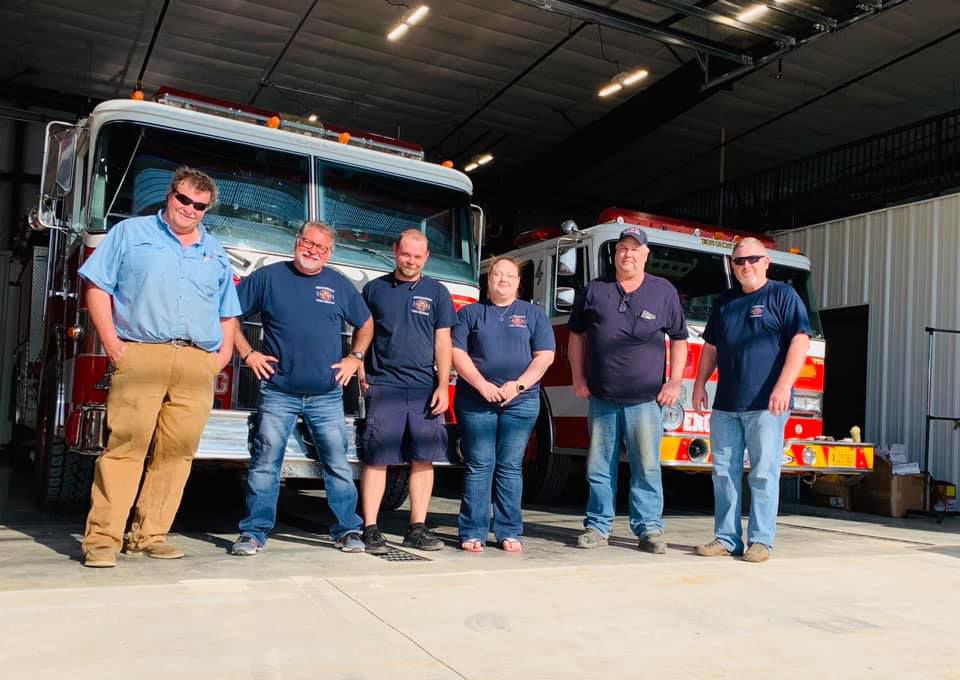 Greenbrier firefighters began moving equipment into and settling into the new station on April 8.

Mattews Park will feature an all-inclusive playground area as well as a splash pad.

The onsite pond is open to the public and will be stocked year-round by the Arkansas Game and Fish Commission.

Crews work to install a wheelchair-accessible swing Tuesday at the Greenbrier park.

Greenbrier firefighters began moving equipment into and settling into the new station on April 8.

GREENBRIER – Crews have worked through the coronavirus pandemic and likely will finish up with Phase I at Matthews Park in the next few weeks. The new fire station is already up and running.

Though he expects Phase I of the new park to be completed over the next three weeks, Mayor Sammy Joe Hartwick said it is unlikely it will open up to the public upon the park’s completion due to the COVID-19 pandemic.

In the meantime, constructions crews will work to finish the project. Wagner Construction Services is leading the project. Once it is safe to do so, Hartwick said the city will host a grand-opening ceremony.

Matthews Park, named after former city leader Percy Matthews, will feature a boulevard-style entrance off Highway 65 that will guide park-goers into an open landscape sprinkled with amenities for all age groups.

The 55-acre park features an all-inclusive playground area, a fishing pond that will be stocked by the Arkansas Game and Fish Commission, a skate park and a highly-anticipated splash pad. On Tuesday, crews assembled a wheelchair-accessible swing and also worked on the skate park area.

The city hopes to host fishing derbies once the park opens up for public use.

“We’re really excited about the pond,” Hartwick said with a smile on his face. “The Game and Fish Commission is taking it over. They have been influential in the design and how it was built.”

AGFC representatives advised the city and construction crews on how to adjust the pond bank to create a natural habitat for fish to spawn.

While the Greenbrier mayor said he feels the park may be short on parking for the time being, another parking lot will be added on the east end of the park along Glenn Lane. This addition will alleviate parking concerns, he said.

The park will provide a much-needed space for Greenbrier residents, Hartwick said.

“I had neighbors who had small children and during the summer, they would leave Greenbrier and go to Cabot, Jacksonville and some of those other places to go to their parks,” he said. “I thought, ‘That’s wrong. That’s just wrong.’”

The city leader said he hopes the new park will attract other visitors traveling through the city as well.

Kim Tyler, a Greenbrier resident and park board advisor, said the park adds “another wow factor” to the city.

“The first phase of Matthews Park is unbelievable,” she said Wednesday. “The design is spacious, colorful, accessible and secure. I can’t wait to see the kids play on the equipment and splash around on the pad. Skaters will be amazed at the skate park. We are so fortunate to have this caliber of a city park.”

Mayor Hartwick also said he is looking forward to seeing children’s smiling faces as they race toward the playground.

Jacie Krisell, a Greenbrier High School junior, said she is looking forward to the day the park opens to the public.

“It’s going to be a great place for people to gather,” she said. “I like the walking trails because it’ll be another place to exercise. The fishing pond will be good for people who do not have a place to fish. This will be a good opportunity for them to fish. And, I feel like it will be a safe place to be with friends.”

Matthews Park is a three-phase project. Later phases include adding an amphitheater to the heart of the park. Officials also hope to one day move BrierFest over to the park, though those details are not set in stone at this point, Hartwick said.

“Our plan showed an amphitheater. We’d love to be able to work that in pretty quickly to be able to have concerts here on the weekends – something small,” he said. “We don’t have to do BrierFest every weekend. We can do some things small.”

Hartwick said he was thankful residents supported the city’s plan to make improvements to the fire station and create the new park when the sales-tax proposal was made.

The fire station along Highway 65 is complete and the old station is almost completely demolished.

The new station is equipped to become a full-time fire department, though the city does not currently have the funding allocated for a full-time department.

It is expected that after the 2020 Census count, the city would need to transition to full-time, Fire Chief Tim Tyler has said.

This feature was important to Hartwick, he said, noting many full-time departments have shared sleeping quarters for firefighters.

“I’ve been to deer camps … usually there’s someone snoring and all kinds of stuff. You can’t sleep,” he said. “We have six individual rooms where they can go in there and shut their door and go to sleep. I want them to be able to go in there and relax. If they’ve been fighting a fire, they can clean up and go in there and sleep. These guys work hard, they have to.”

Because the fire department project came in under budget, Hartwick said leftover money was used for “much-needed equipment,” including turnout gear.

Officials plan to host grand-opening ceremonies for both the fire station and Matthews Park once it is safe to do so, Hartwick said.

The city will also host several tours of the fire station.