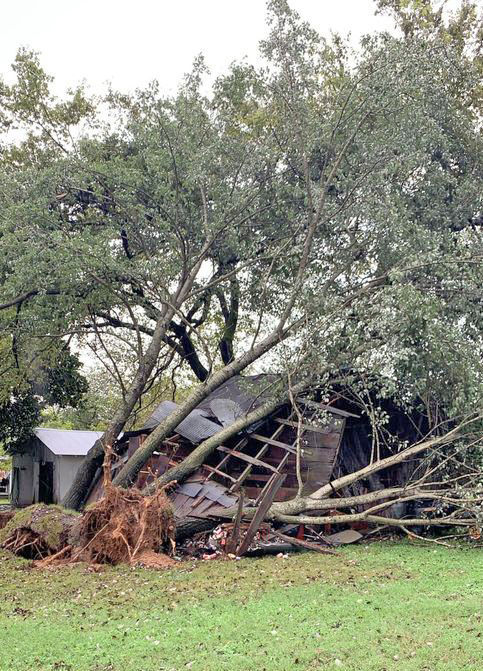 Trees were uprooted at a residence on South Bolden Hill Road in Guy during the storm. 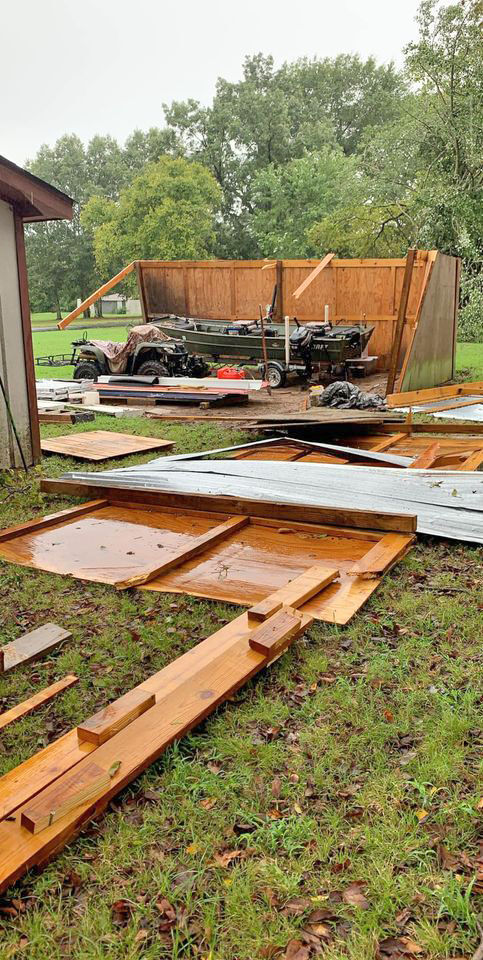 The South Bolden Hill residence also suffered structural damages due to strong winds in the area.

Trees were uprooted at a residence on South Bolden Hill Road in Guy during the storm.

The South Bolden Hill residence also suffered structural damages due to strong winds in the area.

GUY — Trees were uprooted and several homes suffered structural damage as heavy winds made their way across Faulkner County on Tuesday.

A tornado warning was issued shortly before 2 p.m. Tuesday, and strong winds soon made their way from Wooster to Greenbrier before heading into Guy and toward Quitman.

The Guy-Perkins and Quitman school districts escorted students into safe rooms until weather officials gave the “all clear.”

Several residents also made use of the district’s public storm shelters as the storms rolled through, the superintendent said, adding that he was thankful for the community support the district received in helping make sure students were OK.

“Our faculty, staff and administrators did an excellent job of keeping our students and patrons calm during the storms,” he told the Log Cabin Democrat. “We are blessed to have a storm shelter at our elementary school where we can keep our students, staff and community members safe.”

The small-town superintendent said he also wanted to send a shoutouts to Guy Court Clerk Wendy Grimes for keeping the district updated during the weather event and also to the Guy Police Department “for their assistance in getting buses home safely.”

While several homes suffered structural damage and many trees were uprooted during the afternoon weather event, local authorities confirmed no one was injured in the storm.

Faulkner County Sheriff’s Office spokesman Erinn Stone said several trees blocked roadways and tore down a power line in Guy. Several trees were also uprooted in other areas located just outside of Greenbrier including along Highway 285 and also on Castleberry and Merritt roads.

Guy Police Chief Christopher Humphrey said that no residents were reported injured Tuesday afternoon but that there was “slight structural damage inside the city.”

No major damages were reported on Tuesday.

The heavy winds made their way across the northern portion of Faulkner County and into Cleburne County by 3:30 p.m.

Log Cabin Democrat content partner KATV confirmed at press time Tuesday that at least one tornado had touched down in the southeast corner of Cleburne County.

The Cleburne County Sheriff’s Office said there was structural and vehicle damage in the Hiram, Hopewell and Wilburn area and that there were trees uprooted in Quitman.