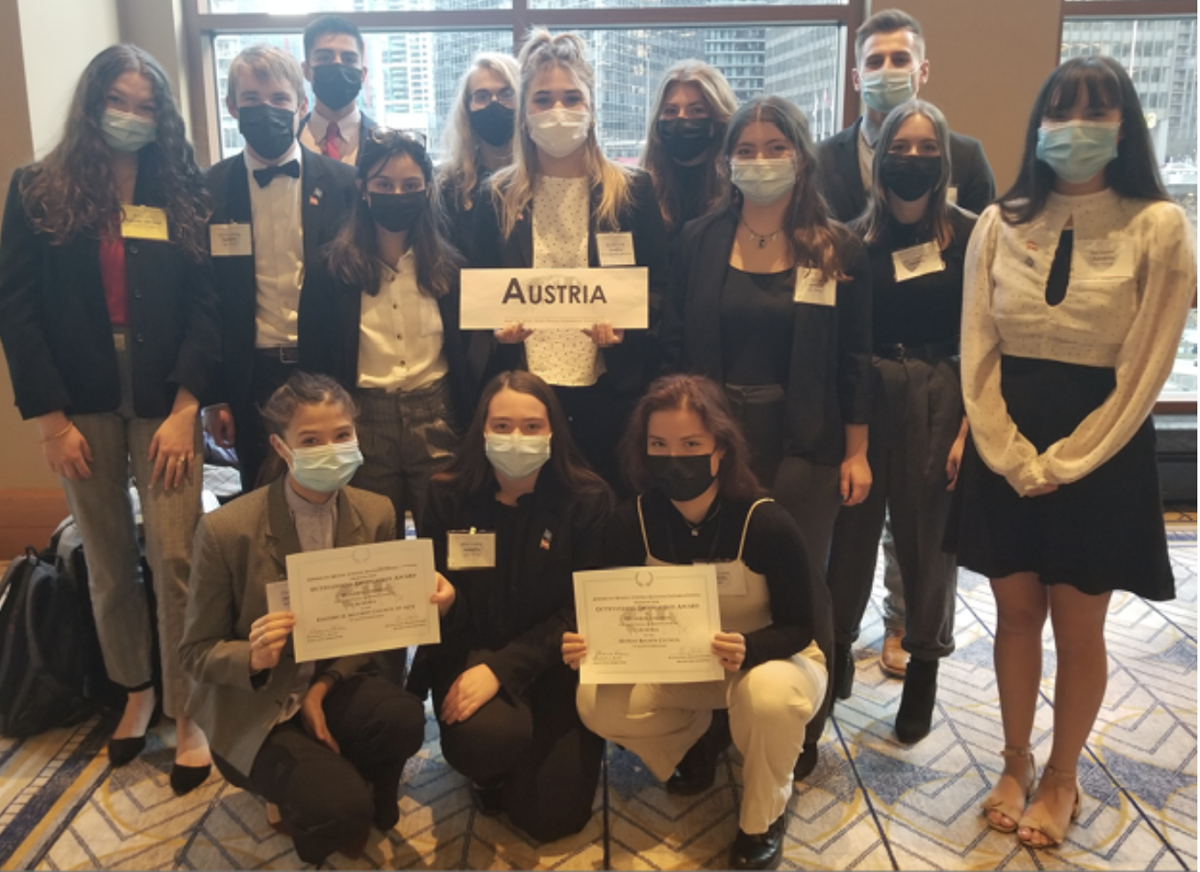 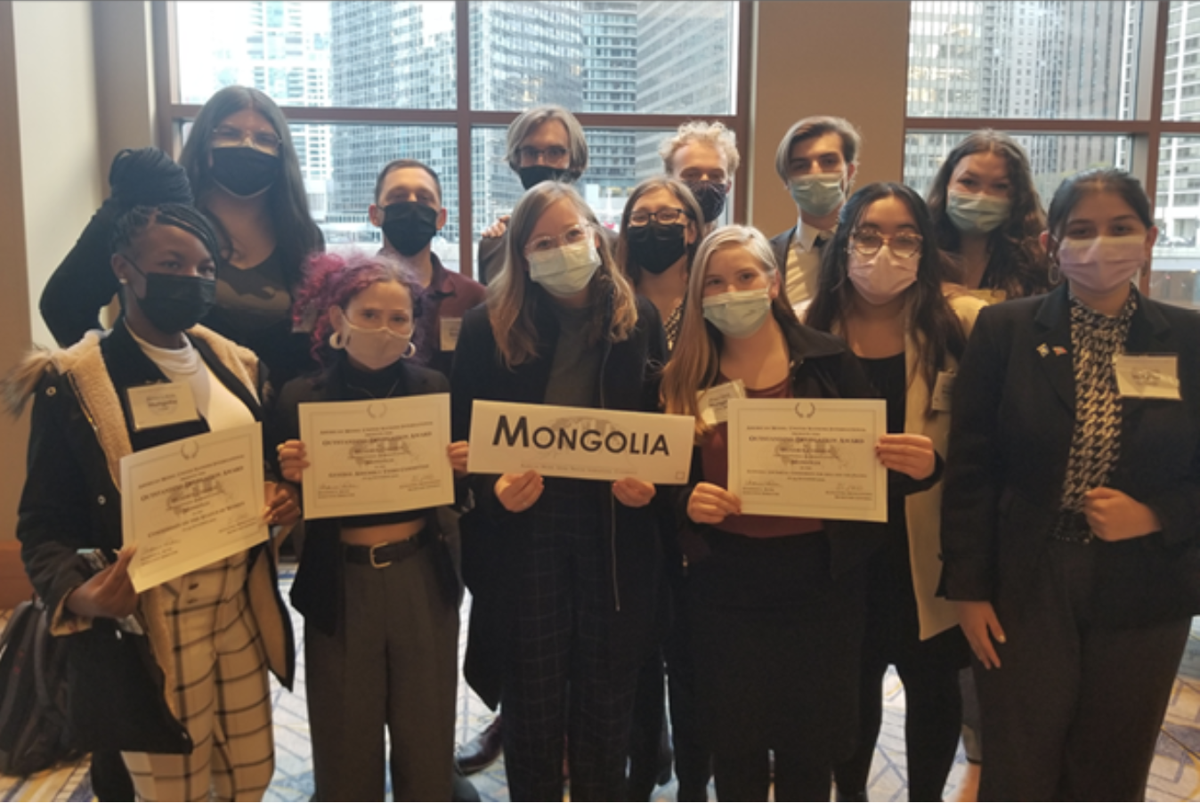 This year, the Hendrix team represented two different countries, Austria and Mongolia, during this year’s conference which is the first AMUN conference since the COVID-19 pandemic shut it down last year.

“We were very excited to return to an in-person conference,” Daniel Whelan, Professor of Politics at Hendrix who also has directed Model UN program at the University since 2008, said. “With the exception of our PR, Rachel Allen, none of our 26 students had ever attended a collegiate Model UN conference, but they were extremely well-prepared. They engaged the proceedings with the kind of depth and passion our Model UN program is known for.”

Fort, Johnson, Kleck and Kreczmer also served as second-year AMUN mentors for those who were first-time participants.

“While our students were at times discouraged and frustrated, they nevertheless kept their eye on the ball and maintained their professionalism to the end,” Whelan said. “I am very proud of their hard work and dedication.”

Around 850 students from across the country attended the conference representing about 65 different UN Member States. The Hendrix team plans on returning next year by representing Guatemala and Norway.