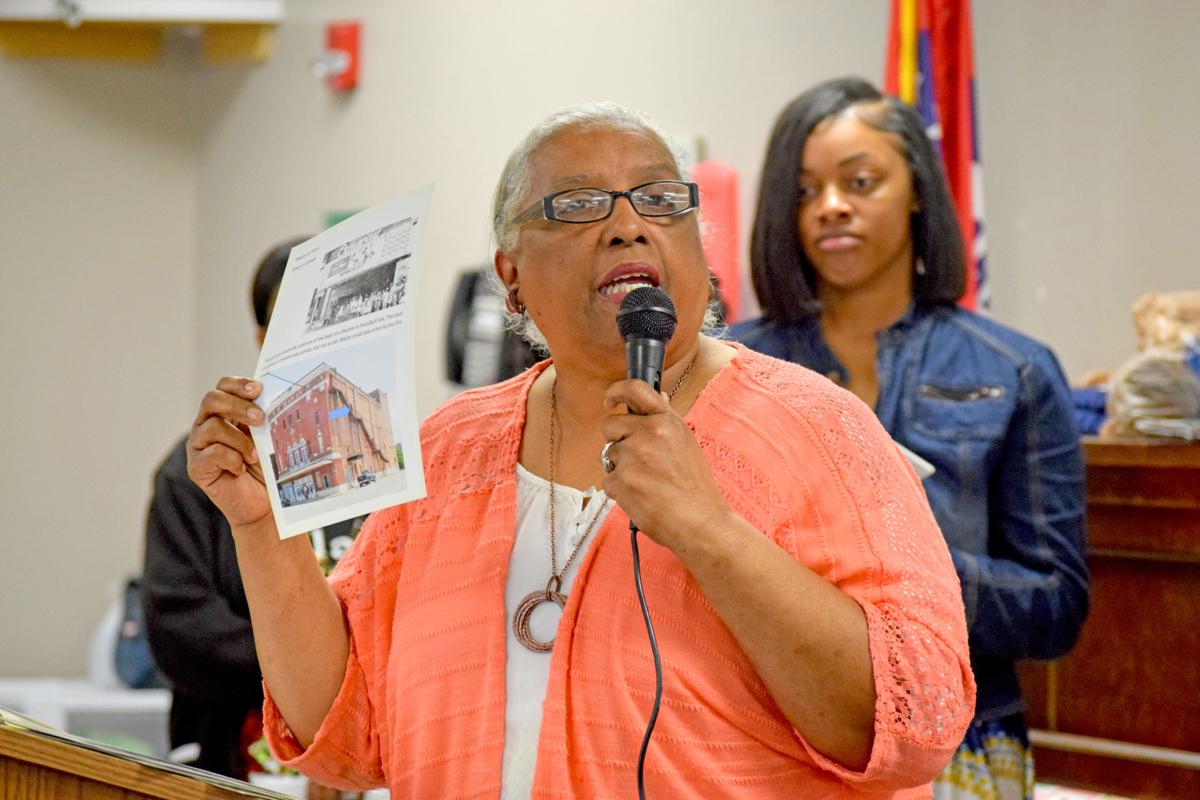 Pine Street CommUnity Museum board member Leona Walton speaks Wednesday morning to a crows at the Independent Living Services center in Conway about her time attending the Pine Street School. 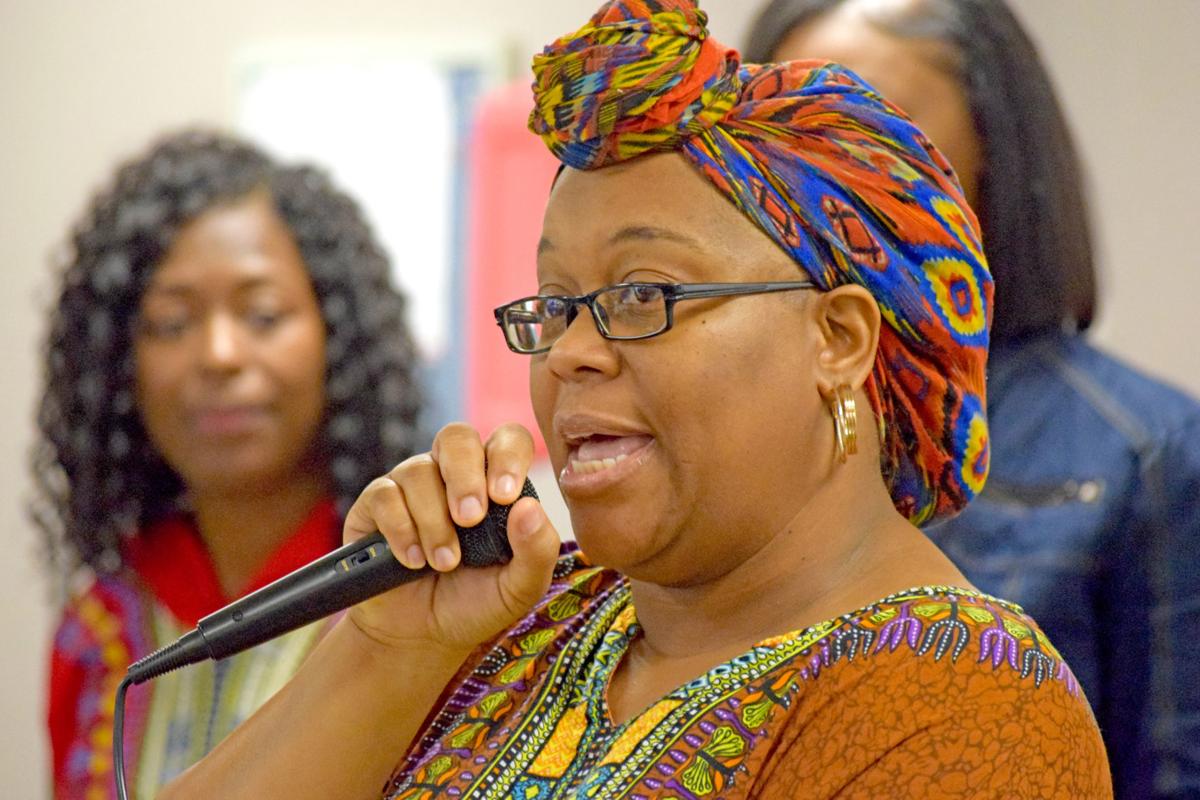 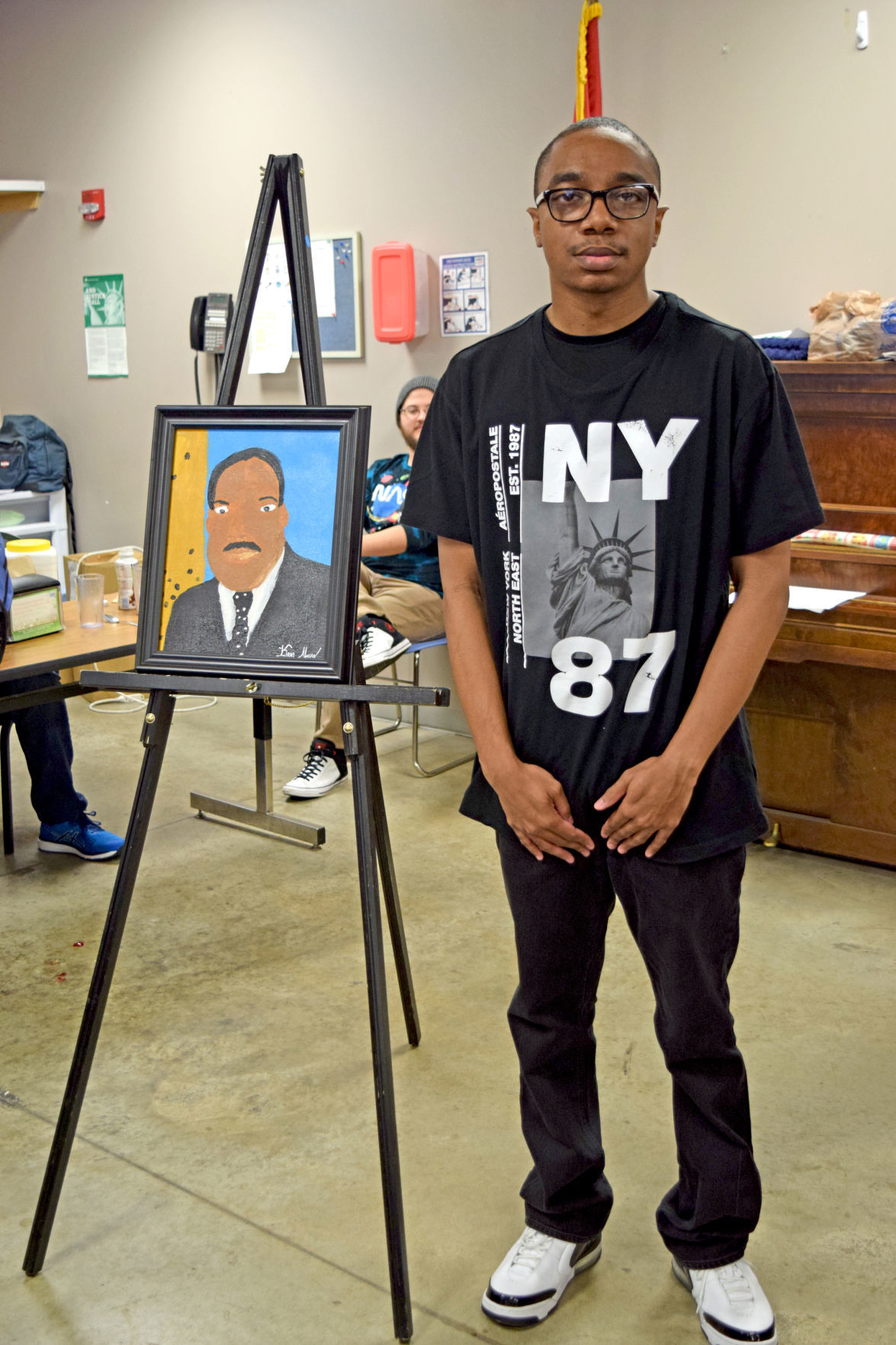 Keon Young is recognized for and stands next to a painting he created of Dr. Martin Luther King Jr. 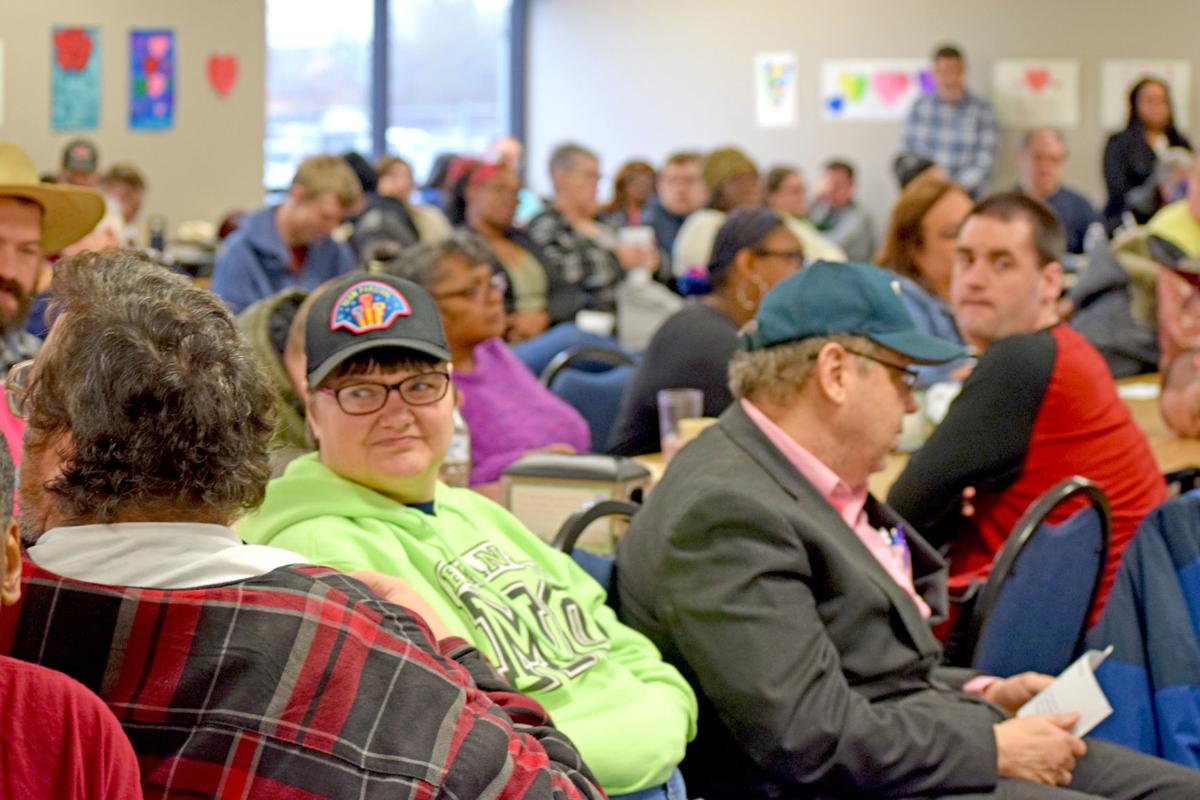 Every seat was filled in the ILS cafeteria during the Black History Month program.

Pine Street CommUnity Museum board member Leona Walton speaks Wednesday morning to a crows at the Independent Living Services center in Conway about her time attending the Pine Street School.

Keon Young is recognized for and stands next to a painting he created of Dr. Martin Luther King Jr.

Every seat was filled in the ILS cafeteria during the Black History Month program.

Pine Street CommUnity Museum board member Leona Walton spoke to a room left with standing room only Wednesday morning about her time as a Pine Street student.

“I’m proud of where I come from; where I was born, raised and educated,” she said.

During the black history program held at the ILS center on Robins Street, Keon Young was recognized for a Dr. Martin Luther King Jr. painting he created.

Moments before the ILS participant was acknowledged for his artwork, ILS Behavior Specialist Sherita Marshall spoke to the group about Maya Angelou, who was an American poet, singer and civil rights activist.

At one point, Angelou was mute for five years “because she thought her voice killed a man,” Marshall said after telling Wednesday’s crowd that Angelou was sexually abused by her mother’s boyfriend. Angelou’s abuser was sentenced to one day in jail and was ultimately killed four days upon his release by Angelou's uncle.

In the timeframe Angelou was mute, she embraced literature. In honor of the civil rights activist, Marshall read Angelou’s poem, “Phenomenal Woman.”

Walton spoke to Wednesday’s crowd about the Pine Street community, reminding the group that at one point, Conway schools were segregated.

Upon sharing a few Martin Luther King Jr. quotes, Walton encouraged the group to be passionate about life and their choices.

Walton said she remembered when Conway was segregated, because she too attended Pine Street School.

The first graduating eighth grade class at the school was in 1936, she said. The Pine Street School graduated its final class in 1967. The elementary school closed its doors in 1969.

Walton had attended Pine Street School until the sixth grade. She remembers there being “one teacher and one assistant for grades one through four.”

If members of the black community wanted a higher education, they were forced to move elsewhere at the time.

“We had Conway High, but blacks were not allowed to go there,” Walton said. “Families would move to Menifee for the Menifee Training School and would go to high school there. Some would move to Little Rock and other areas so t hey could get a high school education.”

The Pine Street School did not offer courses past the eighth grade.

It was a difficult time that made Walton and many others stronger individuals, she said Wednesday.

While the school was small, it provided everything she and others needed to learn.

“We had cheerleaders, football players, a yearbook staff … Everything we needed, we had right in that building,” Walton said. “We didn’t have much, but we had enough. We had enough to get by. I remember in the sixth grade they told us we’d get new books. I got that book and there was six names before mine. That means it was a least six years old … but it didn’t matter.”

The faculty “loved us and they cared a lot about us,” Walton said of her studies at Pine Street School.

Though today’s students live in a different atmosphere, Walton said it is important to remember what previous generations endured.

Walton was 12 years old before she was allowed to enter a movie theater through the front door.

“The human resources department is very proud to offer this program and educate people on Black History Month,” she said.

Beyond that, it’s important for Wednesday’s group to understand the African-American culture, Tiffany Baker, a training coordinator at ILS, said.

“Even though we work with people with intellectual disabilities, it’s still important for them to understand black history and our culture,” she said, adding that some of the ILS participants are African Americans “and need to be proud of who they are.”