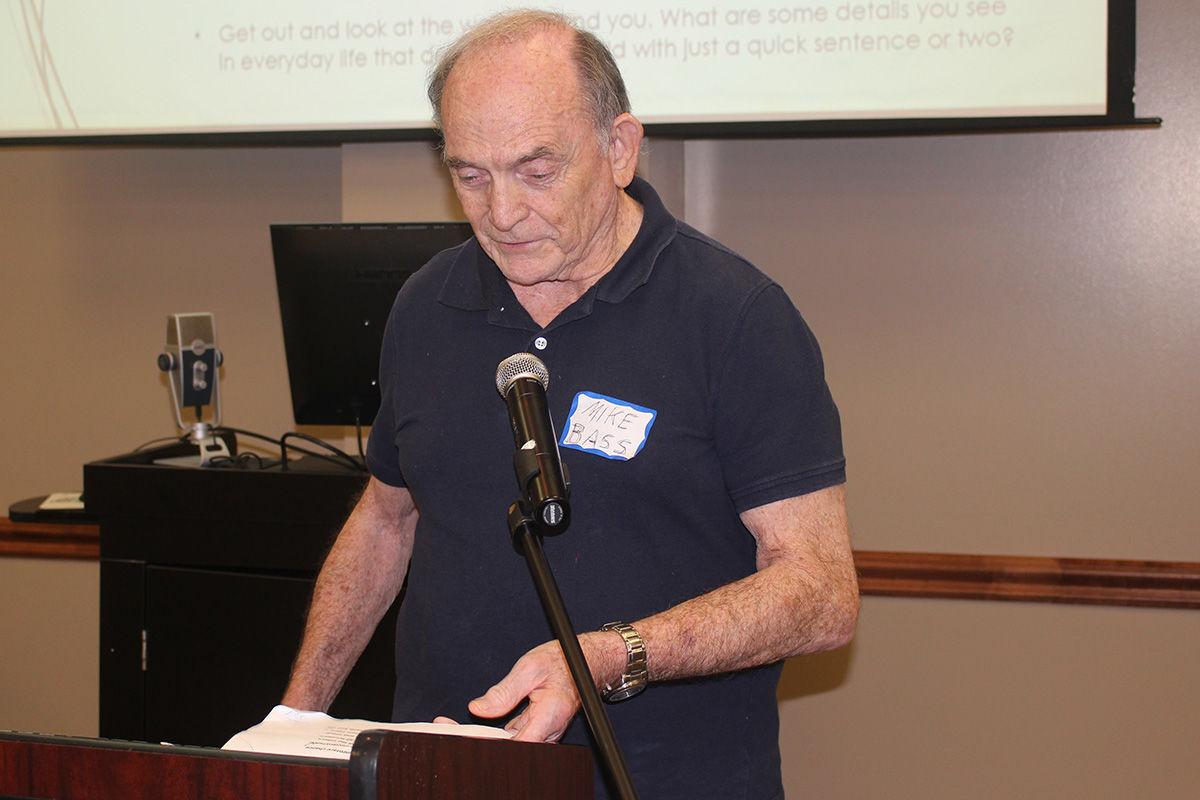 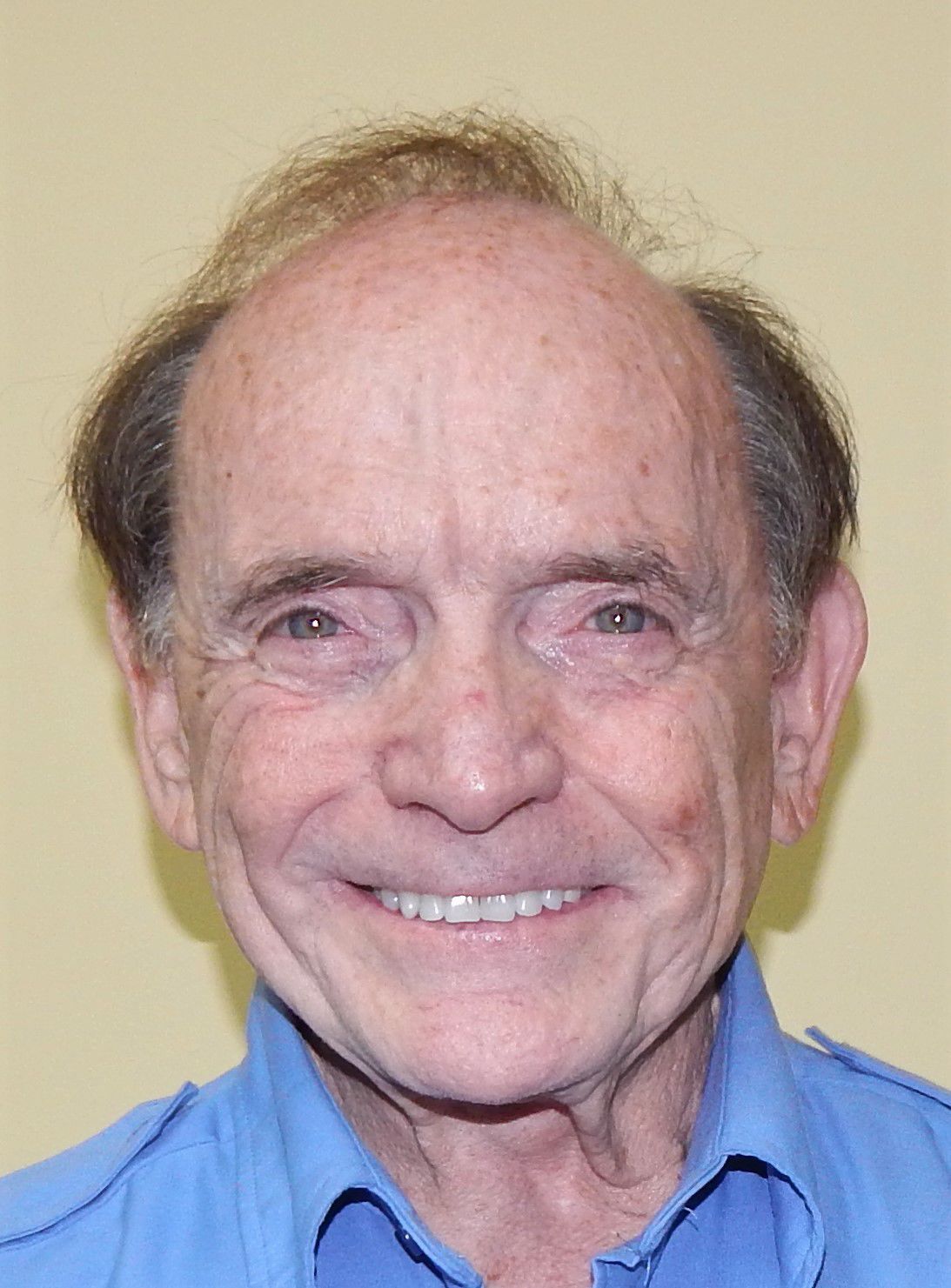 “I’m proud and excited to have won my third straight first prize in comedy writing against other comedy writers from all over the country,” Bass told the Log Cabin Democrat. “The reason I am euphoric over this is that felt like a defending champion who could lose his title. I also wondered if my old age would take the relevance and sharpness out of my jokes. At my age, any verbal expression that is coherent is a pearl.

“When I was younger, I took any lucky victories, prizes and awards for granted, and I was laconic and cool. Now that the snap and whir of the high tech world makes me look and feel befuddled, I’m happy to yell from the mountain top, ‘Hey Whippersnappers, I won.’”

Bass is a frequent contributor to creative writing contests at the local and national levels. He earned four first prize awards in the three Gene Perret contests he has entered since 2016, including the two recent first place awards.

He has also received awards from the Arkansas Writers Conference. In 2019, he earned first place for their On the Spot Poetry Contest; second place for a short story, “Something in Common;” and third place for a free verse poem, “She Fishes.” In 2020, he received a first honorable mention for his poem, “Endearing Imperfections.”

He entered the White County Creative Writing contest in 2020 and won second place for his poem, “For Her,” and an honorable mention (only one was given) for a short story, “Unwanted Superpowers Anonymous.” He submitted a poem, “The Christmas Dance Show,” to the 2020 White County Christmas Contest. It won a second-place award.

Bass has offered many poems to the Log Cabin Democrat for publication by the newspaper.

Bass attended elementary school in Little Rock, Pine Haven and Benton, followed by high school at Benton. All through his school years, Mike wrote songs, parodies of the poems studied in school, and comedy skits for his family to perform. He attended Arkansas Tech University for a year and then joined the U.S. Army for three years (1958-61).

After military service and undergraduate study at San Francisco State University, he entered the University of Arkansas School of Medicine. He entered an internship program followed by a three-year residency at medical facilities in California. His medical practice in neurology was based in Berkeley, San Francisco, and Sacramento.

“I’ve invented fantasies and characters all my life,” Bass said. “As a physician, I wrote a column, Dr. Neuron for a medical journal intended for EEG technologists, but with added humor.”

In the 1980s, that humor qualified him to join a comedy writers group in San Francisco led by John Cantu. Through that association, TV comic Pat Paulsen hired Bass as his only writer (besides himself). A guest speaker, Gene Perret, Bob Hope’s head writer, also recruited Bass as a writer for Hope. Bass’ humorous remarks were often quoted by the late Herb Caen in his San Francisco Chronicle newspaper column. For years, Bass swapped comedy creative output and played humor games with other humorists online through LaughLovers, a Yahoo group. He regularly reads his poems and humor to the Conway Writers Group, which met weekly but is now recessed for the duration of the pandemic.

Bass has won national comedy one-liner and caption contests and has written for celebrity roasts and radio DJs. As a stand-up comedian performing in the San Francisco Bay area, he wrote his own monologues – some with a medical theme and others on political topics. He has authored poems, essays, songs and political speeches for major events.

Bass is a member of Conway Writers Group which includes emerging writers, semi-pro and seasoned writers. Many works by members have been published in the Log Cabin Democrat newspaper, and in local, regional and national magazines. Selected works have won awards in regional literary contests. Most works are created for personal satisfaction or a think piece about an idea that is currently top-of-mind for an author. CWG members bring their current or previous work to weekly meetings and share it with others. Meetings are open to the public and persons of all ages are welcome.

Great job by Mike Bass, congratulations! You deserve this award, not everyone is good at writing, for example, I have never been able to write an essay for a college. If you also encounter such a problem, then I recommend you the best essay writing service reviewEssayReviewExpert, here you can find a review of the essay writing service, where experts will do work of any complexity for you!

A large portion of the troublesome things for the understudies to compose a scholastic article. They face such countless issues so, they should use research paper writing services to get rid of these issues easily. This post is controlling them in the most ideal manner by offering tips and deceives to them. So they can make it conceivable. I have a few hints from them.