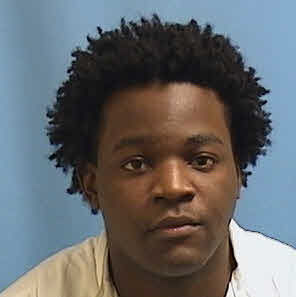 A Little Rock man was sentenced on Friday to 10 years in prison for helping a friend move Randy Daniels’ body from the Kimberly Clark parking lot in November 2018 after his friend shot and killed the 56-year-old victim.

A nolo contendere (or no contest) plea is equivalent to a guilty plea under Arkansas law. With this plea, a defendant “does not specifically admit the allegations which form the basis for the offenses charged against him/her, and elects not to contest such allegations, the nolo contendere plea will, for all purposes, be treated by the Court the same as a guilty plea.”

The 21-year-old Little Rock man was charged as an accomplice in Randy C. Daniels’ murder after he picked up Brayland Johnson from the Kimberly Clark parking lot on Nov. 9, 2018, a few minutes after Johnson shot and killed Daniels in his vehicle. At the time, West was unaware Johnson had murdered Daniels.

West was charged with hindering apprehension or prosecution along with a tampering with physical evidence after authorities found out he also dropped Johnson off by Daniels’ white 2007 Cadillac CTS 14 hours after Daniels was shot to death.

“We had no information that he knew that Brayland Johnson had murdered Randy Daniels before he picked him up after the murder. This is a fair sentence for someone who assisted a defendant tamper with and conceal evidence of a homicide,” 20th Judicial District Prosecutor Carol Crews told the Log Cabin Democrat. “Nothing can make this right, but we hope that this sentence will help Mr. Daniels’ family receive some closure in this matter.”

Johnson and Daniels were co-workers at Kimberly Clark.

Johnson, who pleaded guilty to a first-degree murder charge in September, admitted to meeting Daniels in his vehicle on the day in question to buy marijuana from the victim. According to his statement, he shot Daniels because the 56-year-old “tried to touch him inappropriately.”

Daniels’ family had reported him missing three days before his vehicle was found outside Building B at the Salem Park Apartments in Conway. The victim’s body was still in the vehicle, and Johnson had climbed on top of him when driving his vehicle to the apartment complex, according to court documents.

“Before the victim’s vehicle drives away, Det. [Brian] Williams saw brake lights and blinkers flashing on the victim’s car,” the felony probable cause affidavit filed against the two reads in part. “An explanation for the erratic light flashes were that the offender was attempting to sit on or next to the victim in the car to drive it off and was bumping the controls.”

Johnson was sentenced in September to 40 years in the Arkansas Department of Corrections for killing Daniels.

West currently remains behind bars in the Faulkner County Detention Center waiting to be transferred to the ADC.