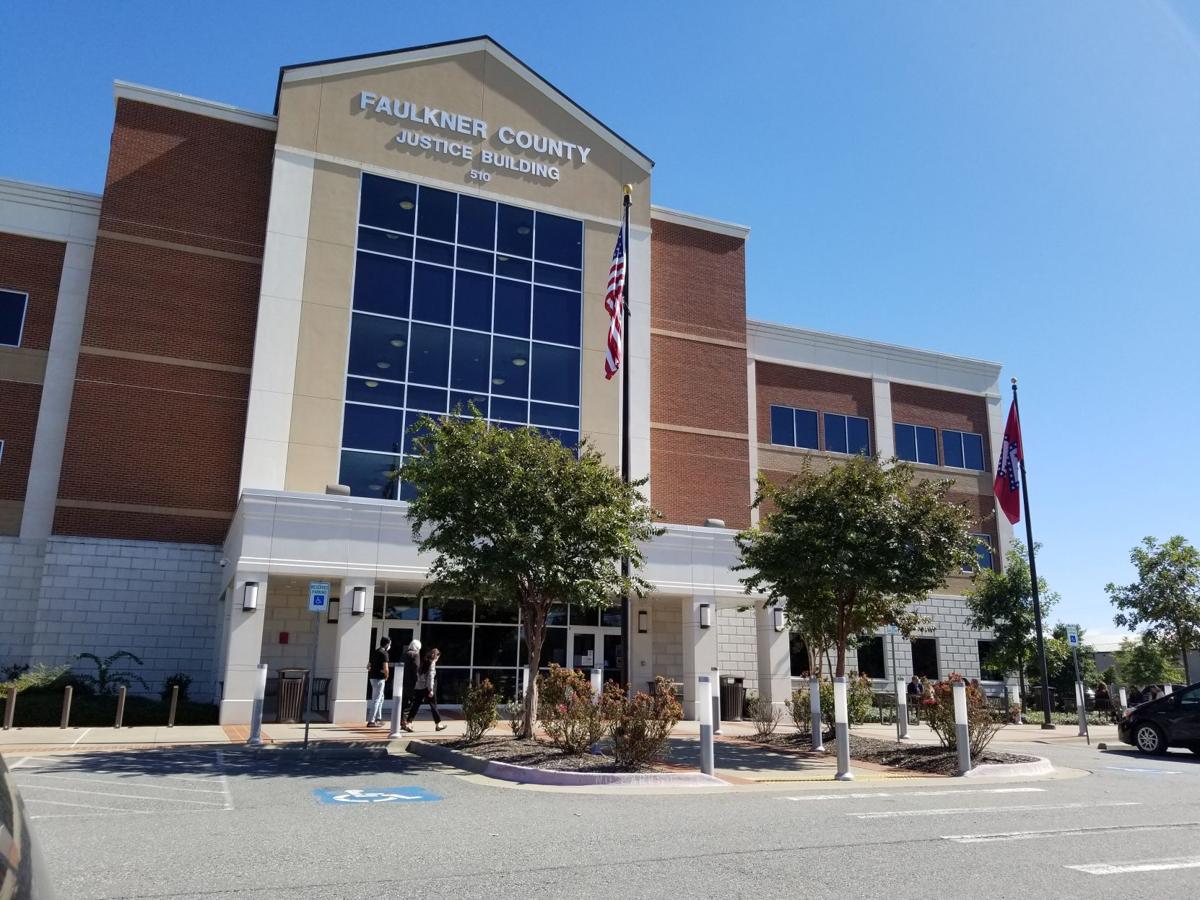 Helmut Fragstein and other close family members head back into the Justice Building on Tuesday afternoon before Tacori D. Mackrell takes the stand a second time. 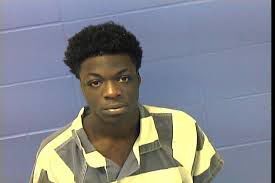 As Tacori D. Mackrell read aloud an apology letter in response to kidnapping and killing Elvia Fragstein in July 2018, the Wooster woman’s husband pulled away from his family and wept on a court bench Tuesday evening.

Helmut Fragstein held on tightly to his stepdaughter for the entirety of Mackrell’s testimony Tuesday until the 20-year-old Pine Bluff man said he was ready to apologize.

Seconds after Mackrell slid up to the microphone at the witness stand, Helmut nudged away from his family and positioned himself at an angle where he could directly watch the man who admitted to killing Elvia give his formal apology.

Mackrell spoke in a monotone voice while reading aloud a letter he said was directed toward Helmut.

“I’m not sorry because I got caught … I am truly sorry for what I have done,” Mackrell said, adding that he realized how serious the case was after seeing Helmut present for all the pretrial hearings leading up to the capital murder trial.

Helumt never looked away as Mackrell stated his apology and ultimately broke down to tears by the time Mackrell had finished reading the letter.

Twentieth Judicial District Prosecutor Carol Crews questioned Mackrell about his decision on “telling the jury you’re sorry” while not giving “the truth.”

“You were there and saw how much she suffered,” Crews said.

It wasn’t fair to Helmut or the jury to have unanswered questions regarding some of the injuries Elvia sustained, Crews said about forensic pathologists' finding Elvia’s blood on Robert L. Smith III’s shoes and the sate crime lab’s deputy chief medical examiner testifying that the Wooster woman’s second cervical vertebrae was cracked — a rare, deadly injury. Smith is Tacori’s cousin and allegedly aided Mackrell in killing Elvia. The now 18-year-old was 16 years old when he was charged as an adult for reportedly aiding Mackrell in kidnapping and killing Elvia Fragstein.

The Wooster woman suffered a “prolonged, multi-factoral, severe assault” before she died, he said.

Despite the medical examiner’s testimony, Mackrell has said Elvia was dead before he and his cousin left Conway on July 7, 2018.

This rendition of Elvia's murder was unlikely, Crews said, given the state medical examiner's testimony.

Other family members and school staff testified Tuesday and said that while Mackrell did not have an ideal life with his father, they were willing to mentor him in his younger years.

Robbie Williams, who was Mackrell’s middle school principal, recalled having to call the now-20-year-old’s father to the Pine Bluff school one time in his younger years. The former educator said she did all she could to ensure Mackrell had the tools he needed to succeed in school.

Mackrell described his relationship with Williams as a grandmother/grandson relationship. Williams remained in the courtroom following her testimony until court adjourned late Tuesday evening.

The Pine Bluff resident who was found guilty of capital murder and other charges last week by the Faulkner County jury said he didn’t feel loved at home and respected Williams for the connection the two shared.

Other family members testified that they watched and housed Mackrell and that they would have continued to do so if he needed it. However, the 20th Judicial District prosecutor pointed out that Mackrell decided to runaway on his 18th birthday instead of staying with his sister, Tina McCoy Mitchell. McCoy Mitchell, who was Mackrell's older sister, testified that following Mackrell's 18th birthday, he disappeared. She had not seen him in person again following his disappearance until testifying in the death-penalty case.

Later on in the day during Tuesday's sentencing hearing, Mackrell said he felt his faults were up to the juvenile justice system in Jefferson County for not keeping him detained until he was 21.

Of those who testified as a character witness for Mackrell was a Faulkner County Detention Center jailer. Jeremiah Burgess, the detention officer, told the jury that Mackrell ultimately saved his life when another detainee at Unit I — the county's maximum security unit — put him in a chokehold on Dec. 5, 2019. However, the jailer also said he’d overheard Mackrell talking to other inmates about killing the Wooster woman “to join a group" and said Mackrell treated other detainees and jail staff differently.

When talking to other inmates about what he did, the jailer said Mackrell would smile and "seemed proud" about the murder.

The defense team called seven witnesses to the stand Tuesday before calling Mackrell to testify as a character witness on his own behalf in the sentencing phase of the capital murder trial.

Mackrell told the jury his childhood was traumatic and that at 12 years old he saw his best friend die after being shot in the face.

While the Pine Bluff man had a troubled childhood, Crews pointed out that Elvia and her husband also had challenging childhoods.

Elvia’s family suffered in Columbia at the hands of overpowering drug lords while Helmut’s family was forced to flee Nazi Germany in the midst of WWII.

Helmut previously told jurors he and Elvia decided to move to the United States and later retire in Wooster because the USA was “the safest country.”

The defense rested following Mackrell’s testimony on Tuesday and both sides will give their closing sentencing arguments Wednesday morning at the Justice Building before the jury of eight women and four men begins deliberating on whether to sentence Mackrell to life in prison or give him the death penalty.