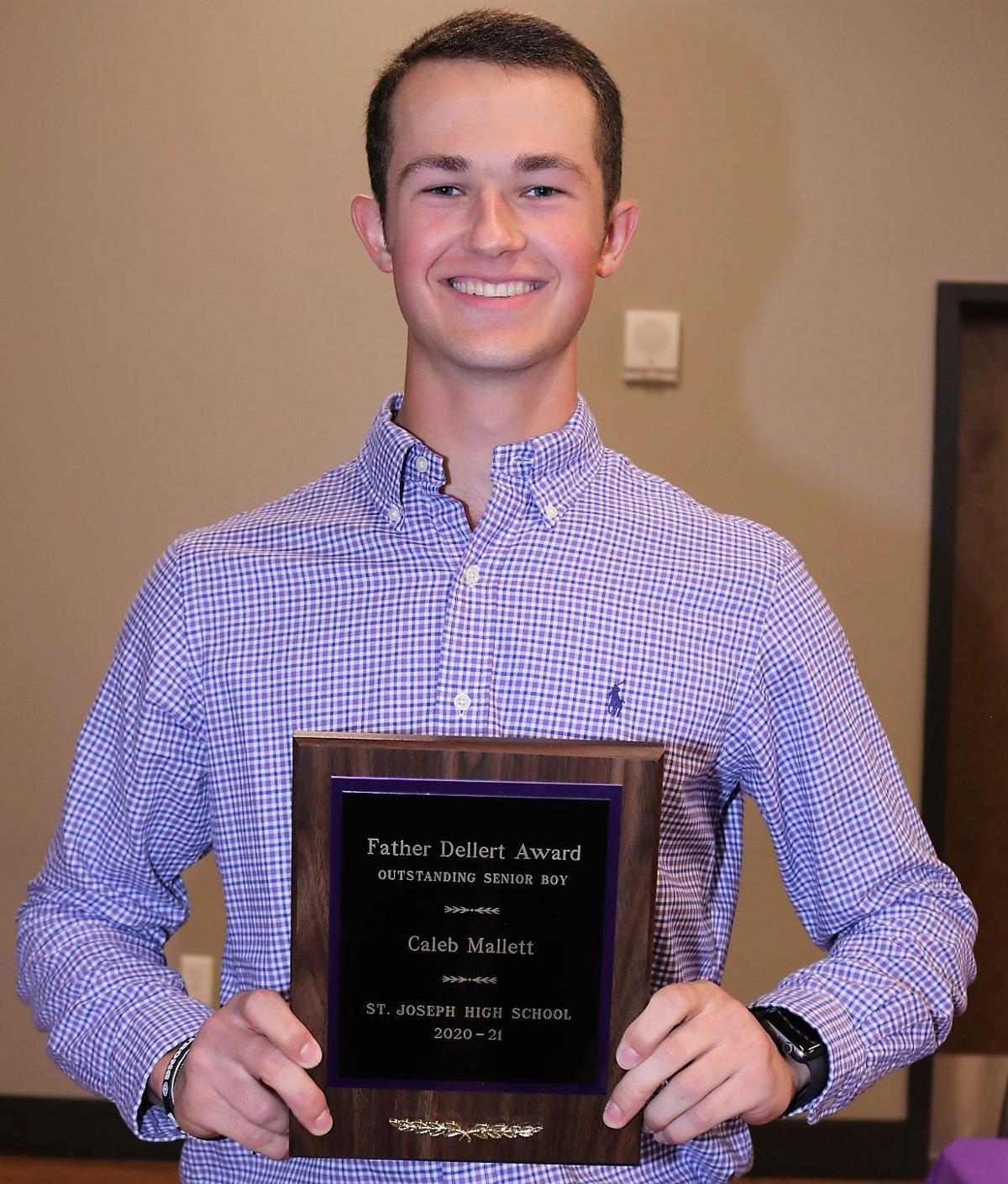 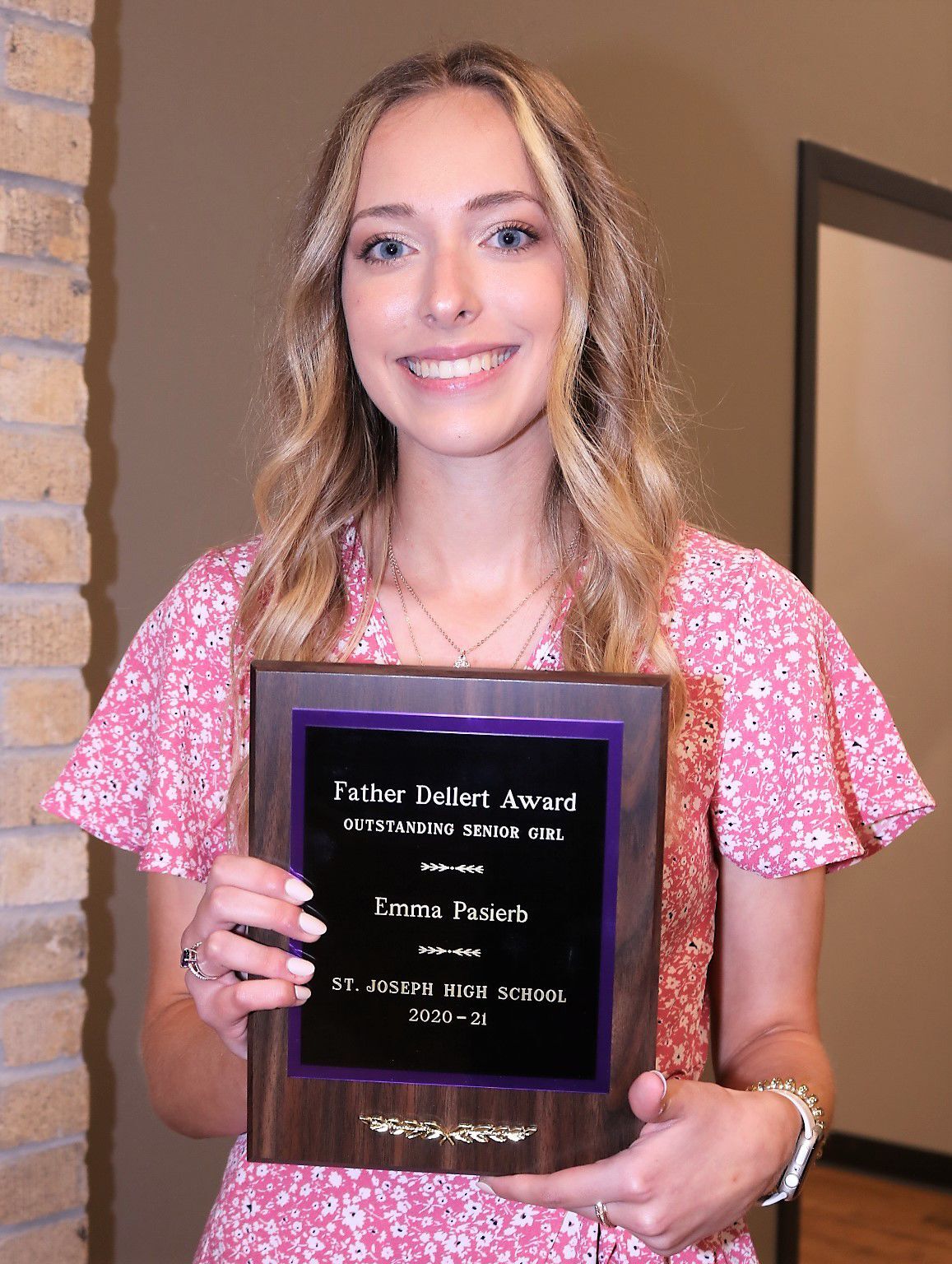 The Father Dellert Award, which honors the top all-around senior boy and girl, went to Caleb Mallett and Emma Pasierb. Father Sylvester Dellert pastored St. Joseph Church from 1955-69. Among other things, he started the school’s kindergarten program and oversaw construction of the former rectory.

The award in his name goes to the two seniors who are persons of faith and intelligence, who have the courage to seek out the truth and follow it, and who see God and respect Him in themselves and in others.

Mallett intends to study data sciences at the University of Arkansas in Fayetteville. He’s the son of Matt and Meghan Mallett of Conway.

Pasierb will be attending the University of Central Arkansas where she plans a career in communication science and disorders. She’s the daughter of Christy Pasierb and Stephen Pasierb of Conway.