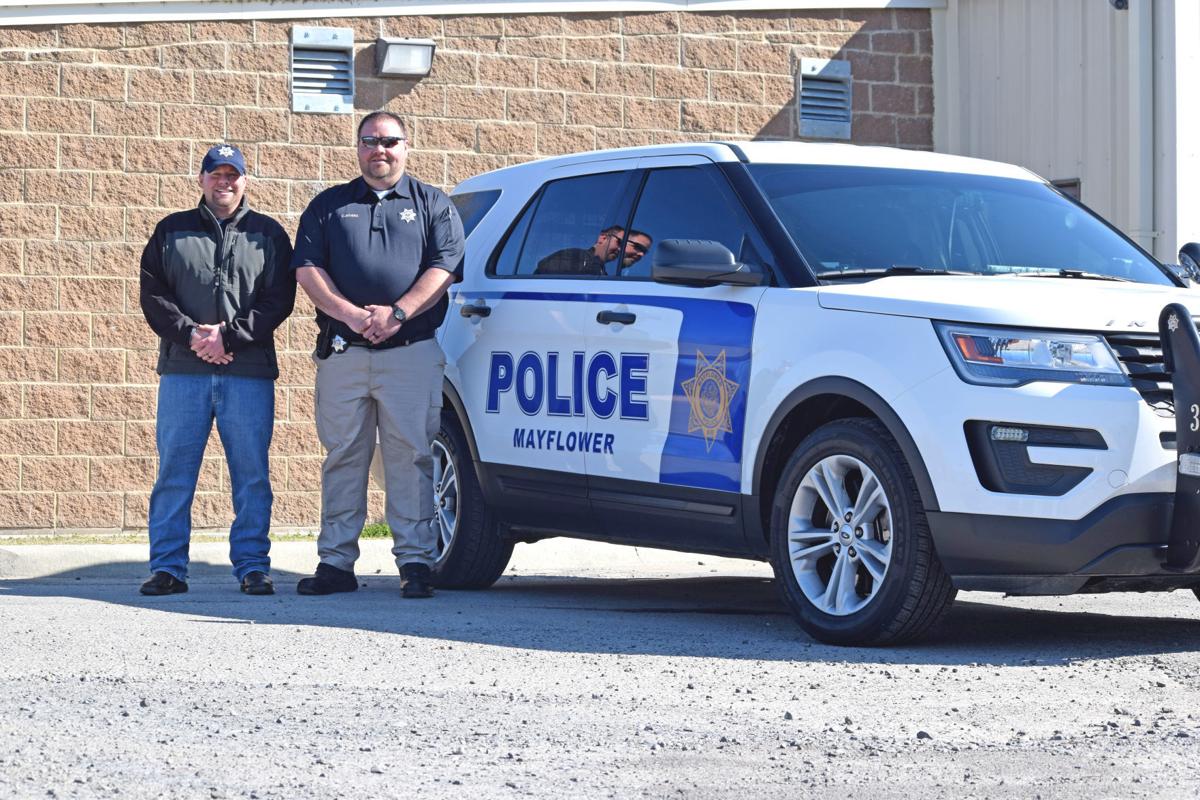 Mayflower officers Brian Moody and Chris Myers were acknowledged during the city’s January city council meeting for their service to the community. 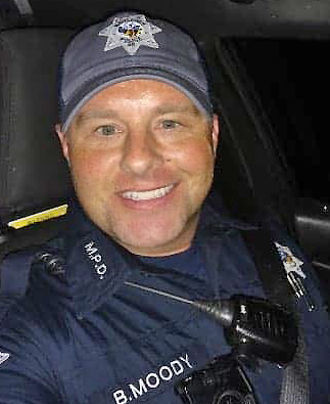 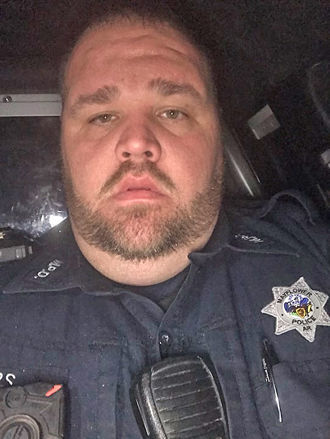 Two Mayflower Police Department officers recently were honored for their dedication and service to the community.

“With officer Moody, we felt like he for the year of 2019 had been the best overall officer,” Tyra told the Log Cabin Democrat. “He was always here on time, made good quality arrests and made quality citations.”

Regarding his work ethic and attitude toward serving others, Tyra said it was clear Moody was “all the way around the best performing officer for the year.”

The MPD 2019 Officer of the Year said he and Myers were honored for the recognition they received for their achievements.

“Words cannot express our gratitude and appreciation for the citizens of Mayflower along with the Mayflower Police Department,” Moody said. “Each day is a new adventure and each day we put the uniform on and pray to make it home safe to our families. We will continue to serve our community to the best of our ability, hopefully for many years to come.”

Myers was recognized for the number of DWI arrests he made last year.

The officer made 75 DWI-related arrests during 2019.

It seemed only fitting to acknowledge Myers’ dedication by presenting him with the distinguished service award, Tyra said.

“What this means is that he went way above and beyond to secure the safety of the public,” the lieutenant said.

A majority of the DWI cases involved intoxicated drivers who were traveling at high speeds. Many of these motorists were driving up to 120 mph along the interstate and had an average blood alcohol concentration (BAC) of 0.15.

In Arkansas, a driver is considered impaired if they have a BAC of 0.08 percent or higher.

According to the National Highway Traffic Safety Administration, there were 10,511 alcohol-related deaths attributed to drunk-driving crashes across the nation.

All 50 states have DWI laws in place that make it illegal to get behind the wheel with a blood alcohol concentration of 0.08 or higher.

At a BAC of 0.02, an individual will feel “some loss of judgment; relaxation, slight body warmth [and an] altered mood,” according to the NHTSA. At this level of intoxication, a driver will begin to suffer slight visual impairments and their ability to perform two tasks at the same time also declines.

At a BAC of 0.05, an individual will begin to exhibit “exaggerated behavior” and loose the ability to focus their eyes on objects, according to the NHTSA. At this level of intoxication, motorists have reduced coordination, cannot track moving objects well, have difficulty steering and exhibit slower response rates to “emergency driving situations.”

At a BAC of 0.08, the NHTSA states motorists are unable to control their speed, exhibit short-term memory loss, have low concentration levels and showcase an “impaired perception.”

Regarding the DWI arrests Myers made last year, Tyra said the highest BAC was recorded at a 0.22 and the lowest was at 0.08.

“It’s a safety thing for us,” Tyra said of the high number of DWI-related arrests in 2019 in Mayflower. “It’s sad to us that we have this many people driving impaired and driving at dangerous speeds.”

When it comes down to it, Myers’ dedication to ensure safety and his outreach efforts toward the community encouraged MPD officials to bestow Myers with the 2019 Distinguished Service Award.

The officer said he was grateful to receive the award.

“It was an honor to receive this award, although I feel like it’s just a part of my job,” Myers told the Log Cabin. “I know I’ve probably saved a lot of lives and will continue to do so as long as I’m a law enforcement officer.”

Tyra said the department was thankful to have officers Moody and Myers.