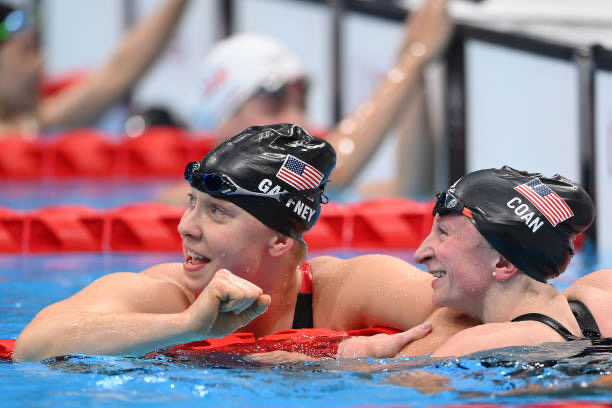 Julia Gaffney at the Paralympics in Tokyo. 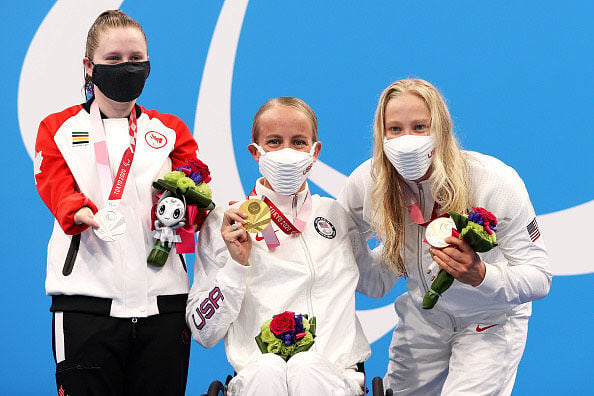 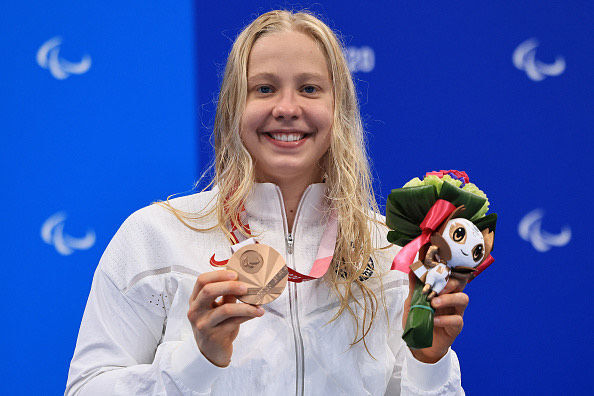 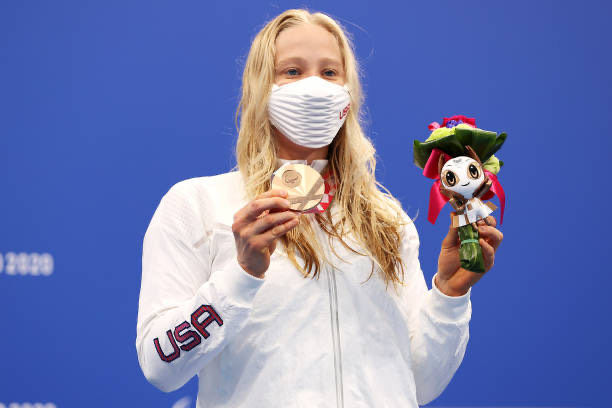 Julia Gaffney at the Paralympics in Tokyo.

That’s what Mayflower’s very own Julia Gaffney said to herself when she first stepped foot in the Tokyo Aquatics Centre for the 2020 Tokyo Paralympic Games.

Despite only having a population of nearly 2,000 people, according to the 2020 census, the small town of Mayflower, Arkansas, was still able to produce a strong Olympic athlete who would later go on to win two bronze medals for Team USA in the 100-meter backstroke and the 400-meter freestyle.

“You know, I’ve dreamt of being a Paralympic medalist for five years now and for it to become a reality, it’s still sinking in for me,” Gaffney said. “To medal in the 400 free was really special and then to come back the next day using that momentum to win another bronze in the 100 back is just wild.”

The third-place finish in the 400 Freestyle was specifically special to her not only because it was her first medal at the Paralympics, but also because she got to share the podium with another one of her Team USA teammates and close friend, McKenzie Coan.

“I had been training with McKenzie Coan in Colorado Springs who won gold in that event in Rio, and I wanted nothing more to stand on that podium with her,” Gaffney said. “So when she won gold again and I was able to get bronze and share that moment with her, it’s so special and will be one of my favorite moments ever.”

The response from the public has been “overwhelming” for Gaffney with her getting praise all over from many different people, including politicians on social media such as Gov. Asa Hutchinson and Rep. French Hill who both tweeted out their support after her wins. Her hometown of Mayflower even held a parade after she returned home from Tokyo to celebrate her victories.

“Everyone has truly just been so excited for me and I just feel the love,” she said. “It’s funny, I’ve had this thought that people are more excited for me than I am. It’s something I will never forget and I’ll always remember how much people really love and support me. And, of course, my family have been the biggest supporters and they have just allowed me to follow my dream and remind me that they are proud of me no matter what happens. And for that I am extremely grateful.”

One of Gaffney’s biggest supporters in the swimming world was her Conway Aquakids swim coach Tony Marleneanu who was extremely proud to see her win those medals for her country.

“I feel super proud and blessed that I had the opportunity to coach her and that I was able to help her achieve her goal to qualify for the Paralympics,” he said. “I always believed in her.”

Gaffney officially started competitively swimming back in 2015 when she was 15 years old after her mom, who was a college swimmer, thought it would be the best fit for her due to her disability.

Gaffney said that she was always active and competitive and “always wanted to be first and fast,” so swimming was the best fit for her since she could just “take [her] legs off” and use her arms to race.

“You know, when I really think about it I really never had to deal with any negativity with my disability.” She said. “I think that’s partly what made Conway so great was that everyone was so welcoming and supportive and wanted to do whatever they could to help me. There’s always going to be those people that need some education about people living with a disability and the para-world, but for the most part it has all been positive which I’m so thankful for.”

Marleneanu, or “Coach Tony” as Gaffney calls him, never saw Gaffney for her disability despite her being his first para-swimmer.

“When I first watched her in the water, I knew that she is going to be something special,” he said. “She was so comfortable in the water and it seemed so natural to her. Julia didn’t need any special accommodations. I coached her just like any other swimmers on the team and that’s what she wanted. Julia has an amazing determination and she is very competitive. She has what I call a ‘big heart’ and always whats to do better.”

Coach Tony is the one that introduced Gaffney to the “para-world” and she credits him with helping her become the swimmer she is today.

“Coach Tony was my first coach and he just took me in and didn’t treat me differently from the other kids,” she said. “He learned about the para-world with me and was willing to make any adjustments if needed for me. He was tough on me and made me swim everything and the hardest things, which in the end really paid off. With Coach Tony I really learned how to be disciplined and work hard anywhere I go. Which really helped me out in Colorado Springs when I moved out in 2019.”

Coach Tony coached Gaffney for three years, from 2015 when she first started to 2018 when he left the Aquakids to coach the the Hendrix swim team. During his time coaching her, Gaffney was able to qualify for the 2016 Olympic trials in Colorado Springs after only a year of swimming competitively. She narrowly missed out on qualifying for the 2016 Rio Paralympic Games.

“That was a game charger for her,” Coach Tony said. “We discussed a few things and made her realize how fast and talented she is. That’s when we decided that we are going to make the 2020 Olympics.”

And that’s exactly what she did. Despite the games being delayed in 2021 due to the COVID-19 pandemic, which Gaffney says was really hard on her mentally and physically, she was able to go this year and make her country proud.

“It felt so good qualifying for the Paralympics, especially the challenges we all had to overcome,” she said. “When trials finally came again and I got my name called on that team, I was so happy and [ity was] so worth the hard work I’ve been putting in for five years. To be able to compete for Team USA is such an unforgettable experience and I will forever be grateful.”

Gaffney’s upcoming goals include going back to college for something along the lines of being a nutritionist or a personal trainer as well as starting her journey to find her birth mom in Russia, from where she was adopted when she was 6 years old. She also plans on qualifying for the 2024 Paralympics in Paris where she hopes to this time bring back the gold.

“This is just the beginning of her journey,” Coach Tony said. “Julia started swimming relatively later than most swimmers at her level. That will help her continue to improve and I am sure she wants to go back and bring home more Olympic medals. I look forward to seeing what she can achieve in the years to come.”