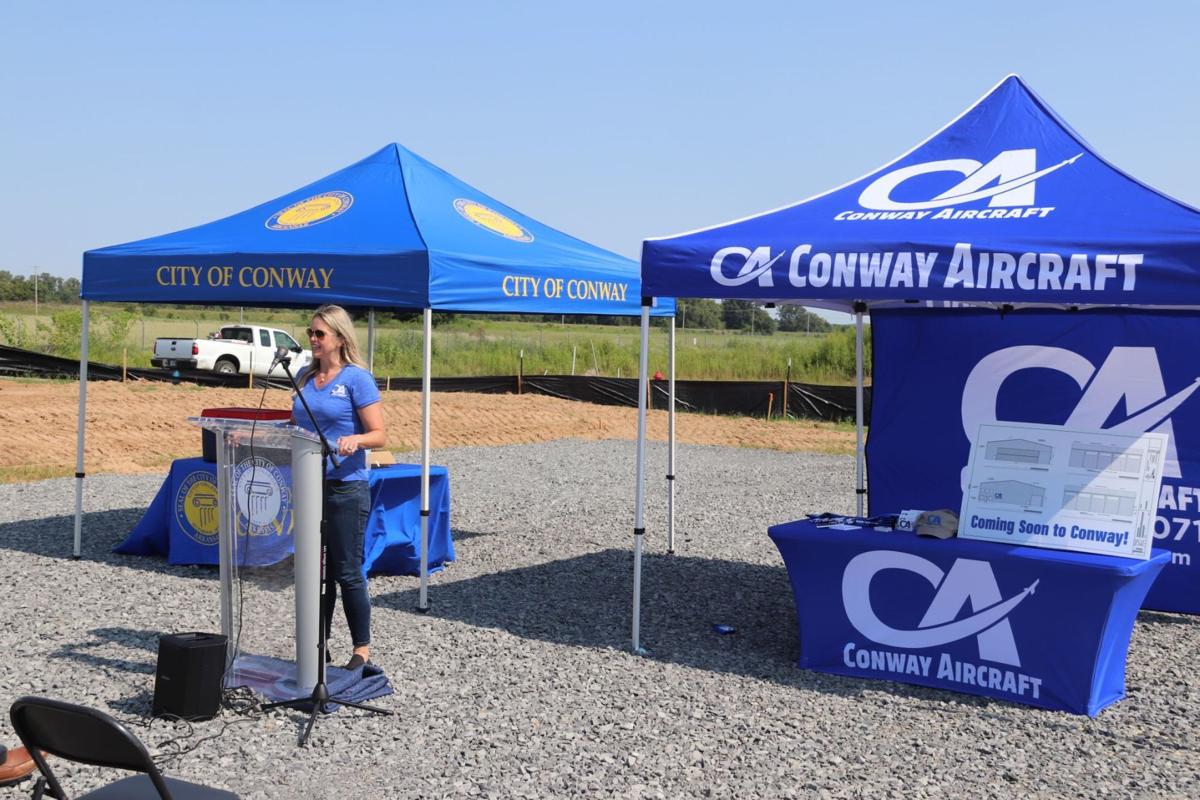 Conway Aircraft co-owner and CFO Dana Willis at the groundbreaking. The business will be a "first class facility," she said. 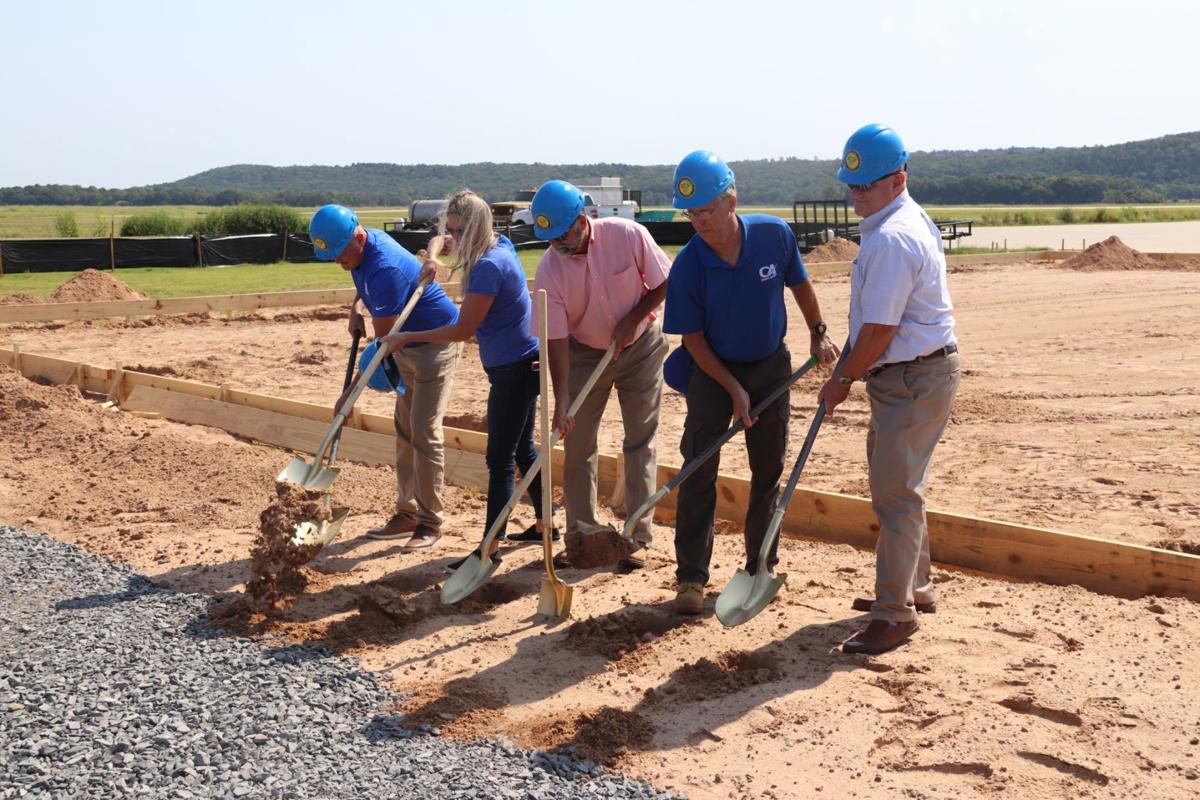 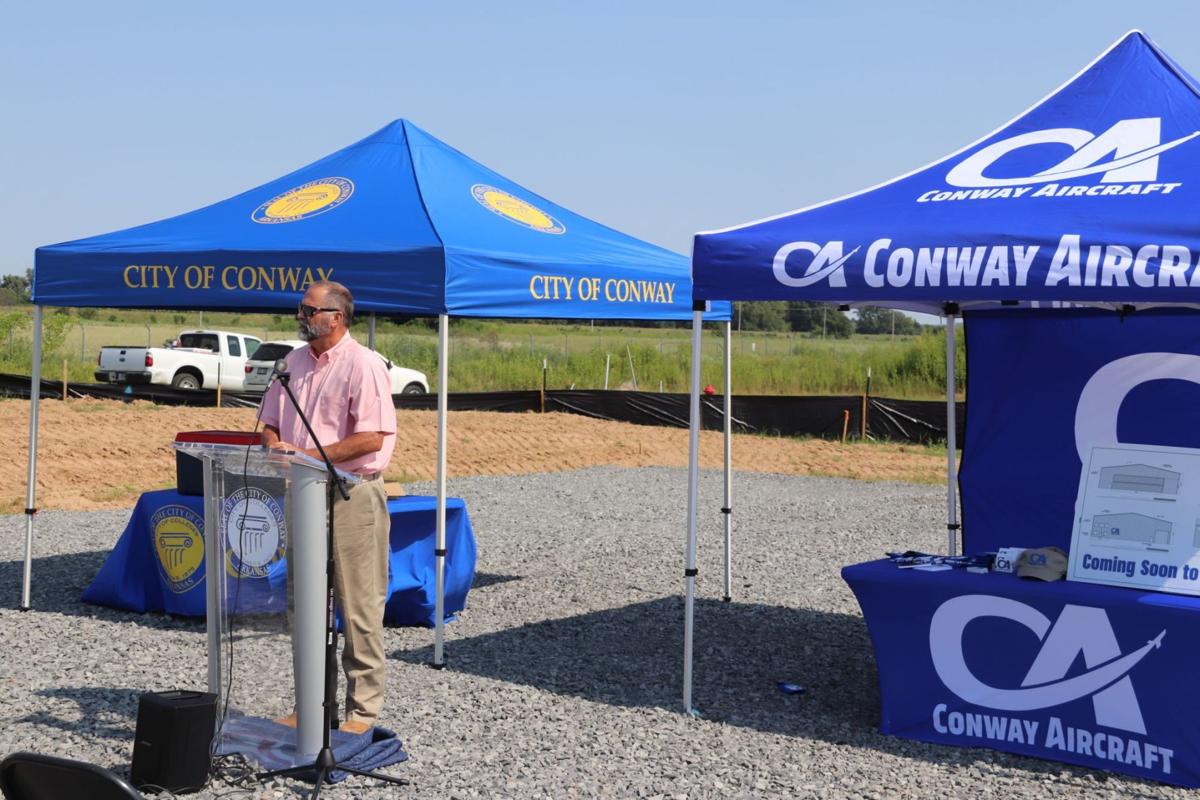 Mayor Bart Castleberry at the groundbreaking. Conway Aircraft was the start of other businesses locating at the airport, he said. 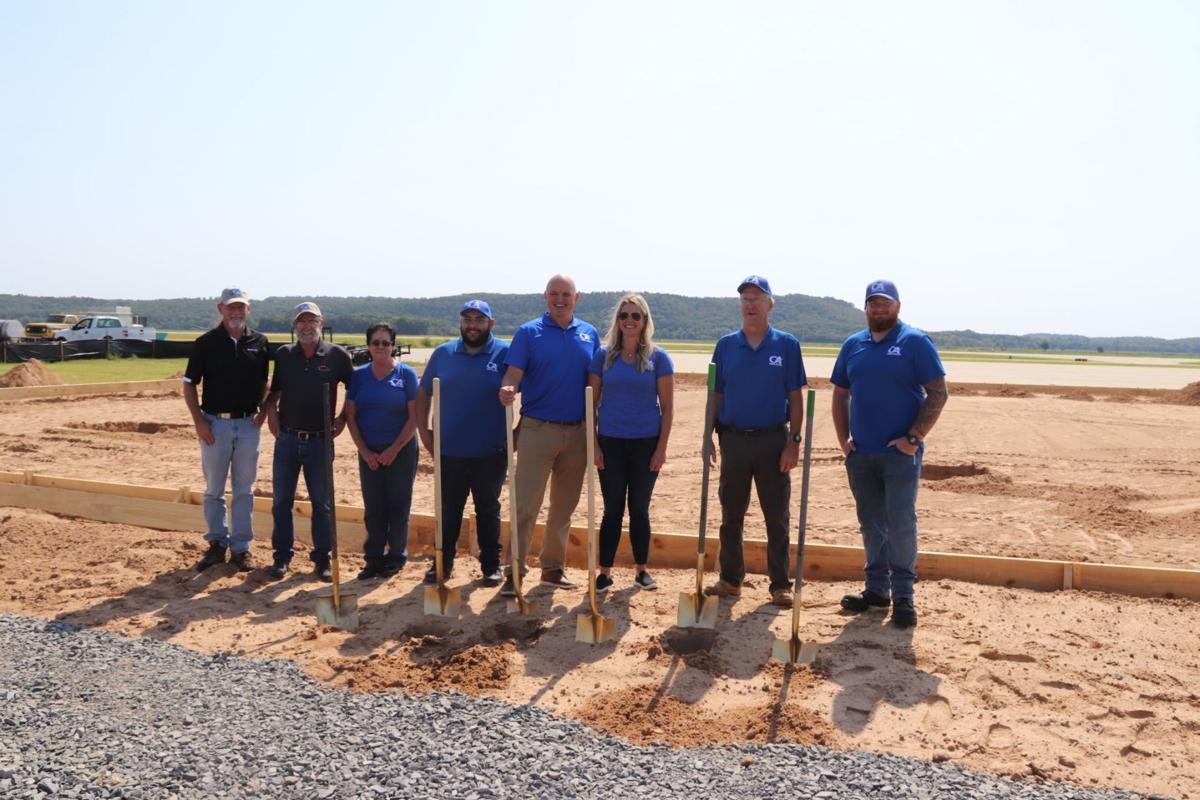 Conway Aircraft co-owner and CFO Dana Willis at the groundbreaking. The business will be a "first class facility," she said.

Mayor Bart Castleberry at the groundbreaking. Conway Aircraft was the start of other businesses locating at the airport, he said.

A groundbreaking Sept. 10 marked the start of a new business located at the Conway airport.

The business, Conway Aviation, broke ground on a 10,000-square-foot hangar. The business will provide aircraft inspection and repair as an FAA-certified repair station, as well as a full-service avionics shop. Announcement of the avionics provision as part of the services offered was part of the groundbreaking events, as a partnership of Conway Aviation with ABS Avionics. (“Avionics” are an aircraft’s electronic navigation and communication equipment.)

Plans for the business were announced at a Conway airport committee meeting earlier this year by Robbie Willis, area businessman and aviator. Co-owner with Robbie is Dana Willis, who is the corporation’s Chief Financial Officer. Conway Aviation has already begun operations at the North Little Rock airport, pending construction of the new hangar. Other than Robbie and Dana, the business is staffed by three FAA-certified aircraft mechanics and an operations manager.

Airport Director Jack Bell said the construction of the maintenance facility marked the culmination of “years of effort,” with “zero up-front cost” to the city in his introductory remarks for the groundbreaking.

Mayor Bart Castleberry echoed Bell’s sentiments, while adding the maintenance facility was one of several businesses planned for the airport. In passing, Castleberry mentioned a discussion underway for locating a restaurant at the field.