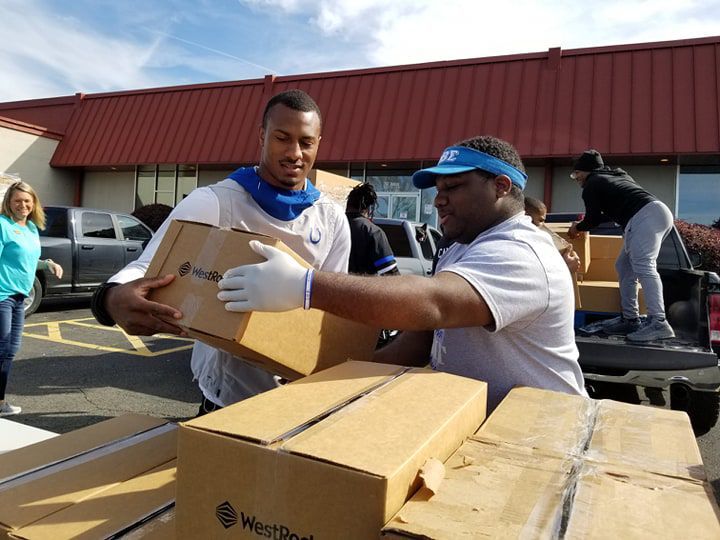 Indianapolis Colts safety George Odum donated more than 100 boxes of food on Sunday and gathered a group of friends and family to help the Community Action Program for Central Arkansas pass it out to those in need. 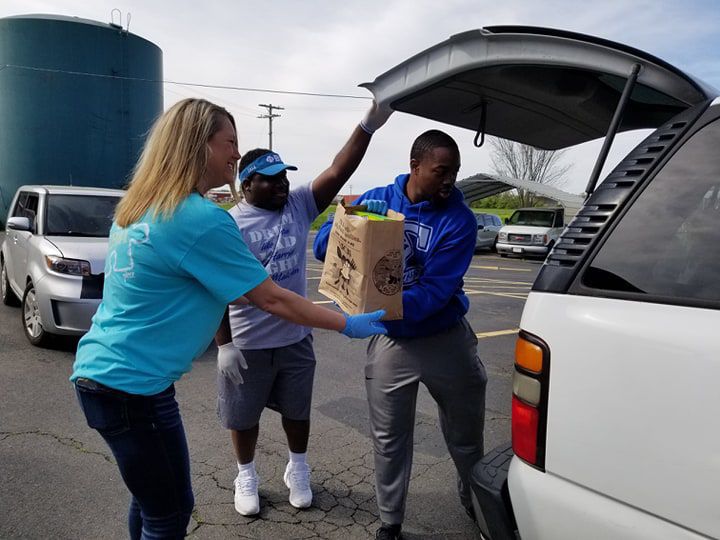 CAPCA Executive Director Jennifer Welter, along with two Phi Beta Sigma members, place food boxes into the back of a vehicle Sunday morning. 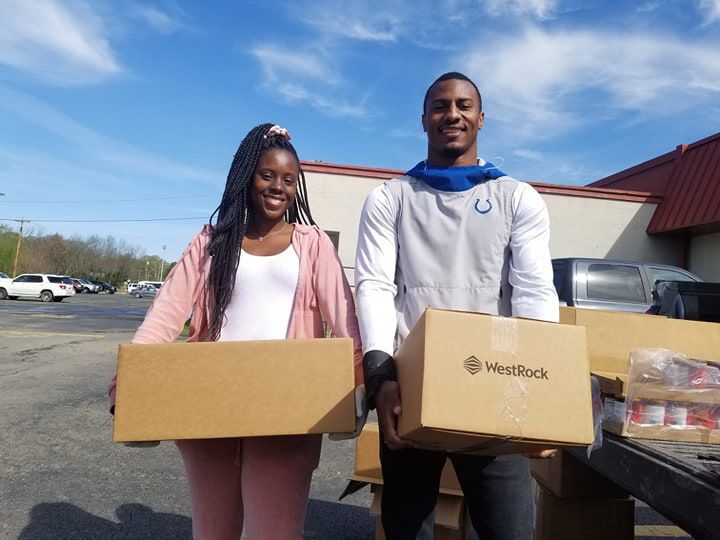 George Odum and his girlfriend, Alana Dunlap, load boxes for the next round of hungry Faulkner County residents. 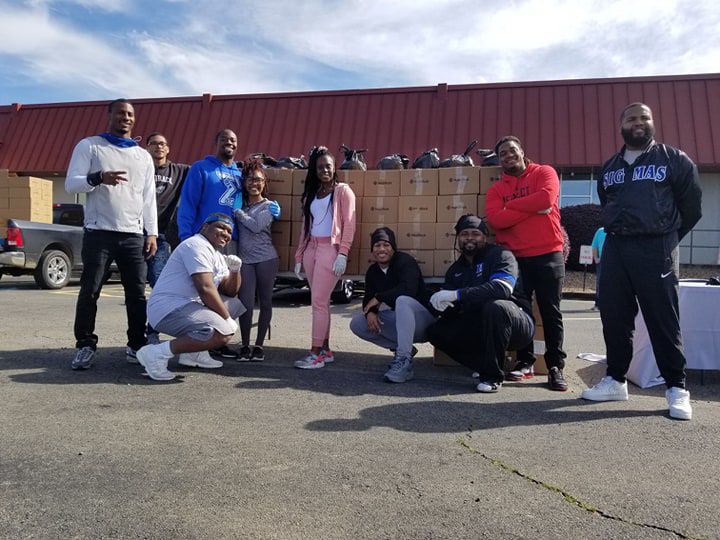 The volunteers also helped deliver boxes to head start and student market families who were unable to pick up food Sunday morning.

Indianapolis Colts safety George Odum donated more than 100 boxes of food on Sunday and gathered a group of friends and family to help the Community Action Program for Central Arkansas pass it out to those in need.

CAPCA Executive Director Jennifer Welter, along with two Phi Beta Sigma members, place food boxes into the back of a vehicle Sunday morning.

George Odum and his girlfriend, Alana Dunlap, load boxes for the next round of hungry Faulkner County residents.

The volunteers also helped deliver boxes to head start and student market families who were unable to pick up food Sunday morning.

The Community Action Program for Central Arkansas was able to give food boxes to more than 100 families Sunday morning thanks to a donation from George Odum, who is a safety in the National Football League for the Indianapolis Colts.

The 26-year-old University of Central Arkansas alumnus said donating food to local families in need meant providing meals to children who otherwise would go hungry during the COVID-19 pandemic.

“When I was a kid, if I wasn’t in school, I wasn’t going to eat [multiple meals a day],” he told the Log Cabin Democrat of his decision to donate food to local families. “I thought about when I was a kid and with these kids not being in school, they’re hungry. When they’re at school, they eat twice a day. Right now, they’re not eating like that.”

“These are extra food boxes that are going out to our families, and they struggle,” CAPCA Programs Director Melissa Allen said Sunday. “Having this extra opportunity is great for them. They’re really excited about it. A lot of our families are out of work right now. The kids getting their bags every two weeks has helped them, but this helps even more.”

The CAPCA Student Market program works to provide meals for Faulkner County students over extended school breaks such as spring break, summer break, fall break and winter break. The program is currently in its third year, and because school’s have been shutdown since March 17 due to the novel coronavirus outbreak, the nonprofit has worked to feed more students that it had prepared for.

Since Gov. Asa Hutchinson announced all schools would remain closed until mid-April, the program has provided meals to 362 students.

Organizers worried they would be unable to re-open the student market Monday morning. However, the program received two large shipments of food late last week.

The Emergency Food Assistance Program (TEFAP) delivered two loads of food and Brandon Moving & Storage dropped off a shipment from the Arkansas Food Bank. While the food bank delivery was only half of what CAPCA had requested, organizers said they will be able to make every dollar spent count.

School-aged Faulkner County children can go to the CAPCA Student Market, located in Suite 120 at 707 Robins St. in Conway, to receive a two-week supply of food. The pantry provides children with 14 breakfast items, 14 lunches, 28 snacks and five drinks at no cost.

Those participating in the program are asked to give staff a working phone number and wait in the parking lot while volunteers work to fulfill their order. Volunteers will also bring food out to the parking lot and place it into your vehicle for you in an effort to continue practicing social distancing.

“We ask that you notify us if you are receiving food from anyone else so that we can adjust the items in your bag accordingly. Our food is extremely limited and we are operating on an honor system in regards to your child’s needs,” organizers said. “This emergency service is being provided so that low-income students who normally receive free or reduced lunches do not go without during the school break.”

CAPCA’s Student Market program is open to area children from 8-11:30 a.m. and 1-4 p.m. on Mondays, Tuesdays and Wednesdays.

Jennifer Welter, CAPCA’s executive director, said she was thankful for Odum’s donation to the program.

Donations such as this are critical in keeping the pantry open for those in need, she said.

“He provide a whole box of food [for 104 families] and we put a little bit extra with it from our own food boxes,” Welter told the Log Cabin. “It’s been really hard to keep things going, but we’ve had a lot of community donations. A lot of people don’t understand that staying home and being quarantined for low-income families is completely different. They don’t have the resources to run out and stock their homes.”

Parents of head start students and student market participants began lining up in front of the CAPCA Student Market facility at 10 a.m. Sunday and were surprised to see a few new faces handing out food. One woman who did not have a vehicle walked to the facility in order to pick up food for her family.

Dunlap, who is Odum’s girlfriend, said she was happy to lend a helping hand and that she understands how badly many of these families need assistance while schools are closed.

“I grew up in poverty, so I know what it’s like to need stuff and not be able to get it,” she said. “It’s a good feeling to be able to provide to others, especially during this time with layoffs and kids aren’t in school.”

For questions about CAPCA Student Market eligibility or to donate, call 501-269-9351.