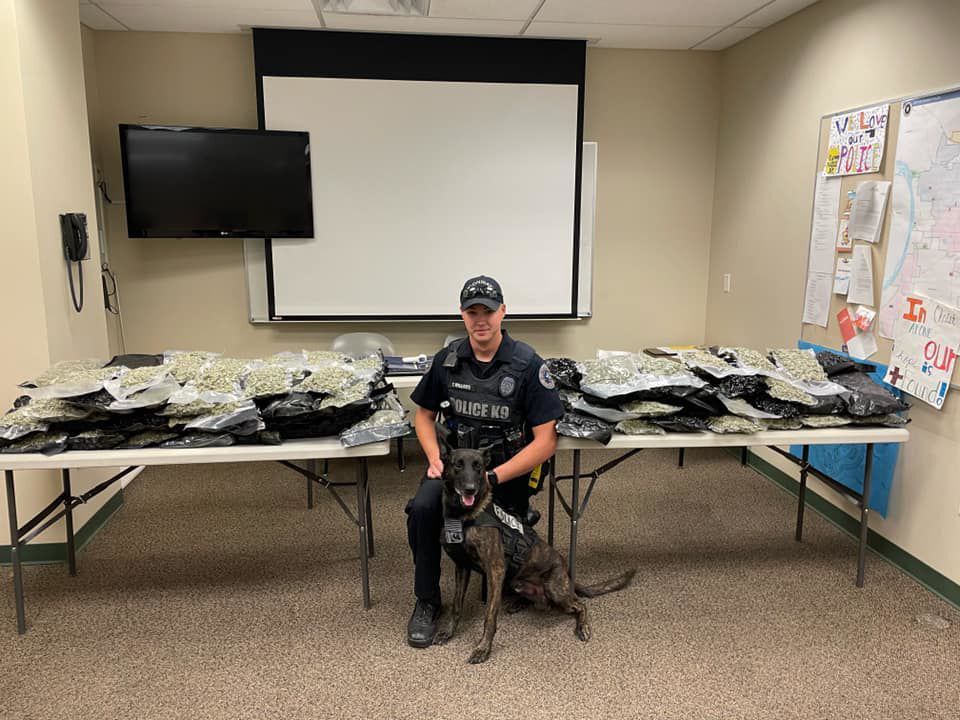 Officer Tanner Williams stands with his K-9 after the two seized more than 100 pounds of marijuana following a Monday night traffic stop.

James Arthur Jenkins faces multiple charges, including possession of a controlled substance, possession of an open container of alcohol in a vehicle and improper lane change following the late night traffic stop.

Officer Tanner Williams opted to pull over Jenkins late Monday after he noticed the South Carolina man’s vehicle “constantly drifting back and forth” into the righthand lane while driving in the center lane.

After pulling over the 68-year-old South Carolina man, Williams said he could smell marijuana and noticed there was an open container of alcohol in the vehicle.

“During the course of the traffic stop, Officer Williams found three large trash bags and a box labeled ‘bed frame,’” according to a news release. “Inside the bags and the box were vacuumed sealed containers of marijuana.”

Officials said the street value of the marijuana seized during the traffic stop was $315,000.

Online records show that Jenkins was booked into the Faulkner County Detention Center at 12:23 a.m. Tuesday and that he posted bond at 4:48 a.m. Tuesday.

Formal charges had not yet been filed as of press time Wednesday.