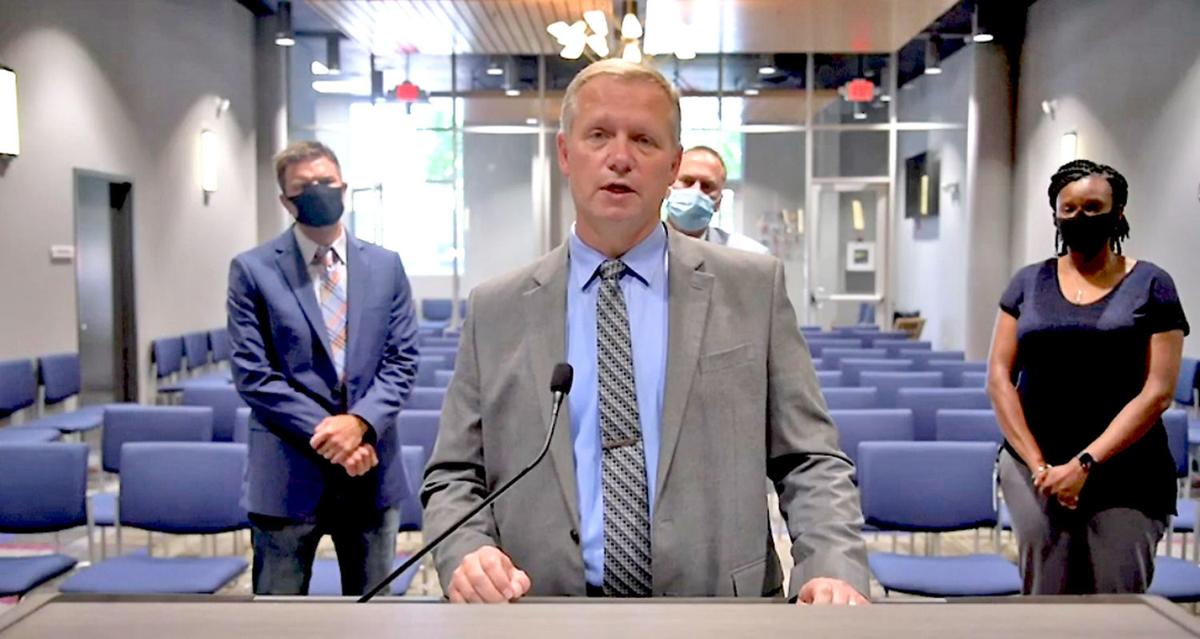 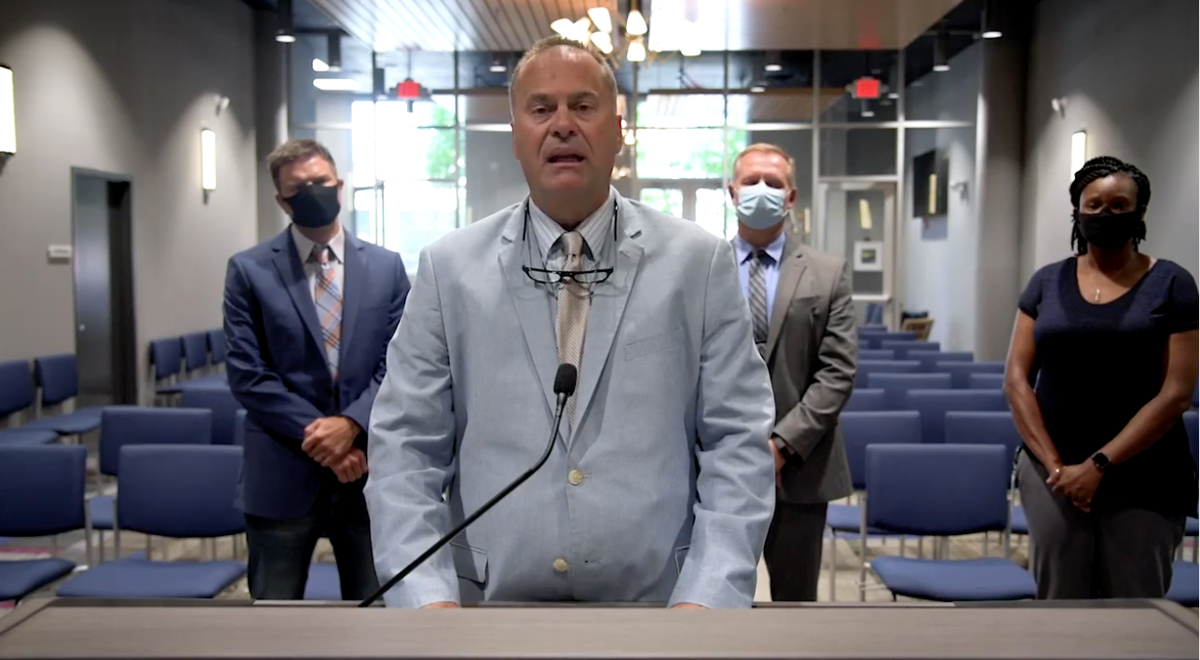 Mayor Bart Castleberry said the city is committed to increasing its investment in the Conway Police Department during a live-streamed news conference on Monday. The mayor was joined by City Attorney Chuck Clawson, CPD Chief William Tapley and the city’s Diversity and Economic Development Coordinator Shawanna Rodgers.

Mayor Bart Castleberry said the city is committed to increasing its investment in the Conway Police Department during a live-streamed news conference on Monday. The mayor was joined by City Attorney Chuck Clawson, CPD Chief William Tapley and the city’s Diversity and Economic Development Coordinator Shawanna Rodgers.

With protests surging nationwide supporting a movement to defund police departments, Conway Mayor Bart Castleberry announced Monday the city would be doing the opposite.

“In the last several weeks, there have been issues raging around the country centered around police brutality and the role of police in society,” Castleberry said. “There’s no place in our country or community for racism or social injustice in any form. These issues are important and should be attacked head on. Conway city officials have done just that. National debates [have] caused us to take a very intense self-assessment to ensure you that your Conway Police Department is doing the job for all the citizens that it serves.”

After speaking with community leaders, local pastors and social-change organizations, the Conway mayor said he believes the city should invest more money into its police department to better train and further retain officers.

“We are committed to being better every day. While some national discussions involve defunding police, I can tell you that my office and the Conway City Council are committed to increased investments in the police department,” Castleberry said. “This increased investment will be for training and focus on retaining the great officers we have and recruiting officers that understand the true meaning of serve and protect.”

City of Conway spokesman Bobby M. Kelly III said aldermen have not yet decided on a dollar amount associated with this “increased investment.” However, he said the conversation started after four police officers resigned from CPD.

These officers left the department to seek new careers and do not intend on joining other departments, he said.

Because the department is an accredited police department, there is a lengthy hire and training process before an officer is able to patrol the streets on their own.

“After being hired, officers are required to successfully complete a 13-week basic law enforcement academy and three weeks of in-house training prior to being placed with a certified training officer for a period of 14 weeks,” Tapley said. “All of this is done before that officer is allowed to operate in a solo capacity.”

In light of national protests against police brutality, the new Conway police chief said he would be making changes to department polices.

Putting in writing a ban on chokeholds “with the exceptions of situations in which deadly force is justified” is one of the policy adjustments Tapley is working on.

Though this inclusion will make the ban part of a formal policy, it is not new to CPD protocols.

“It’s important to know that this is not new for the police department. Conway PD has not permitted or trained officers in the use of a chokehold for over a decade,” Tapley said Monday morning. “This amendment to our use of force policy simply serves to document current practices and policies.”

The department is also adopting a duty-to-intervene policy that would require any officer who witnesses another employee violate a policy, law or any other rule of conduct to report the act to a supervisor.

Though the department currently has a similar policy in place, Tapley said this revised policy would stand alone from the previous one and that it would be more comprehensive.

The new police chief also said he wanted residents to know the process of filing a complaint. Residents can file a complaint against an officer either in person (at 1105 Prairie St. in Conway), by phone (501-450-6120) or online at conwaypd.org.

“If there are questions or concerns on how Conway Police Department operates, please contact us,” he said. “I want input from the citizens we serve. I truly believe that the only way that we move forward is together.”