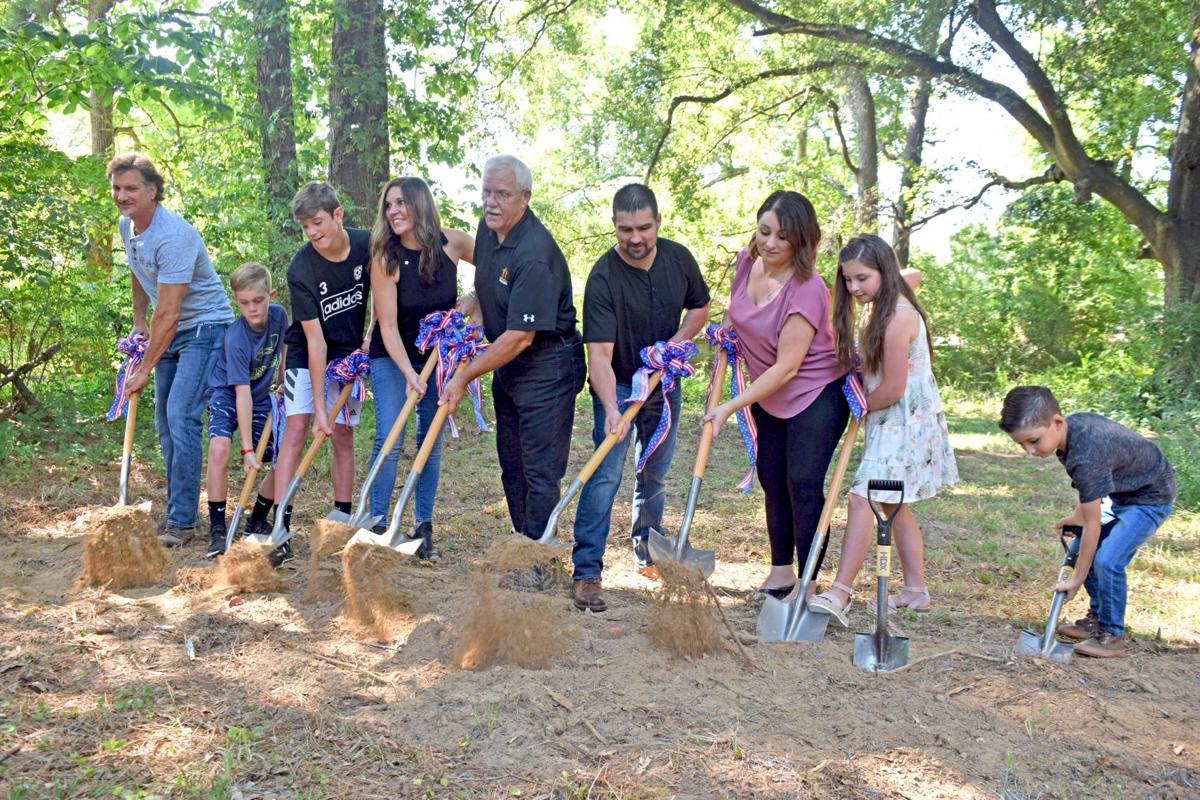 The Hixons break ground with Bret Franks and his wife, along with Operation FINALLY Home Project Manager Ronnie Lyle, as they celebrate the beginning step toward their new, mortgage-free home. 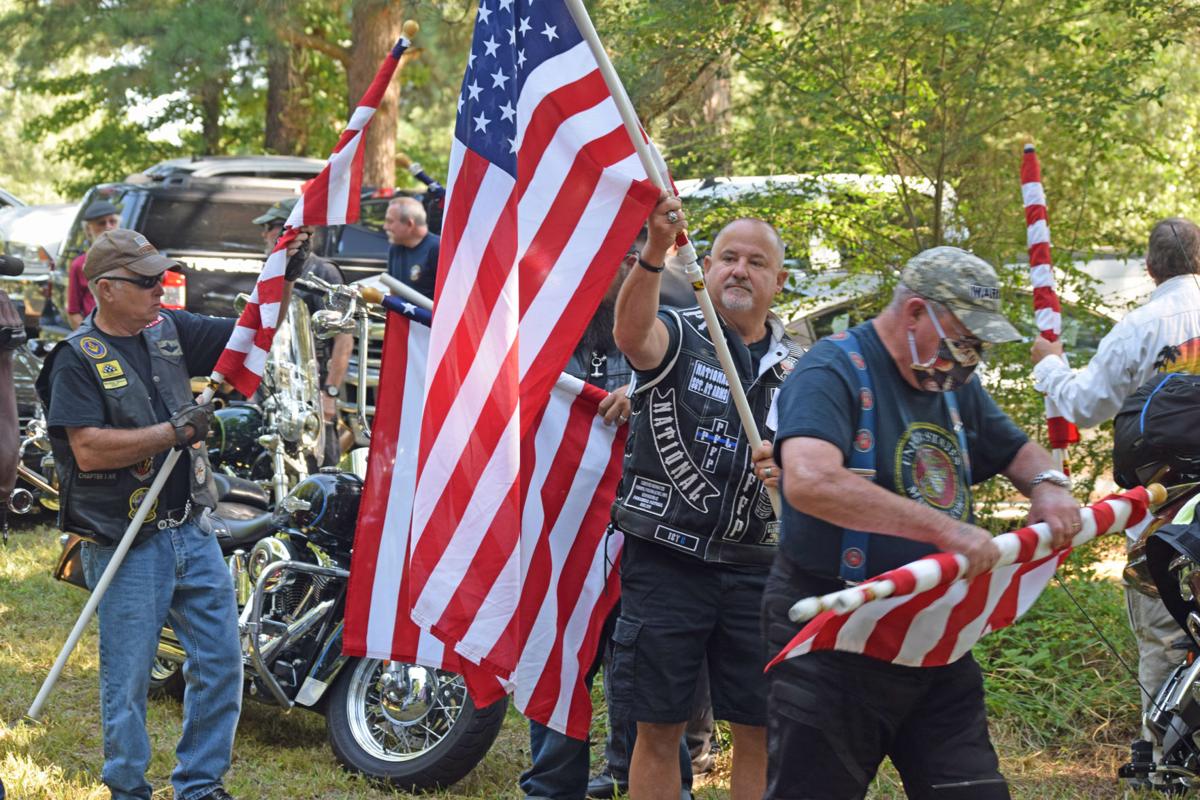 The Conway VFW Patriot Guard Riders prepare to hold up flags during the Wednesday morning celebration. 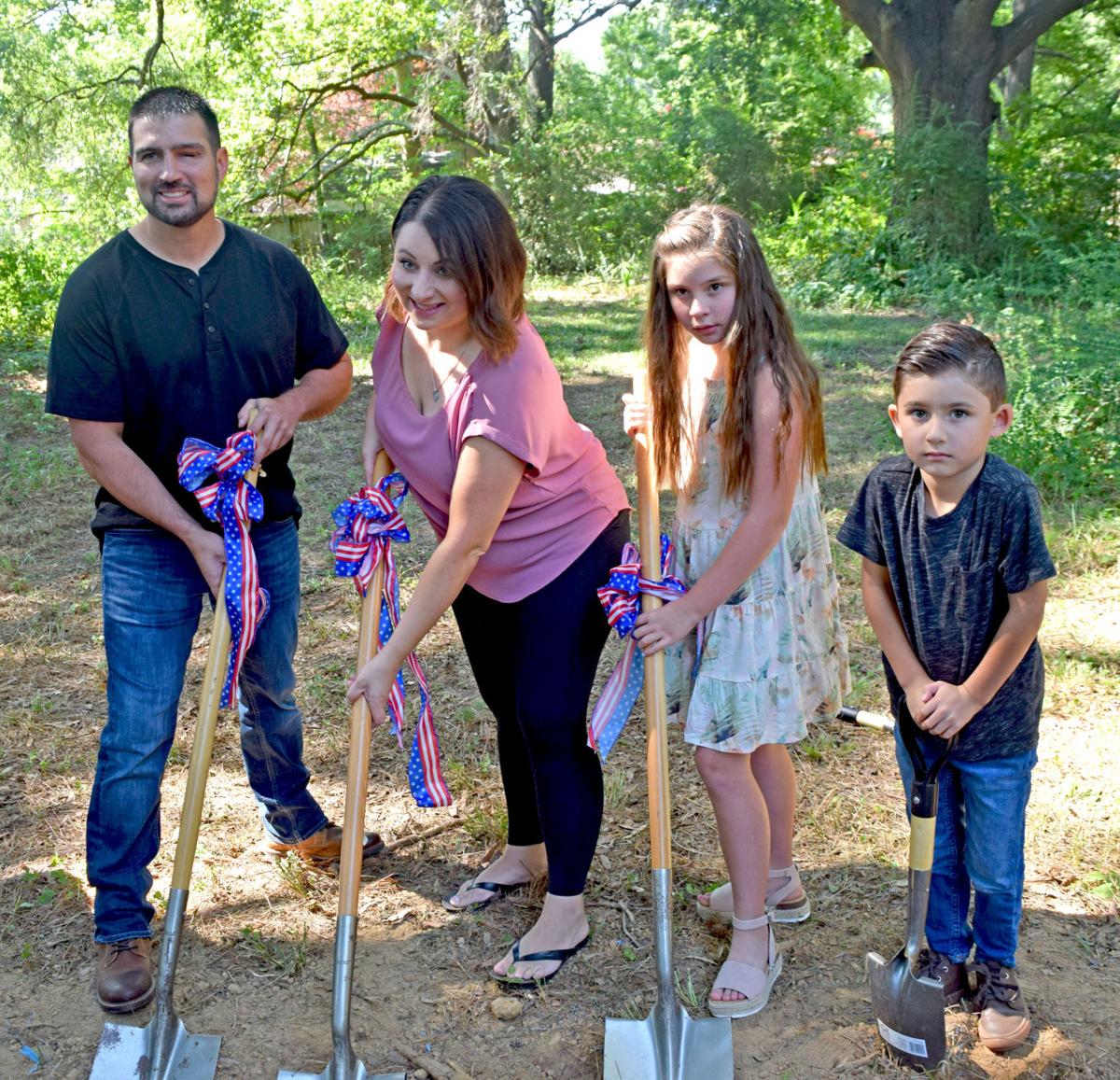 Cory and his wife Shala break ground next to their children, Haizlett and Cruz, shortly before 10:30 a.m. Wednesday on the property of their future Tyler Street home. 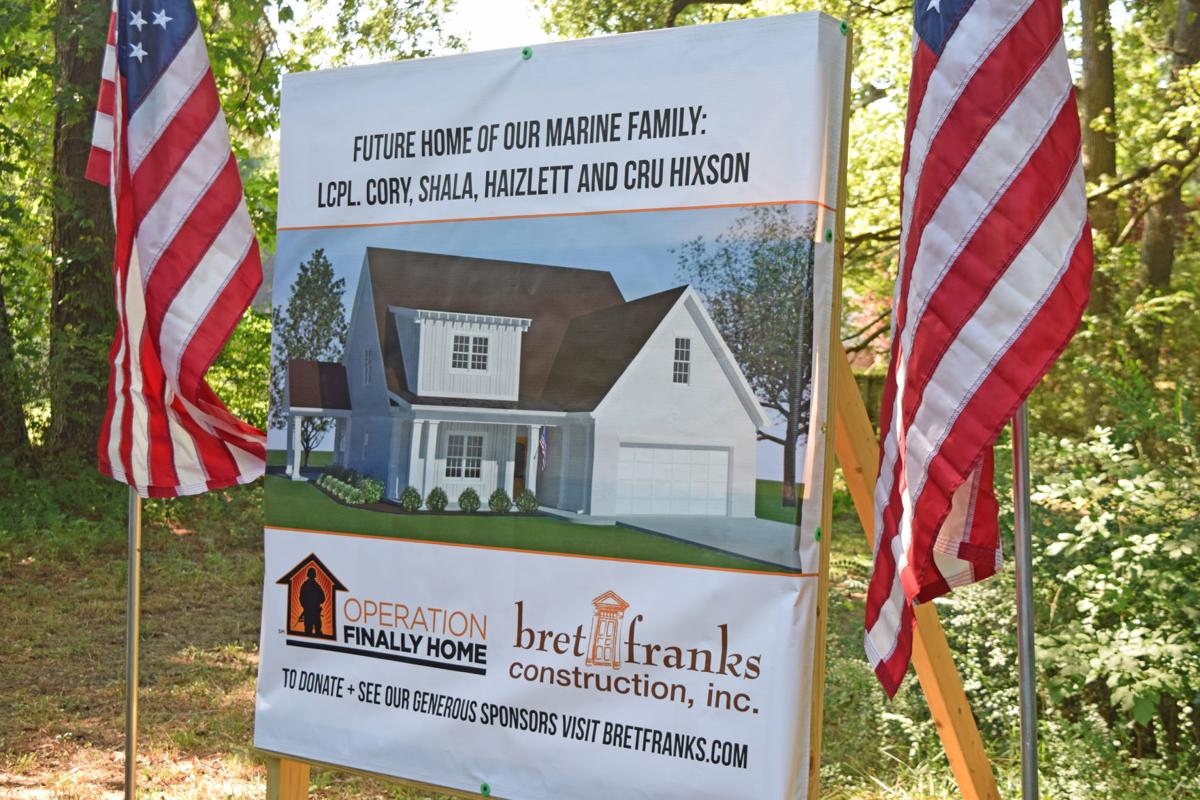 The project will make Shala’s dream of having a large, white house come true.

The Hixons break ground with Bret Franks and his wife, along with Operation FINALLY Home Project Manager Ronnie Lyle, as they celebrate the beginning step toward their new, mortgage-free home.

The Conway VFW Patriot Guard Riders prepare to hold up flags during the Wednesday morning celebration.

Cory and his wife Shala break ground next to their children, Haizlett and Cruz, shortly before 10:30 a.m. Wednesday on the property of their future Tyler Street home.

The project will make Shala’s dream of having a large, white house come true.

U.S. Marine Corps Lance Cpl. Cory Hixon and his family are moving to Conway after being selected as the next family to receive a mortgage-free home through Operation FINALLY Home.

The Hixons currently live in Tennessee but will make Conway their home once their new home on Tyler Street is ready. The project is expected to take six to nine months to complete.

Cory and his wife, Shala, learned in February that they would receive a custom-built, mortgage-free home during the 2020 Southern Living Home Summit in South Carolina. The couple traveled to Conway on Wednesday with their two children, 7-year-old Cru and 9-year-old Haizlett, to celebrate the news with a groundbreaking ceremony.

“We are overwhelmed with excitement,” Cory said.

Bret Franks Constructions crews will head the project. Franks said it was an honor to pay tribute to the military veteran and his family for Cory’s sacrifices and services.

The fact that “this family is so humbled and so appreciative” to receive the home made taking on the project even more rewarding, Franks said.

Bret and his wife, Beth, welcomed project partners who played a role in organizing Wednesday’s event as well as those who will help bring the Hixons’ new home to life to take part in scooping the first round of dirt of what will start the foundation of the military family’s new home.

Before the group grabbed their shovels to move the first round of dirt, Beth described to the crowd what it was like to meet the Hixons.

While talking to the couple’s 9-year-old daughter, Beth said she learned what colors the little girl hoped her room would be decorated with. She and Haizlett quickly became “the best of friends.”

Haizlett was able to share with Beth one of her mother’s dreams, which will soon become reality thanks to the Operation FINALLY Home project.

“She told me: ‘My momma has always wanted a big white house,’” Beth said as she pointed to the architectural rendering of a two-story white home that was designed specifically for the Hixons. Haizlett’s mother began to cry as Beth shared her story of becoming best friends with her daughter and learning about the family’s interests.

Conway VFW Chaplain Richard Sharrock opened Wednesday’s celebration with a prayer, and the VFW Patriot Guard Riders held up flags in Cory’s honor during the ceremony.

Cory served in the Marines for three years until he was critically wounded in Iraq.

Prior to being deployed, he attended boot camp in San Diego, where he pursued his goal of becoming a rifleman. He was deployed in October 2004 to serve in Operation Phantom Fury during the initial breach of Fallujah.

Cory’s unit was hit with heavy mortar fire that caused a firefight after his unit captured three insurgents. Shrapnel struck the Marine veteran during the six-hour firefight.

The blast stuck his upper torso and face. A larger piece of the debris pierced through Cory’s left eye, stopping at the orbital bone and leaving him unconscious and later underwent emergency surgery.

Cory was awarded a Purple Heart, Marine Corps Good Conduct medal, Combat Action ribbon, an Iraq Campaign medal among other honors for his service upon being medically discharged. When he returned home, he began working in construction and reconnected with his high school sweetheart – Shala.

The Marine veteran said he was thankful for his wife’s support through the years and is excited to move to Conway with his family.

“I just want to thank my wife,” he said following Wednesday’s celebration. “She’s the one who has kept us afloat.”

Operation FINALLY Home is based in New Braunfels, Texas, and has helped provide a place to live to about 200 military veterans and their families over the last 15 years.