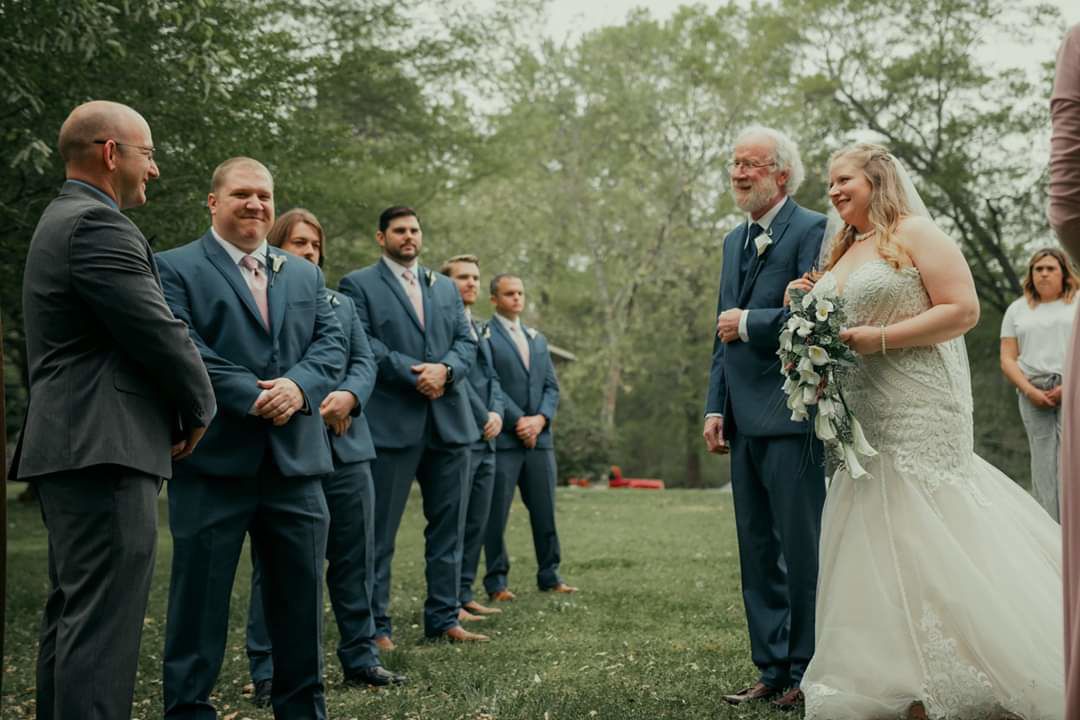 Donald “Bart” Wray Jr. walks his daughter, Jacqueline, down the aisle as she prepares to marry Jeremy Holliman of Greenbrier on April 5. 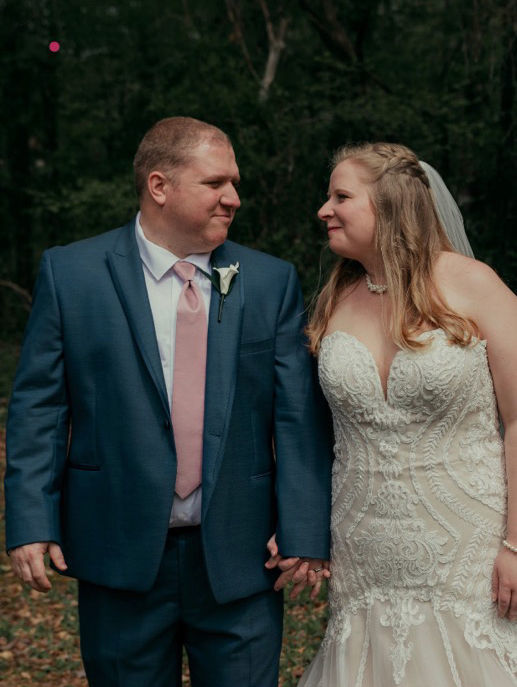 Jeremy and Jacqueline Holliman set a date to get married about one year ago not knowing they would vow their love to each other during a global pandemic. 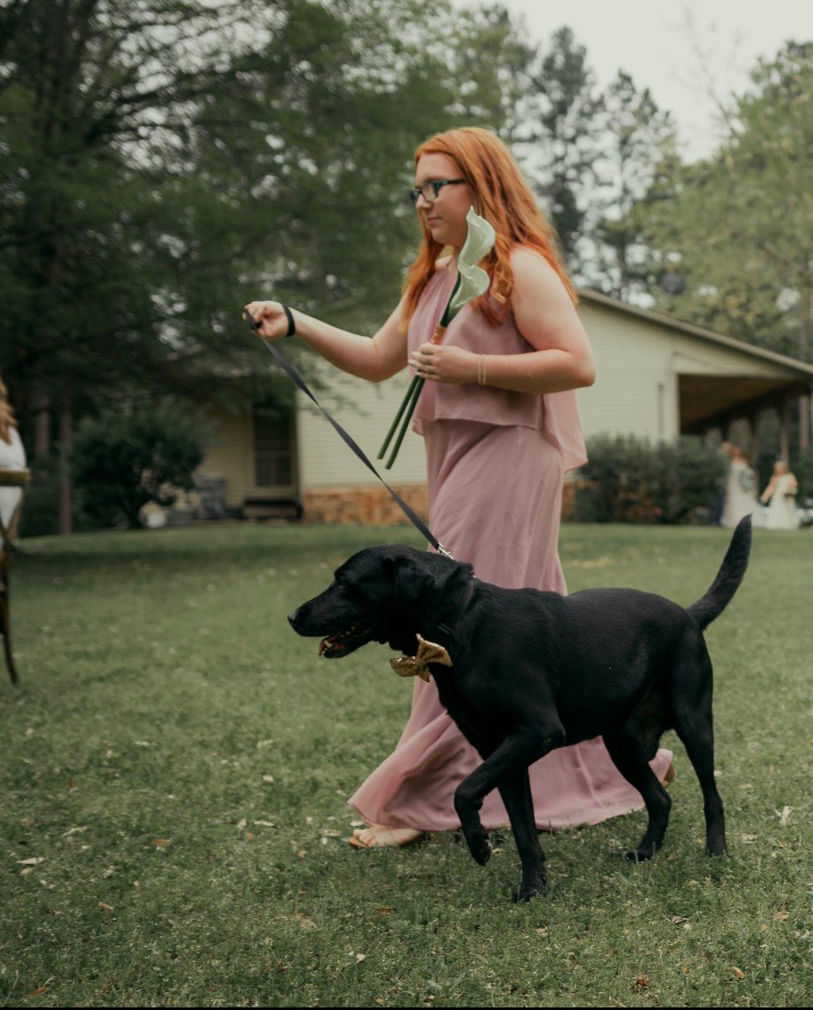 Jeremy’s daughter, Baylee, helps lead Jake, the ring bearer, to the stars of the show. 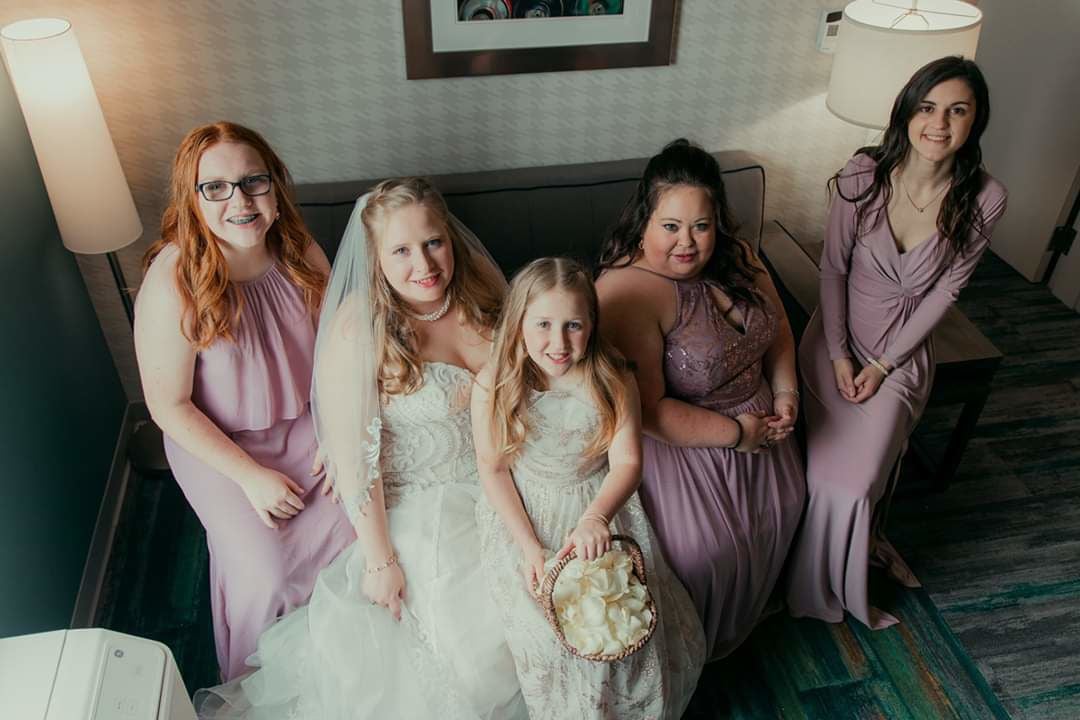 The bride takes a moment to pose with her most of her wedding party, including Jeremy’s youngest daughter, Rheagan, who was the flower girl.

Donald “Bart” Wray Jr. walks his daughter, Jacqueline, down the aisle as she prepares to marry Jeremy Holliman of Greenbrier on April 5.

Jeremy and Jacqueline Holliman set a date to get married about one year ago not knowing they would vow their love to each other during a global pandemic.

Jeremy’s daughter, Baylee, helps lead Jake, the ring bearer, to the stars of the show.

The bride takes a moment to pose with her most of her wedding party, including Jeremy’s youngest daughter, Rheagan, who was the flower girl.

Though the process of getting a marriage license looks different during the novel coronavirus pandemic, it has not deterred Faulkner County residents from vowing their love to their partners.

As of Thursday, 214 couples had obtained a marriage license from the Faulkner County Clerk’s Office since March 1.

During that timeframe (March 1 to May 14) last year, 220 couples got married in Faulkner County, deputy clerk Alyson Miller said.

In the midst of the global pandemic, the courthouse is closed. However, residents can still obtain a marriage license by calling the county clerk’s office and setting up an appointment to pick up a marriage license.

During the appointment, only the two seeking the license can go to the clerk’s office and indoor-courthouse ceremonies are off limits.

Though he cannot officiate weddings indoors, Justice of the Peace John C. Pickett said he has helped wed a few couples during the coronavirus pandemic at the dog-trot log cabin near the Faulkner County Museum in downtown Conway.

“I usually perform there in the courthouse but with the virus and since the courthouse has been closed, now I do them at the log cabin,” he said, adding that the change of venue allows for social distancing.

The Faulkner County justice of the peace said he looks forward to seeing the smiles on the bride and groom’s faces.

Greenbrier residents Jeremy and Jacqueline Holliman were well into their wedding plans when the coronavirus pandemic hit.

The couple planned to have an intimate ceremony on her grandfather’s farm in West Plains, Missouri, on April 5. However, their plans took a drastic shift when Missouri Gov. Mike Parson issued a stay-at-home order the week before the couple’s wedding day.

Knowing the couple’s honeymoon was canceled, the already-booked reception would be postponed to September and that they couldn’t travel to Missouri to have a ceremony, Jacqueline said she was not willing to also delay the special day.

“I just wanted to get married,” she said.

Instead of getting married next to a large tree in the field on her grandfather’s farm, the couple found a new spot across from her parents’ home in Greenbrier. It was a beautiful transition, Jacqueline said, adding that the couple that owns the land was like a second set of grandparents to her when she was growing up.

The road to #happilyever holliman was nothing like the couple expected. However, the two newly-weds said they were able to conquer every curve ball hurled in their direction.

Everyone included in the wedding party lived relatively close by, the bridesmaids were prepared with their dresses and the groomsmen had their tuxedos ready to go, so the couple said they decided to go ahead and have their wedding on the date they sent about a year ago.

Though her 91-year-old grandfather and 4-year-old nephew – who would have been the ring bearer – could not attend, everyone else was able to make it. Because her grandfather was unable to travel to Arkansas for the wedding, he pre-recorded a prayer that was played over a loudspeaker during the ceremony.

Everyone who attended the wedding had a special role in the couple’s life, they said.

Andrew Burningham was Holliman’s best man. The two met when they were hired at the Conway Police Department on the same day and grew close when they attended the Arkansas Law Enforcement Training Academy together.

Jeremy said having his co-worker and friend Thomas “Bob” Cole officiate the wedding was especially touching to him.

“I asked him a long time ago,” Jeremy said. “He was there the night [Jacqueline and I] met. We met at Los Tres in Conway. It was just me and Bob there. And, when it came time to propose, Bob helped me with the ring.”

Bob helped Jeremy plan the proposal. Though he tried for months to get the OK from stadium staff, Jeremy said that his idea for a big-screen proposal was ultimately rejected. Instead, Jeremy proposed to Jacqueline outside the stadium before the two enjoyed a Grizzlies game in Memphis, Tennessee.

“I don’t think she saw a second of that game,” he said while laughing.

Jacqueline’s childhood friend Lindsey Harris was the maid of honor.

“We’ve been best friends since before we were born,” Jacqueline said, adding that the duo’s fathers were friends before they were born and that the two were also born one month apart.

The couple’s dog, Jake, was the ring bearer.

And because many of the events they were forced to postpone (the honeymoon cruise and reception at Hillbrook Farms), the couple said they are happy to keep their wedding celebration going all year long.

We get to celebrate ongoing,” she said. “It’s a wedding celebration that just won’t stop.”

Blue Box Videography and Photography was able to capture the couple’s photos and the couple’s close friends and family were happy to watch as they vowed their love to each other on April 5.

Though it was stressful making the quick change, Jacqueline said it was well worth the hassle.