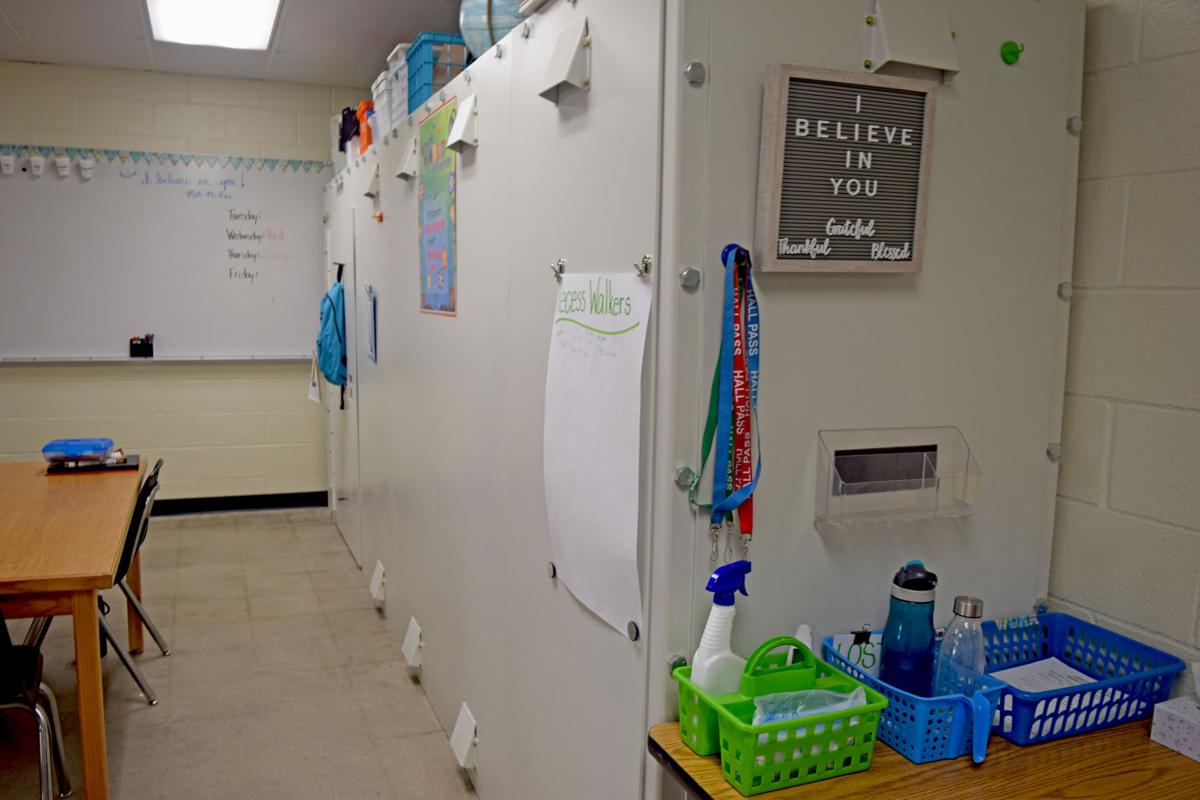 The storm shelters were custom-built for the age and number of students in each classroom. 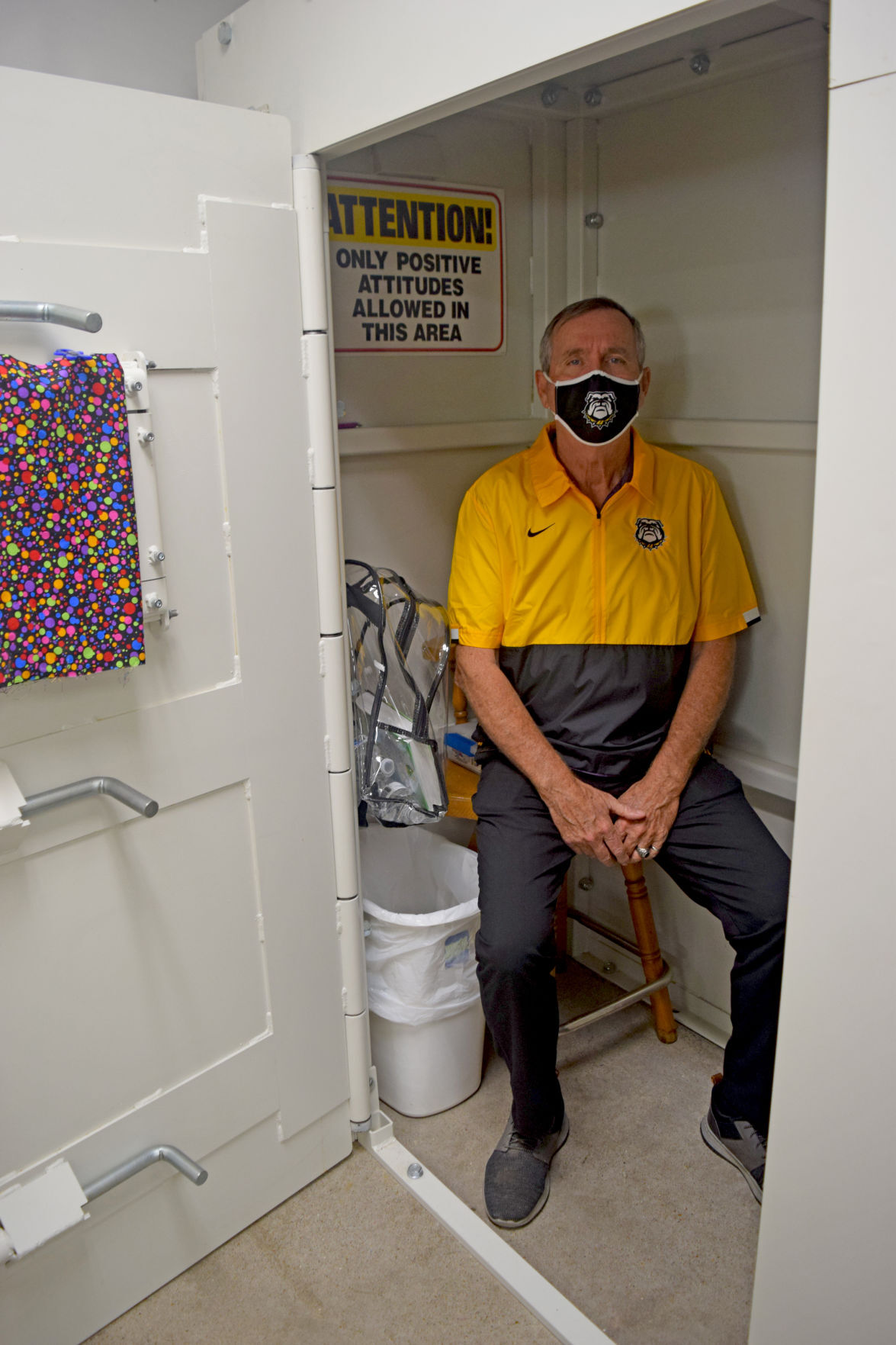 Quitman Superintendent Dennis Truxler stopped by the safe room in the elementary music room on Tuesday. The safe rooms are built to withstand an EF-5 tornado and lock up from the inside.

The storm shelters were custom-built for the age and number of students in each classroom.

Quitman Superintendent Dennis Truxler stopped by the safe room in the elementary music room on Tuesday. The safe rooms are built to withstand an EF-5 tornado and lock up from the inside.

QUITMAN — Quitman School District educators were prepared and ready to act when heavy winds and tornado-capable weather made its way across Faulkner County and into Cleburne County last week.

As of January 2019, all classrooms across the district are equipped with safe shelters. The old gym and cafeteria also have safe rooms.

Dennis Truxler, the district’s superintendent, said each shelter was fitted for each individual classroom.

“For example, a kindergarten classroom will have a smaller shelter than a shelter for high school students,” he said.

The shelters were purchased for $1,022,000 through Staying Home Corporation out of Harrisonville, Missouri. Shelters were shipped in from out of state 10 at a time, Truxler said, adding that the process of bringing the shelters to the school and having them installed “went very smoothly.”

The most important feature about the shelters is that they will keep all district students safe during severe weather events, the superintendent said.

Since the safety shelters were installed, the district has seen a boost in its enrollment.

“We have seen our enrollment go from 662 to 740, with many of these families coming to Quitman for this amazing safety benefit and peace of mind, so with the state funding schools based on student population, the shelters will pay for themselves in less than [three] years,” Truxler told the Log Cabin Democrat.

As severe weather made its way into the district on Sept. 2, district educators acted quickly to ensure student safety.

Mark Clemmons, the elementary music instructor, said he was able to get all his students in the safe shelter in less than one minute when it was time to take cover.

“They’re just phenomenal,” he said of the classroom shelters. “They’re in the class, so we don’t have to risk taking the students outdoors. We used to have to go to the basement in the gym. We don’t have to do that anymore.”

The music instructor said the purchase was “a tremendous thing for our school district,” noting the shelters are made to withstand an EF-5 tornado and will allow the district “to save every student’s life.”

The superintendent said having the shelters has also helped keep students and staff calm when severe weather hits.

“It is amazing how calm our staff and students are knowing that they have the immediate protection of the shelters,” Truxler said. “When we receive a weather alert telling us to take cover, we can have all students and staff in a shelter in a matter of a couple of minutes.”

Educators also work with students to help keep them calm until they are given the all-clear to exit the shelters. When severe weather made its way through the district last week, Nicole Allen, a kindergarten teacher, read her students stories while they took cover in the shelter.

Shelters at the school are also available to other residents, Truxler said. Altogether, the district has 820 people (counting students and staff) with room to house 1,100 in shelters.

Staff writer Marisa Hicks can be reached at mhicks@