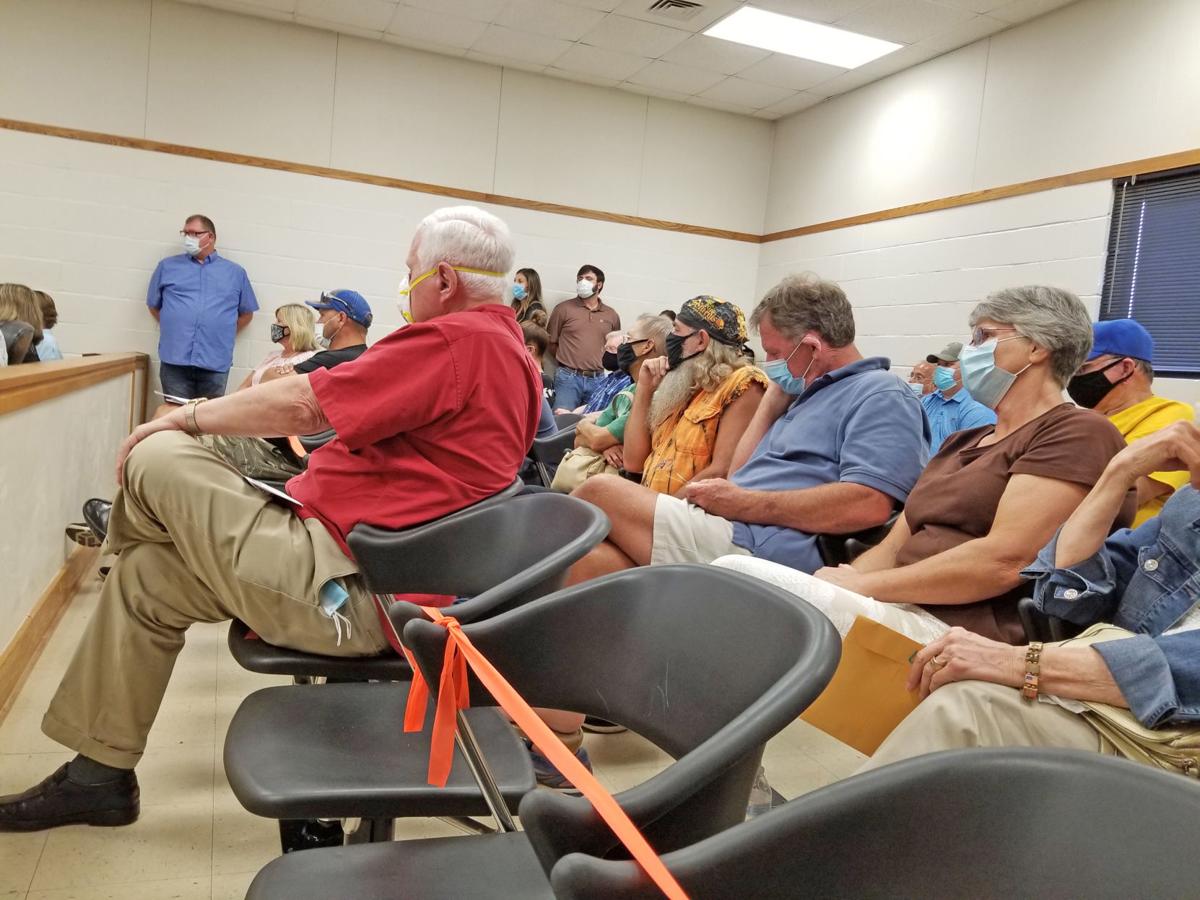 More than 30 people attended the Monday night Greenbrier Planning Commission meeting to speak out against a lot split request involving two homes on a 2.5-acre plot on West Springhill Drive. Planning commissioners said they did not have proof that those requesting the lot split had properly notified everyone in the community and that a second hearing would be held in August. 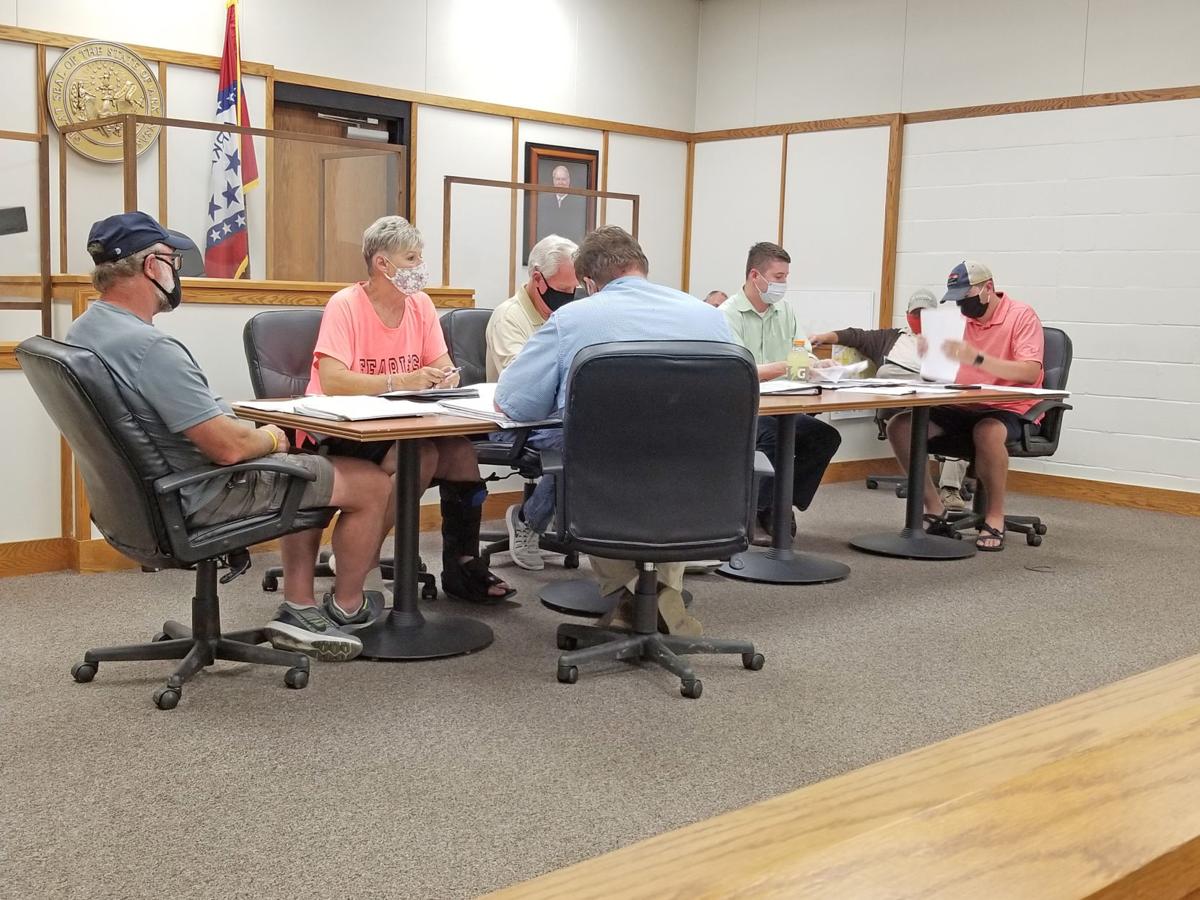 Planning commissioners said they did not have proof that those requesting the lot split had properly notified everyone in the community and that a second hearing would be held in August.

More than 30 people attended the Monday night Greenbrier Planning Commission meeting to speak out against a lot split request involving two homes on a 2.5-acre plot on West Springhill Drive. Planning commissioners said they did not have proof that those requesting the lot split had properly notified everyone in the community and that a second hearing would be held in August.

Planning commissioners said they did not have proof that those requesting the lot split had properly notified everyone in the community and that a second hearing would be held in August.

GREENBRIER — More than 30 residents filled the Greenbrier City Hall courtroom Monday night to speak out in a public hearing against a lot split request after the landowner already broke the neighborhood covenant in building more than two homes on one lot.

City planning commissioners admitted during the Monday night meeting that the residents who live adjacent to the property in question on West Springhill Drive were not properly notified of the lot split request back in September.

Minutes from the city’s October planning commission meeting show that the lot split request was approved on Sept. 23, 2019, without a public hearing.

“We neglected to make sure everyone was notified … we are trying to remedy that,” commissioner Hunter Thrasher said of why the Greenbrier Planning Commission organized the public hearing on Monday.

The public hearing was too late, the group of residents said, pointing to the fact the homes were already built and that their proximity to each other violated the neighborhood’s covenant that has been set in place since January 1978.

Harry Schneider and Ronnie Mills had requested the lot split at 6B West Springhill Drive in September 2019. The request was unanimously approved at the time by the Greenbrier Planning Commission. Since then, a nearby resident confronted the Greenbrier city attorney about the two homes that were built on a 2.5-acre lot, adding that residents in the area were never given the chance to speak out against the request.

Nine families spoke out against the lot split request.

Those in the audience said that while the homes were already built in violation of the neighborhood covenant, they wanted peace of mind from the planning commission that this would never happen again.

The neighborhood in question is located in Springhill, just outside of city limits. The Greenbrier Planning Commission had oversight over the zoning request because the area falls “within [a] 1-mile territorial jurisdiction,” city attorney Dustin Chapman said.

Bonita Clifton, who has lived in the neighborhood since November 1982, said she and other residents were unaware the property owners were given the OK to construct two homes on the 2.5-acre lot until the homes’ foundations were installed.

“I had no idea who was even doing the work until they posted a Mill Co. construction sign after both slabs were poured,” Clifton said.

The long-time resident said she and others were upset they were not notified of the property owner’s intentions beforehand and that they worry this could set a precedence for other incoming residents.

“He should have notified the community,” she told the Log Cabin Democrat. “If they had put one house on that property, we would not have an issue. But they put two houses without consulting the neighborhood. They want to do a lot split, which is something none of us want.”

According to the neighborhood covenant, no land in the area “shall be further sold off or ‘subdivided’ in such fashion as to create a building site or lot of less than [2] acres in area.”

The covenant also sets a standard for single-family homes that would not have more than one residence on a single plot.

While the homes that were constructed by Mills-Co Enterprises, Inc. are attractive homes, residents in the area are upset with contractors for breaking the neighborhood covenant.

“The homes he built look good. The way they placed them looks good … but what they did is illegal,” one family told the Log Cabin during Monday’s meeting.

Mills stood before planning commissioners and said he felt the issue was at the Greenbrier Planning Commission’s fault.

“As far as we knew, we were fine and good to go,” he said, adding that planning commissioners had already approved the lot split in September before contractors got to work.

The Greenbrier Planning Commission did not make a decision on the issue Monday night because the city attorney said the group fighting for the lot split did not have substantial compliance in notifying all residents within 250 feet of the property prior to the meeting. The matter was tabled until a second hearing can be held at 6:30 p.m. Aug. 17.

Why didn’t anyone think to look at the covenants and restrictions to begin with? That’s a no brainer....