At least 40 central Arkansas residents hiked along the Huckleberry Trail at Woolly Hollow State Park to start the new year off on a good foot. 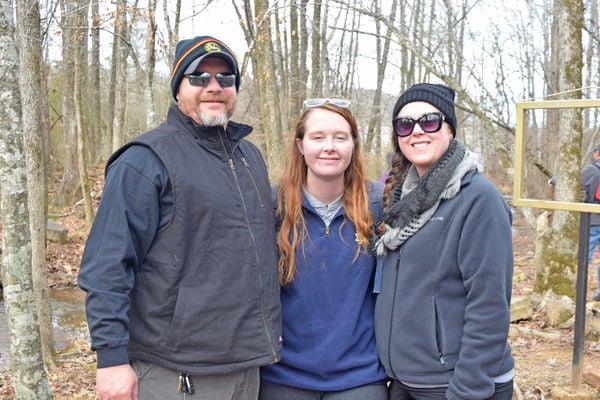 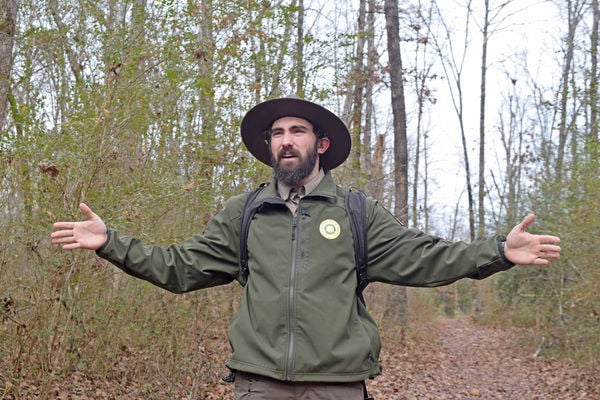 At least 40 central Arkansas residents hiked along the Huckleberry Trail at Woolly Hollow State Park to start the new year off on a good foot.

Arkansas State Parks representatives encourages residents across the state to take part in the annual event to encourage healthy habits and also to start the year off on a good foot.

Files said he was excited to see a large turnout Wednesday morning.

“You guys are part of a tradition going on across the U.S.,” he said to morning crowd. “It’s not just our group out walking today. We’re walking with millions of others across the nation.”

The group posed for a group photo and were welcomed to hot chocolate and coffee before Files ultimately guided them over to the trailhead.

By hosting first-day hikes, Files said Woolly Hollow staff were able to encourage area residents to start the new decade on a scenic hike across the park.

“First day hikes are a good way to start your year off right and set the tone for the new year,” he said.

Little Rock resident Patrick Dempsey traveled to Greenbrier on Wednesday morning to take part in the first-day hike at Woolly Hollow. The state park is located along Highway 286, about seven miles outside of Greenbrier city limits.

The Little Rock man participated in the First Day Hikes event at Pinnacle Mountain State Park last year and opted to join other friends at Woolly Hollow to ring in 2020.

Dempsey hikes regularly throughout the winter months and said he was glad to hike across Woolly Hollow on New Year’s Day.

At one point along the trail, Files stopped the group and asked them to reflect on the past year.

In spirit of the new year, the park interpreter inspired the group to look back on 2019 and think of something they’d like to leave behind entering year 2020.

“It wouldn’t be a first day hike if we didn’t do something like that,” Files said as he encouraged participants to reflect on the past year and leave behind negativity as they crossed the bridge over Mauldin Creek.

The Williams’ family drove to Woolly Hollow from Mayflower on Wednesday morning to participate in the First Day Hikes event.

Hank Williams Jr. told the Log Cabin that he and his family participated in a First Day Hikes event for the first time last year and adopted the activity as a New Year’s Day tradition.

At 2 p.m., park staff conducted a second first-day hike along the Cabin Trail.

The Cabin Trail features a half-mile loop around the Woolly Cabin, which is a one-room log cabin that was built in 1882 by Martin Alfred Woolly. The cabin originally was located about one mile southwest of the park but was later moved and restored to its current location in 1975.

Various families lived in the cabin up until 1955.

About 60 participants attended the afternoon first-day hike on Wednesday.