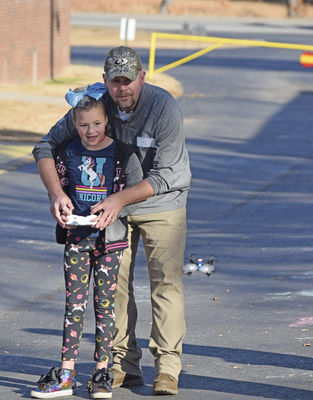 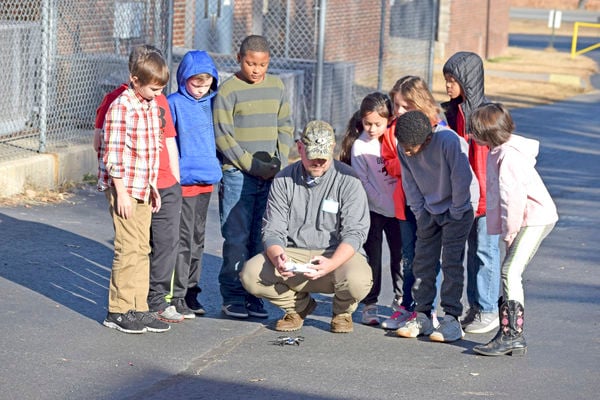 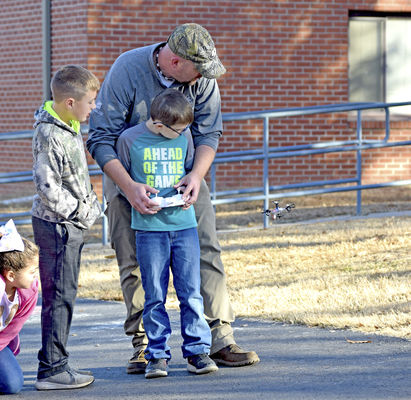 One second grader gets his drone up in the air with help from Adaire. 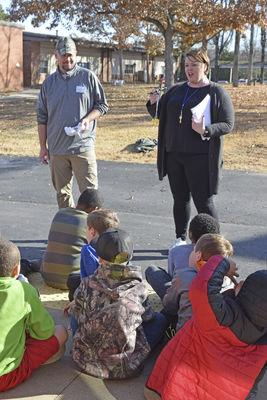 One second grader gets his drone up in the air with help from Adaire.

“If we want a nation where our future leaders, neighbors and workers have the ability to understand and solve some of the complex challenges of today and tomorrow, and to meet the demands of the dynamic and evolving workforce, building students' skills, content knowledge, and fluency in STEM fields is essential,” U.S. Department of Education officials said. “We must also make sure that, no matter where children live, they have access to quality learning environments.”

Elementary students within the Guy-Perkins School District were introduced to a STEM activity Wednesday. Operation Dumbo Drop encouraged students to think about the logistics behind Amazon’s up-and-coming Prime Air project. The deliver system designed by Amazon aims to safely get packages to its customers within 30 minutes from the time the items were ordered using unmanned aerial vehicles — drones.

Arch Ford Education Service Cooperative representatives said issues Amazon has had with its drone delivery project include issues with battery life and ability to balance items during delivery.

During the activity, students first learned how to fly a drone before being tasked to “deliver” an elephant to a customer.

The STEM outlook is applied during the second phase of the activity.

After learning to fly small drones, the students were then tasked with equipping their drone with a package — an elephant.

“That’s why we call this Operation Dumbo Drop,” Schell said. “They fly the elephants to see what’s the difference between flying ad done and flying a drone with the weight attached. This is engineering that Amazon’s working on figuring out right now for their drone package program.”

The elephants used during Wednesday’s exercise were small, colorful plastic elephants created in the makerspace.

The hands-on activity allowed students to discover techniques that allowed them to fly their drone quickly and on a straight path.

Some students acquired this skill more quickly than others, but each smiled as they tested their flying and piloting abilities.

“It was really fun,” second grader Gatlin Manuel said of the program.

“I really like the way [the drone] just flew,” Patterson said. “I was the total best … a natural [at flying].”

After experimenting with different flying techniques, students in the fourth, fifth and sixth grades began attaching elephants to their drones to further test their flying abilities.

“It’s just a really cool experience for them,” she told the Log Cabin Democrat. “It taught them a lot about working together and giving other people turns.”

After one student successfully flew a drone and “delivered” his elephant (by making his way down a designated path without crashing), Adaire pointed out to the other students that this boy completed the exercise quickly after the drone’s batteries were changed out for new ones.

“His went the highest. We just changed out the batteries, so it had more energy,” Adaire said. “The more mass [the item has], the more energy it takes to carry it.”

Elementary Principal Tammy Murry said the school will be able to work off Wednesday’s activity with a follow-up lesson plan provided by Arch Ford.

“They have provided lesson plans that connect to the [school’s] math and science standards,” she said.