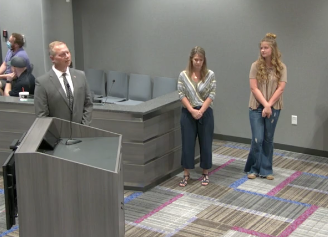 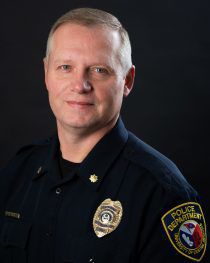 One week after Conway Police Chief Jody Spradlin publicly announced he would retire at the end of the month, the city appointed a new police chief.

William Tapley, who is currently the chief deputy at the University of Central Arkansas Police Department, will take over as Conway police chief, Mayor Bart Castleberry announced Friday morning.

“It’s an amazing honor to come back to an agency I started my law enforcement career at almost 24 years ago,” Tapley said. “I am truly humbled.”

Chief Spradlin and former police chief A.J. Gary have set a high standard for the department, Tapley said, adding that he will work hard to meet those standards.

The incoming chief said he was thankful for Spradlin’s leadership and mentorship through the years.

Spradlin informed the mayor in January he planned to retire by July.

“Jody came to me right after the first of the year and told me that he was going to be leaving in July, so this wasn’t a surprise,” Castleberry said. “He hated that with everything that’s going on that folks would think it’s about everything that’s going on, but … I knew by the end of January or early February that we were going to be losing Jody.”

Spradlin has served the Conway Police Department for 29 years.

As he leaves CPD, Spradlin said he feels confident the officers that serve the community are prepared and equipped to carry out the department’s mission.

“I appreciate the support that everyone has given me throughout my career, especially my family,” he said last week when he publicly announced he would retire on June 30. “Being the spouse or child of a law enforcement officer is something that most people could not handle. My family has stuck with me through the good and bad and there is nothing I could possibly do to repay them for the sacrifice they have made. I guess you can say, they get to retire from this job, too.”

Friday’s announcement was all about Tapley, Spradlin said.

“Today is not about me … today is about bringing a man back that I trusted highly when I started out as chief at Conway PD,” Spradlin said. “When the mayor asked me about William Tapley, I said: ‘I don’t think you can get him.’ But, here we are. William Tapley loves Conway PD. He is here because he cares about Conway PD. He doesn’t have to be here, but he wants to be here.”

If you care about others, wear your mask.