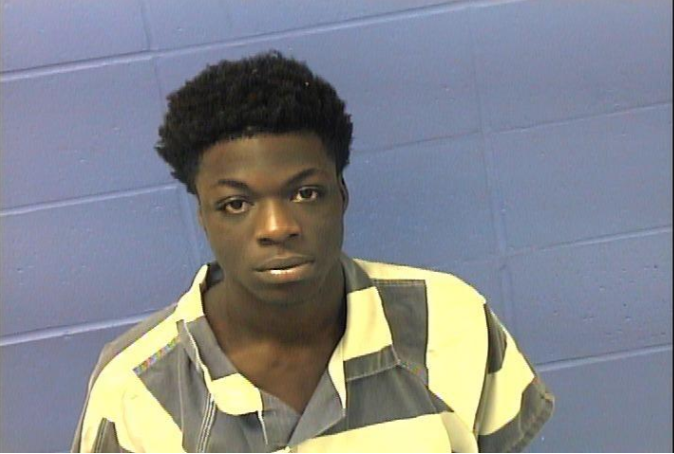 After turning 18 years old over the weekend, a teenage murder suspect has been transferred from juvenile detention to Unit I at the Faulkner County Detention Center.

Robert L. Smith III was 16 years old when he and his cousin, Tacori D. Mackrell, allegedly kidnapped Elvia Fragstein from the Conway Commons shopping center. The Pine Bluff teen has since been charged as an adult with capital murder, kidnapping, aggravated robbery and theft of property in connection to the 72-year-old Wooster woman’s disappearance and death.

Smith has been behind bars in the Faulkner County Juvenile Detention Center without bond since July 16, 2018, for his alleged involvement in Fragstein’s brutal strangulation death.

A circuit judge ordered Monday morning that the teen murder suspect be transferred out of juvenile detention because Smith turned 18 years old on Saturday. Online records show Smith was booked into Unit I at the Faulkner County Detention Center at 9:50 a.m. Tuesday.

Unit I is used to house the county’s most violent offenders and accused suspects in cases involving murder, rape, aggravated robbery and assault suspects along with other violent charges.

The murder suspect last appeared in Faulkner County Circuit Court for a suppression hearing in September 2019 as defense attorneys argued against the court allowing prosecutors to use evidence obtained by law enforcement via search warrants.

Defense attorney Garfield W. Boodman claimed none of the evidence collected from the teen’s home in the 2300 block of East Sixth Street in Pine Bluff linked Smith to the Fragstein case.

Not only did the defense team feel the evidence called to question was insufficient in linking Smith to the Wooster woman’s murder, but defense attorneys representing the Pine Bluff teen also claimed the evidence was seized illegally.

Despite the defense’s arguments, Circuit Judge Troy Braswell Jr. found that there was probable cause established in the warrant’s affidavit.

The murder suspect is scheduled to appear next June 3 in circuit court for a pretrial hearing leading up to his jury trial, which is set to begin June 8. The capital murder trial in Smith’s case is expected to run through June 12. Smith’s cousin, Mackrell, is scheduled to stand trial in April.

Mackrell faces the death penalty is set to stand trial April 20-May 15.

Staff writer Marisa Hicks can be reached at mhicks