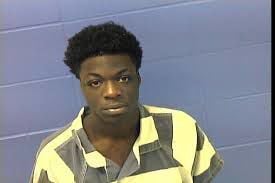 At the defense team’s request, 20th Judicial District prosecutors have agreed not to question witnesses about a Pine Bluff teen’s gang affiliation during his capital murder trial later this year.

As Faulkner County Sheriff’s Office investigators attempted to identify the two Pine Bluff suspects when the case began two years ago, the Jefferson County juvenile chief of staff was able to identify help identify Smith from previous investigations he was involved in.

“Although the State does not intend to introduce any evidence of his alleged gang involvement for the purpose of proving that he acted in conformity therewith on the incident date, it may be relevant for purposes of his identification during the course of the investigation,” Prosecutor Carol Crews wrote in her response to Bloodman’s motion. “The State would be agreeable to limiting that evidence in a way as not to prejudice [Smith], but maintains that he was identified by an employee of the Jefferson County Juvenile Court because of his involvement with a certain group of individuals known in that community.”

During a brief hearing Monday afternoon in Faulkner County Circuit Court, the 20th Judicial District prosecutor agreed to not question Eric Walden about the Pine Bluff teen’s alleged gang affiliation unless the defense team was not satisfied during the 18-year-old’s trial with Walden identifying Smith based on “his own personal knowledge.”

Circuit Judge Troy Braswell also gave Bloodman the OK to meet with his client face-to-face despite current coronavirus restrictions at the Faulkner County Detention Center given the nature of the allegations against Smith. The defense attorney is required to give FCSO and FCDC administrators at least 48 hours notice before arranging a client meeting with Smith, the judge said.

Smith is scheduled to appear next at 2:30 p.m. Oct. 19 in Faulkner County Circuit Court for a pretrial hearing prior to standing trial Nov. 2-6. His 20-year-old cousin is set to stand trial Sept. 21-Oct. 16. Mackrell faces the death penalty for his alleged involvement in Fragstein’s 2018 disappearance and death. Because he was 16 years old at the time of the alleged offense, Smith cannot face the death penalty.

Marisa Hicks can be reached at mhicks@thecabin.net