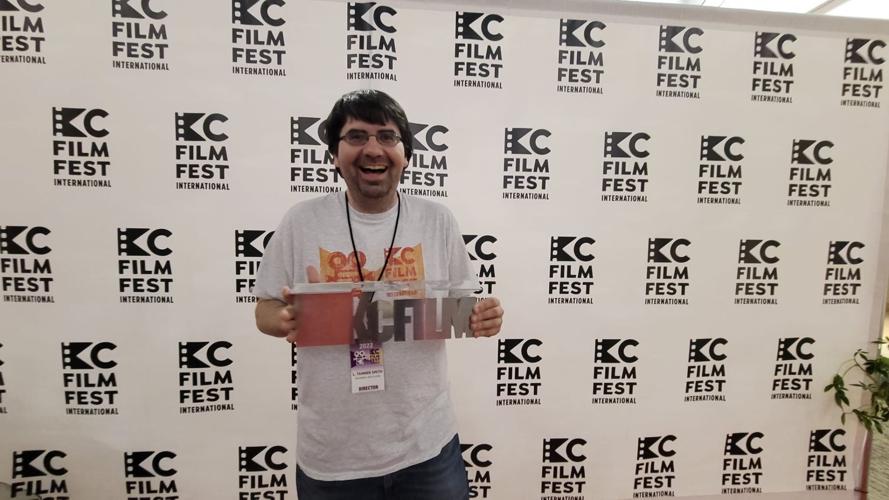 UCA graduate Tanner Smith receive awards at mulitple film festivals for his feature film “Millennial with a Cane.” The film follows a young-adult patient with Multiple Sclerosis (MS) who joins a chronic-illness support group in order to better understand her disease and communicate her thoughts to people. 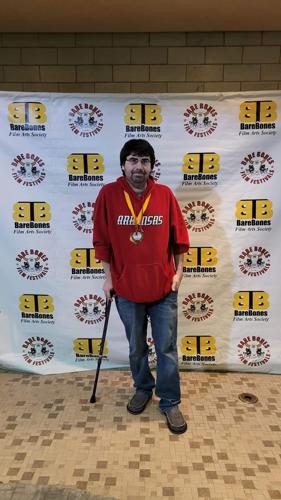 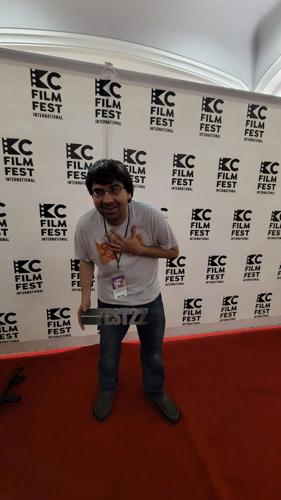 UCA graduate Tanner Smith receive awards at mulitple film festivals for his feature film “Millennial with a Cane.” The film follows a young-adult patient with Multiple Sclerosis (MS) who joins a chronic-illness support group in order to better understand her disease and communicate her thoughts to people.

Tanner Smith, a 2016 graduate from the University of Central Arkansas, has won multiple awards and nominations for his feature film “Millennial with a Cane” at three different film festivals.

“Millennial with a Cane” first premiered at the Sunny Side Up Film Festival in Muskogee, Oklahoma where it won awards for Best Comedy Feature, Best Inspirational Film and Best Supporting Actor in a Feature Film. It then screened Kansas City FilmFest International where it received the Fred G. Andrews Emerging Filmmaker Award before then heading to the Bare Bones International Film & Music Festival where it was nominated for the Robert Rodriguez Indie Auteur of the Year and took home the Best Dramedy Feature award.

“The awards were a total surprise to me,” Smith said. “I didn’t see them coming, especially when I received awards at three festivals in a row. Three of the awards it received are for Best Comedy Feature, Best Inspirational Film, and Best Dramedy Feature. That assured me that this film has a variety of appeal.”

Smith, who currently lives in the Kansas City metropolitan area, had his film accepted into his local festival, Kansas City FilmFest International, where it screened on Monday, April 25.

“I felt so elated when the festivals accepted the film because other festivals had rejected it before,” he said. “Getting into the Kansas City festival was a big deal to me since I live within the KC film scene, and because this was the most personal film I had ever made as well as my personal favorite of my own.”

“Millennial with a Cane” is a comedy-drama (or dramedy) about a young-adult patient with Multiple Sclerosis (MS) who joins a chronic-illness support group in order to better understand her disease and communicate her thoughts to people.

Smith, who also has MS just like the character in the film, struggled with illness and making this film helped him overcome it and come out of a dark place in his life.

“I was in a bad place because of Multiple Sclerosis, and nothing was helping me until I decided to turn it into art,” he said. “So I wrote this script and I made this film with minimal crew, a good camera and mic, a sense of humor, a heart, and some greatly dedicated actors to help make it happen. The result is this film that I couldn’t be any more proud of, a film that tells people exactly what they can do with their toxic positivity.”

The film was co-written by Smith and fellow UCA graduate Ronni Romero who says the film can speak to everyone.

“I think everybody with some sort of hidden disability, like depression or anxiety, can relate to this,” Romero said. “it’s not something you can see that you have. It’s something that speaks to a lot of people. And just like with MS, depression and anxiety have flareups, they can be good for a while and sometimes they can be bad. They can relate to it, and also, others can gain understanding about it through this.”

The film was made for less than $3,000 in Overland Park, Kansas from July to Dec. 2020 during the height of the COVID-19 pandemic which Smith says made things very complicated.

“If one actor tested positive or was around someone who tested positive for COVID, we had to postpone production,” he said. “This happened many times, but when we did shoot, we took precautions such as minimal crew and lots of hand sanitizer on standby. Keeping it simple helped keep it safe.”

When making the film, Smith says his biggest influence was the 2011 dramedy “50/50,” which stars Joseph Gordon-Levitt as a a 27-year-old who has to come to terms with his cancer diagnosis.

“It’s not just because it balanced comedy and drama wonderfully but because I admired what screenwriter Will Reiser did when writing about his own illness,” Smith said. “Instead of making it autobiographical, he gave the topic its own story and characters. So I took that to heart when writing Millennial [with a Cane]. Mark & Jay Duplass, filmmakers who made a career out of micro-budget indie feature filmmaking, were also major influences on me, since we had very little money and resources to utilize.”

Smith says that he’s been a filmmaker since he was a kid thanks to shooting random films on VHS tapes with his home-movie camera.

“I learned more about digital video basics at a movie summer camp when I was a teenager and the more I kept experimenting with filmmaking, the more invested I became,” he said. “Then it became clear to me that I wanted to be a filmmaker so I could make the films I wanted to see.”

Smith says that attending UCA helped him learn how to build camaraderie with his film’s cast and crew and how to make a film on such a small budget.

“My film professor, Joe Dull, always said that it doesn’t matter how much money you have or how much equipment you have, just make a movie and you have no excuse not to unless you don’t want to,” he said.

Reactions from friends, family and audiences that have seen the film at the festivals has been very positive according to Smith.

“They don’t care that it was made cheap,” he said. “They get into the spirit of it, they laugh, they feel. The best compliment I’ve received about it came from another chronic-illness patient I met at one of the festivals, and she expressed to me how glad she was that someone took the subject seriously and made an entertaining film about it that could help raise awareness.”

Smith is currently waiting to hear from distributors about releasing the film, but he also has another feature in the works titled “Fathers Weekends,” which was filmed in Conway as well as Heber Springs.

“Millennial with a Cane” will also screen at the Made in Arkansas FIlm Festival at the CALS Ron Robinson theater in Little Rock on Sunday, May 15 at 10 a.m.