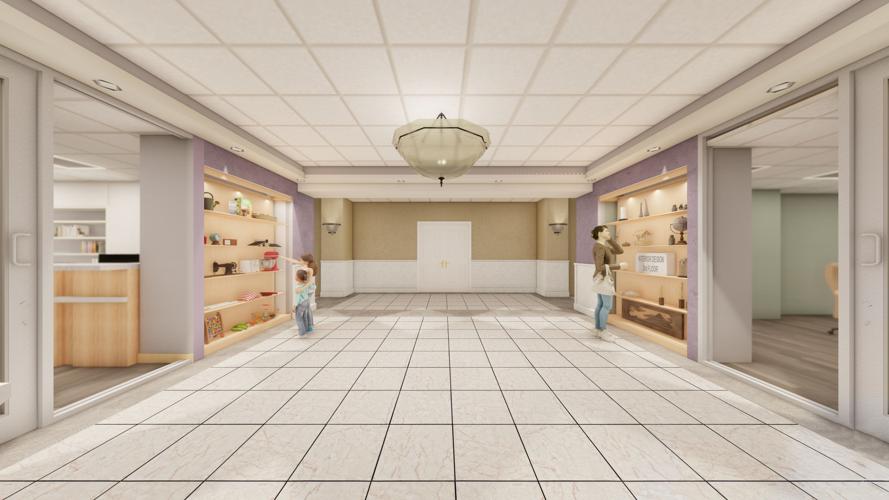 Renovation of the building’s lobby, a key part of the new series of updates McAlister Hall will undergo, is designed to mimic the lobby’s original design. 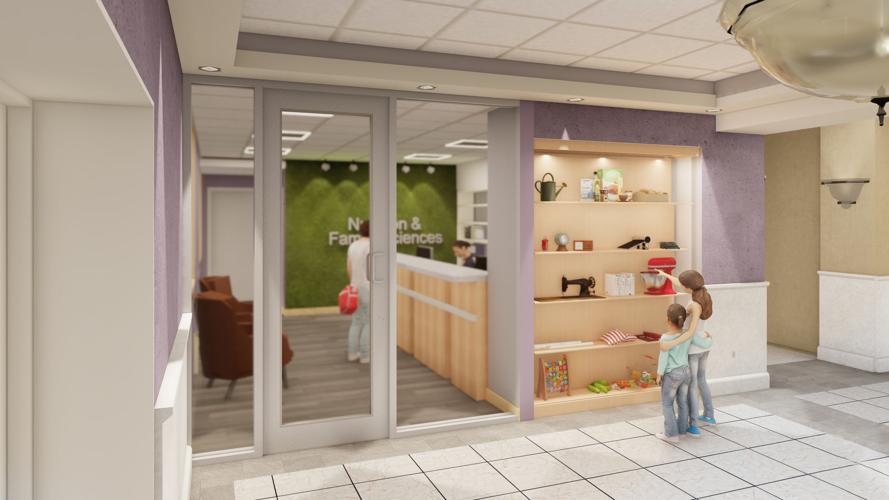 Renovation of the building’s lobby, a key part of the new series of updates McAlister Hall will undergo, is designed to mimic the lobby’s original design.

McAlister Hall – home of UCA’s art and design department, Honors College and the Department of Nutrition and Family Sciences – was first built in 1934. Thanks to the funds, renovations are expected to begin in January of 2023 and be finished by the beginning of the 2023 fall semester, UCA officials said.

Proposal work on the grant took more than a year. Renovation work will include restoring the hall’s lobby to its original design, updating bathrooms to achieve Americans with Disabilities Act (ADA) compliance, updating the student lounge and building an accessible ramp to enter the building, among other improvements.

“Since there were many moving pieces, we found this was a great opportunity to do restorative work to the building,” UCA Office of Research and Sponsored Programs Proposal Development Specialist Sara Bailey said. “So many people came together to form this project.”

UCA’s Planning, Design and Construction Director Danielle Barron said the renovation will honor McAlister Hall’s history, as well as the need for it to become more accessible.

[McAlister Hall] is an important building with a lot of history,” Barron said. “This grant will allow us to make much-needed updates to the building. When it is complete, it will be a part of the campus that is not only welcoming to the UCA community but also to veterans who use the building and the Conway community.”

This isn’t the first restoration the ANCRC grant program has funded at the hall. In 2017, the building’s Mirror Room was refurbished thanks to a grant from the council, UCA officials said in the statement.

Other projects the ANCRC has funded around the state since it was formed in 1987 include the State Capitol, Johnny Cash’s boyhood home and other sites at the University of Arkansas.

Named after the third president of the then-named Arkansas State Teacher’s College Heber McAlister, whose tenure during the Great Depression included the construction of many campus buildings still standing today, McAlister Hall underwent a previous renovation in 1990. It has housed classrooms at UCA since the 1960s.