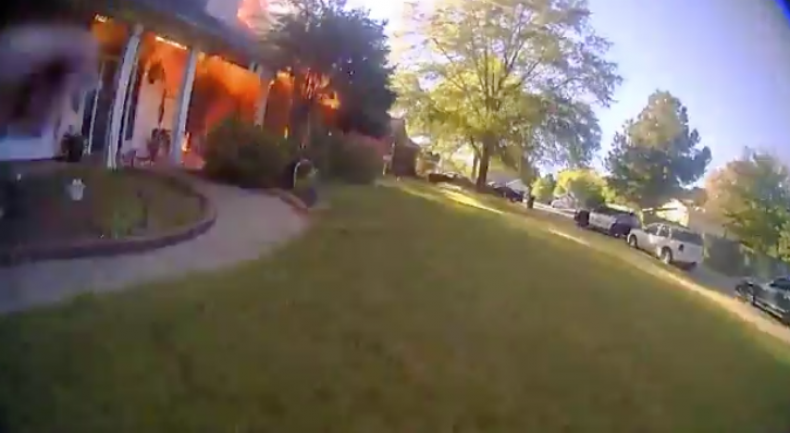 Body camera footage shows Conway police officer Carson Howard rushing into a burning home to save two people who were inside. 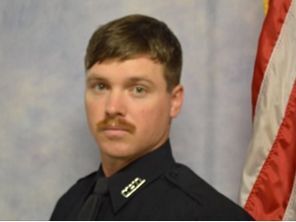 A Conway Police Department officer is in the spotlight after body camera footage showed him rushing into a house fire and helping save two people and their dog.

“Officer Carson Howard with Your CPD arrived at the scene of a house engulfed in flames and without regard for his own safety, he immediately ran into the burning home,” CPD spokesman LaTresha Woodruff said.

Body camera footage reveals the officer pulled up to a residential structure fire before the Conway Fire Department had pulled up to the scene. The officer is seen in the video running out of his patrol car and into the burning home.

As the officer rounds a corner inside the residence, he finds two people and helps them – and a dog – out of the home.

One of the two individuals collapsed onto the ground after escaping the fire.

Conway Fire Chief Mike Winter said on Tuesday that the afternoon house fire was reported at a residence near the intersection on East German Lane and Rumker Road about two weeks ago.

One person was treated for smoke inhalation and “slight burns” following the incident,” he said.

Officials said that Howard’s actions that day were “a great example of selflessness and the heartbeat behind the badge.”

Howard, who has served as a Conway police officer for nearly two years, said he only did what he felt was the right thing to do that day.

“I did what I hope anyone would do for my family member in that situation,” he said. “It was just the right thing to do and I know any other officer with the Conway Police Department would have acted in the same manner.”