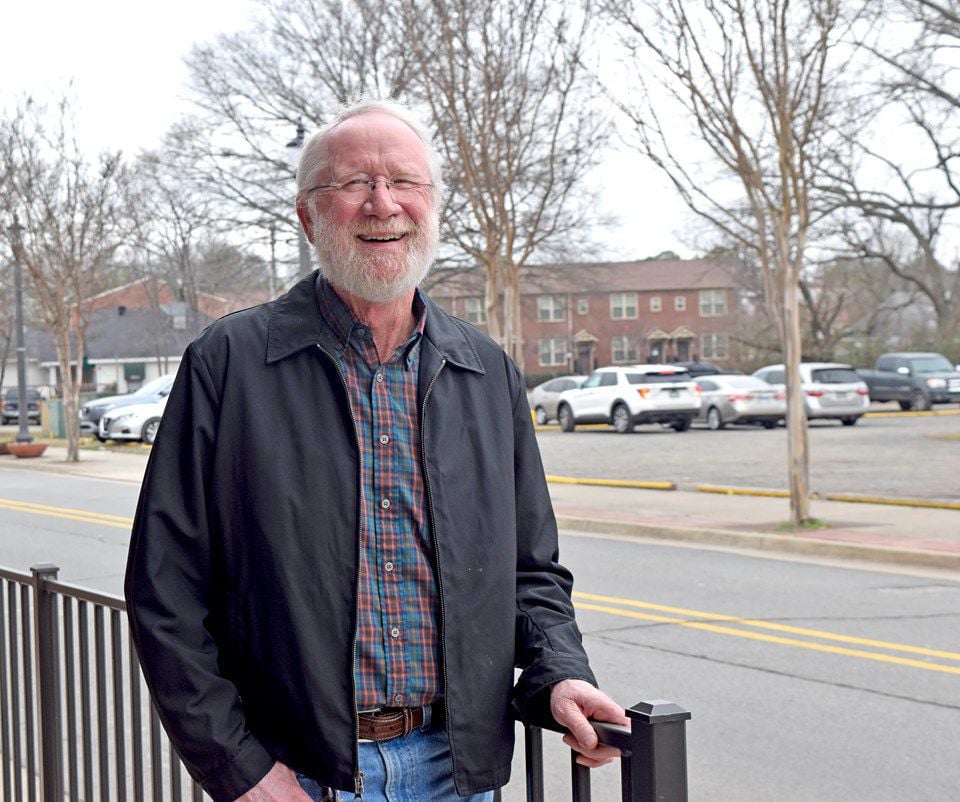 Donald “Bart” Wray Jr. recently retired from a 42-year-long career with the Arkansas Department of Transportation. 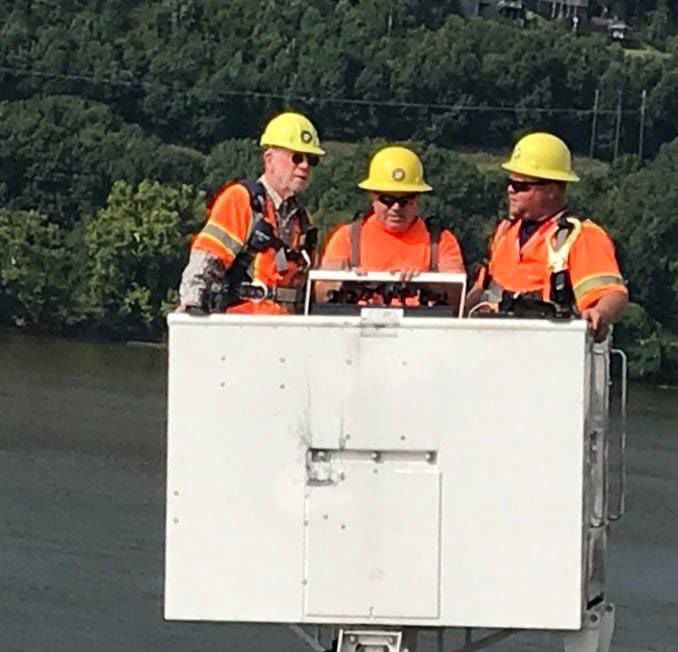 Wray (left) is pictured working alongside an ARDOT Bridge Inspection crew over the Arkansas River on Interstate 430 on Aug. 13, 2019.

Donald “Bart” Wray Jr. recently retired from a 42-year-long career with the Arkansas Department of Transportation.

Wray (left) is pictured working alongside an ARDOT Bridge Inspection crew over the Arkansas River on Interstate 430 on Aug. 13, 2019.

Saying goodbye to a nearly 42-year-long career with the Arkansas Department of Transportation did not come easy to Donald “Bart” Wray Jr.

The Greenbrier man retired from ARDOT in December, about one month before his 42-year anniversary with the company. Wray has helped pave the way for central Arkansas motorists since Jan. 26, 1978.

Those who worked alongside him through the years said he was known for his kind heart and exceptional work ethic.

Getting to know Wray “was absolutely wonderful,” Joey Bishop, one of the Greenbrier man’s colleague’s said. “He’s extremely knowledgeable. He knew the road business from the ground up.”

Jim Harris, who first met Wray in 1978, described the recently-retired senior inspector as an employee/worker who stood out from others.

“His work ethic is one of the best there ever was,” Harris said. “He’s very dedicated and overall, a good employee.”

Not only did he work hard to get the job done, but Wray also “got along with people very well,” Harris said.

Even when working with contractors and through difficult situations, the Greenbrier always stayed calm and held strong.

“In general, he was just a really good guy,” Harris said. “He did good work, and he was a lot of fun to be around. He’s one of those employees you just enjoy.”

Wray said he never planned to work for ARDOT, formerly called the Arkansas Highway and Transportation Department, but eventually found love in the career he’d fallen into.

The Greenbrier man grew up in West Memphis and later moved to North Little Rock with his wife, Robin. Having grown up around concrete fields and bustling city streets, Wray said he did not want to move to his Greenbrier home when his wife suggested it. It didn’t take long for Wray to fall in love with the country scene, he said.

Wray worked a lot in the Little Rock area.

The Greenbrier man attended Arkansas State University in Jonesboro for three years, taking various classes that caught his interest. Among those classes was a course on engineering and surveying.

Soon after completing the course, he landed a spot with a land surveying company in North Little Rock. However, income wasn’t steady and he knew he needed to find another job.

Making the step to join ARDOT “was not on my radar,” but a friend recommended he did so. Taking his friend’s advice, Wray said he applied and got the job. He was a surveyor until a Interstate 430 project rolled around and the department needed more inspectors.

“They pulled me off the survey party and made me an inspector,” Wray said.

He soon learned he really enjoyed being an inspector.

The Greenbrier man said he has a deep appreciation for construction and was glad he could help pave the way for many projects through the years.

“I’ve always liked seeing stuff get built … to go from something to nothing,” he told the Log Cabin Democrat. He laughed as he added: “I’m just a 9-year-old kid who never grew up.”

While his career brought him fulfillment, so did the individuals he met along the way.

Bishop and Harris were among the friendships Wray said he cherished most.

With these friendships came many, many more.

“There’s no way I could do all the people justice,” he said, noting he wanted to thank and recognize the many individuals who impacted him throughout his career. “There’s so many absolutely wonderful people. I’ve been so blessed.”

Of the many projects he worked on, Wray said a project near the Burns Park area stood out most to him. It wasn’t the project itself that stood out to him, but the memories created during that project that meant most to him.

His daughter, Jacqueline, always seemed curious about what he did while out at work. Because this particular project was a night project, he decided to take her to work with him.

“She loved it,” he said with a smile.

The Greenbrier man’s son also had a brief interest in roadwork and joined the ARDOT team to help bring life to the Interstate 40 expansion.

Wray said he will miss creating new routes for Arkansas motorists and that his career was memorable.