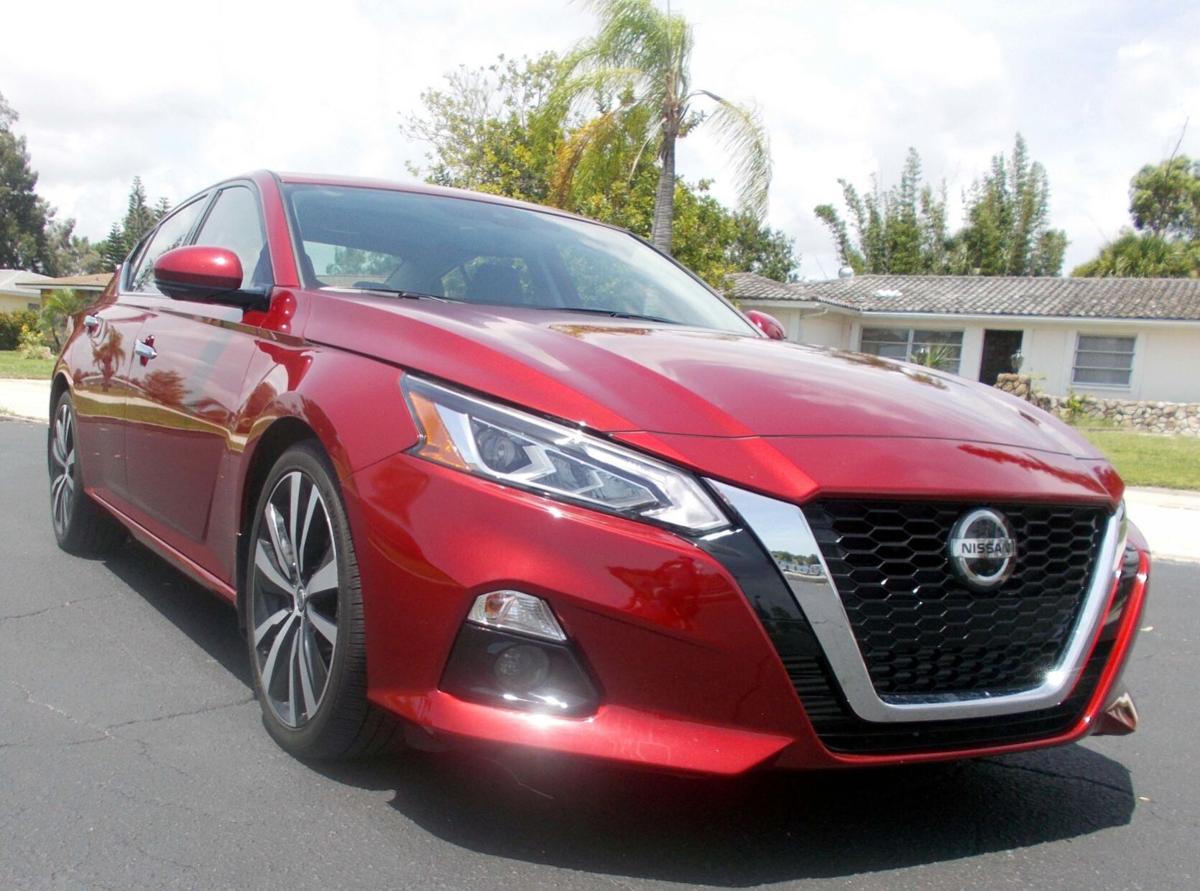 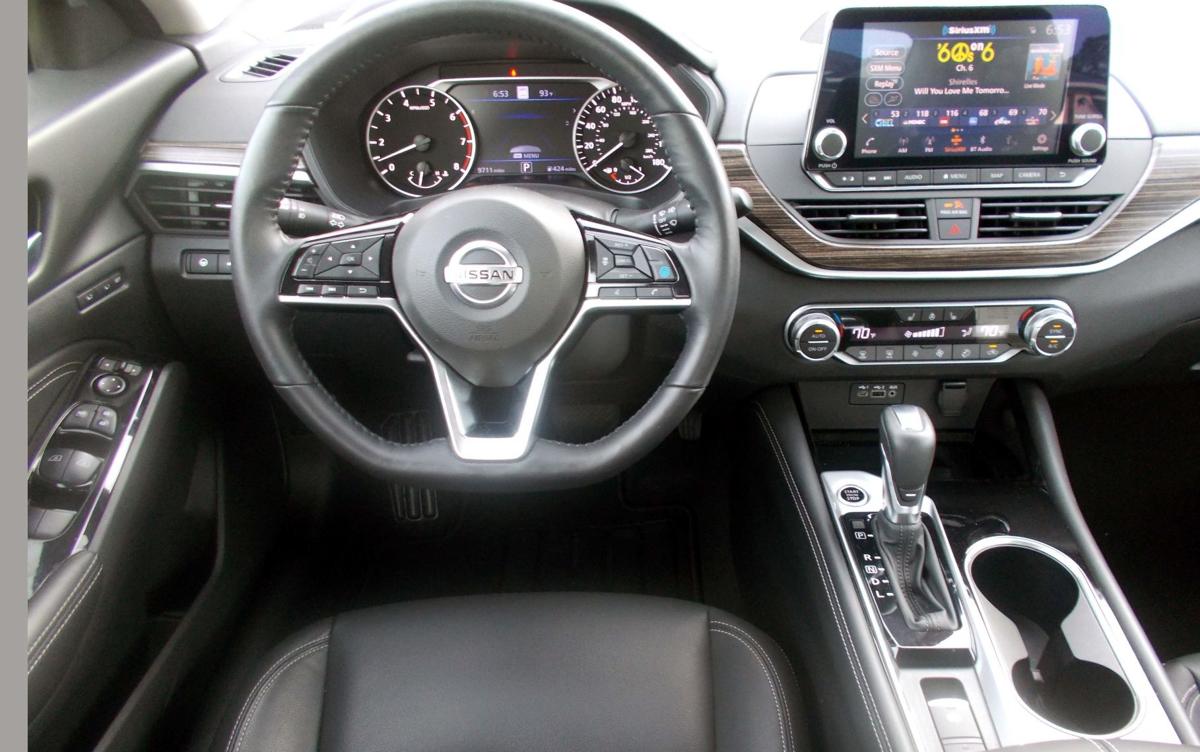 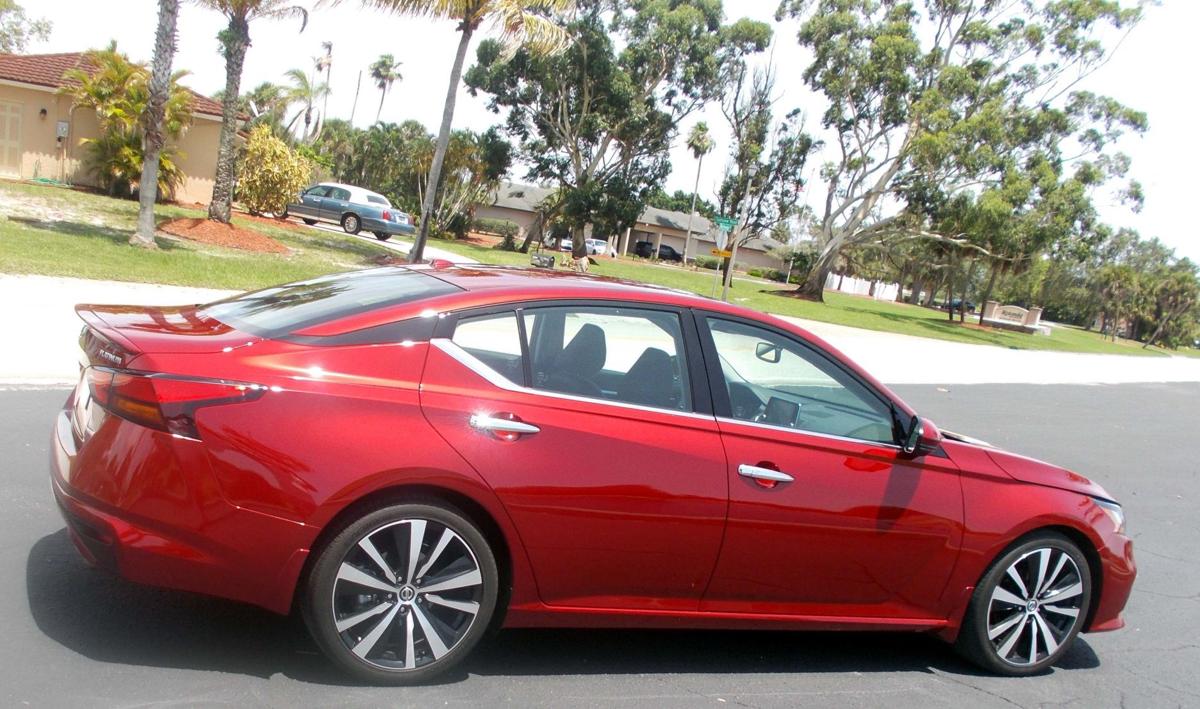 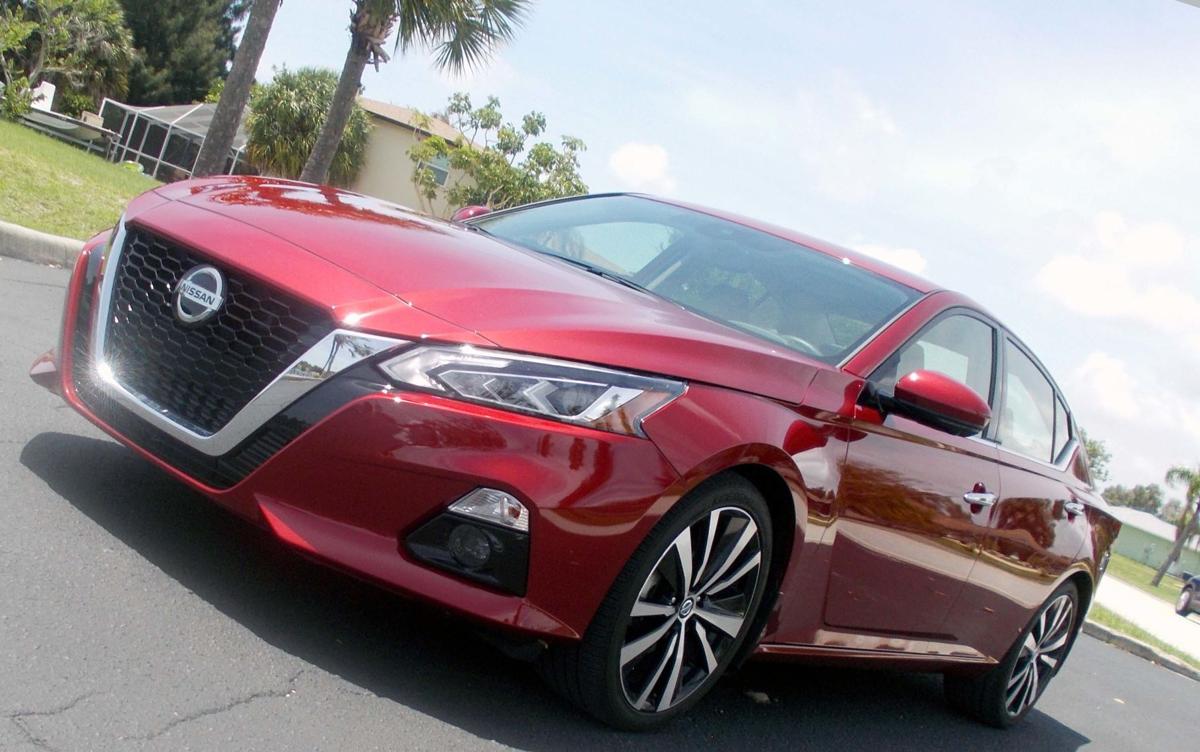 Following a full makeover last year, the mid-size Nissan Altima adds some finishing touches on its new sedan. First up, it’s an attractive car earning stablemate status with Camry and Accord and its available engine technology scores a resiliency few others can claim.

Rear seats do not fold flat

The Altima fits neatly between the small Sentra and Maxima and is available in five trim levels; S, SR, SV, SL and Platinum with front or all-wheel drive on most models and is mated with a continuously variable transmission. Base prices range from the mid $20s to $30s.

Unlike some rivals, the Altima does not offer hybrid or plug-in hybrid alternatives.

We liked that Nissan offers two engines outflanking some rivals. A stingy 2.5-liter four cylinder that has 80 percent new or redesigned parts, according to Nissan, comes standard. It does well around town with great gas mileage but lacks giddy-up.

Our Platinum test car was fitted with a 2.0-liter variable compression (VC) turbo that increases the fun factor substantially. We had to pop the hood to make sure a V6 was not hiding. Its 248 horsepower comes to life in straight line acceleration reaching 60 miles per hour in 6.1 seconds, quicker than most.

Surprisingly, the turbo engine is not available with all-wheel-drive although in high speed maneuvers, we found the Altima has firm grip in cornering not unlike much pricier German imports. Steering is precise while suspension absorbs most road imperfections.

The Altima has a striking exterior starting with a large front black and chrome grille. With 19-inch alloys its side view looks sportier than it is, a good thing. Trunk space is adequate at 15 cubic feet and rear seatbacks open to stow larger items however they do not fold flat. The only seat release mechanism is in the trunk.

Interior components are nicely placed with an eight-inch color touchscreen sticking up over the dashboard and, as such, subject to sun glare. Seating for four adults is comfortable while rear seat legroom borders on tight.

Cabin noise is minimal in city driving but is louder in the rear seat at highway speeds. Apple CarPlay and Android Auto are standard and you may want to add available ambient interior lighting and heated front seats.

Other rivals include the Hyundai Sonata, Mazda 6 and Chevy Malibu and you should test drive a number of these along with the Accord and Camry before making your decision.

Assembled: The Nissan Altima is assembled at Smyrna, TN. Information on U. S./Canadian parts content, source of foreign parts, Country of origin – engine and transmission were not available.

Crash test ratings: The Insurance Institute for Highway Safety (IIHS) awarded the Altima a Top Safety Pick for the past seven years with a “Good” rating this year, its highest, for small and moderate overlap frontal crash, side impact, roof strength head restraints. Standard and optional front crash prevention vehicle to vehicle and vehicle to pedestrian were rated “Superior.” Headlights were rated “Acceptable” to “Marginal” depending on trim. The National Highway Traffic Safety Administration (NHTSA) gave the Versa its highest rating of five stars overall and in side impact and rollover protection; four stars in frontal crash protection with five stars for driver and four stars for passenger.