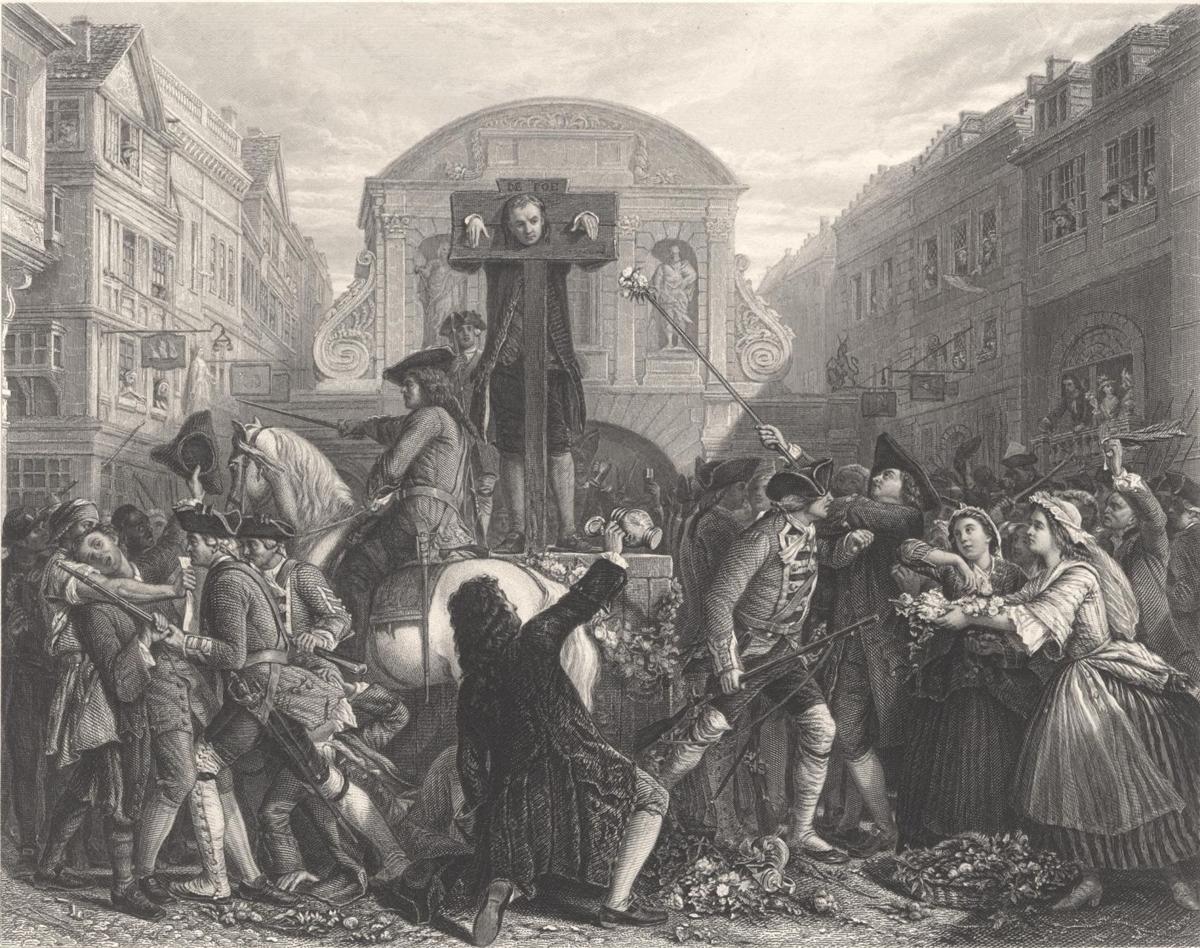 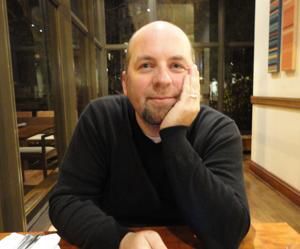 Daniel was a political activist and pamphleteer in London, England, during the late 1600s and early 1700s. Pamphlets were a popular medium for authors to broadcast their opinions to a wide audience in that era because they were unbound and inexpensive. Authors shared their opinions in pamphlets as a way to shape public opinion. Daniel’s pamphlets were often controversial and critical of the English government. Daniel had earned a significant income from his writing, and was a sort of regional celebrity. With each pamphlet, Daniel’s following grew.

King William III usually overlooked Daniel’s writing because Daniel usually defended the king. In March, 1702, King William III fell from his horse and broke his collarbone. While recovering, he developed pneumonia. On March 8, 1702, fifty-one-year-old King William III died. Forty-six days later, on April 23, 1702, William III’s sister-in-law and cousin, Anne, who was next in the line of succession of the throne, was crowned Queen at Westminster Abbey. Hostility erupted in England following King William III’s death and with the accession of Queen Anne to the throne.

In December of 1702, Daniel published a 29-page satirical pamphlet entitled “The Shortest Way with the Dissenters”. Daniel realized the controversial pamphlet would be received with criticism from some, therefore he published it anonymously. Within a short time, however, critics of the pamphlet traced it back to Daniel. At that time, England had no freedom of speech, nor did they have freedom of the press.

Queen Anne went on the offensive against political activists, including Daniel. He was arrested, charged, and, in a short trial presided over by Judge Salathiel Lovell, found guilty of criticizing and provoking dissatisfaction with the English government. The notoriously sadistic judge sentence Daniel to a punitive fine of 200 marks, three days in a pillory, and an undetermined prison term which would only end after the fine was paid and once the judge was satisfied that he had learned his lesson.

The stocks and the pillory were often placed on scaffolding so everyone would have a good view, and in busy locations. The stocks and the pillory were meant to punish the prisoner and to show those who witnessed the punishment what could happen to them if they acted out. The pillory was a form of punishment by public embarrassment which is now considered cruel and unusual punishment in most countries. Many people confuse the pillory with lesser form of punishment called the stocks. Stocks held prisoners in a seated position with their ankles locked into two wooden boards attached together with a hinge. (As recent as 2020, police in Chinu, Columbia, locked people in stocks who broke COVID-19 quarantine.) The pillory consisted of a pole which held two wooden boards with holes for the prisoner’s hands and head. Rather than seated, as with the stocks, the pillory was designed so the prisoner would have to stand, usually in an uncomfortable, crouching position.

When people in the surrounding area heard that someone was to be locked into the pillory, they began making preparations. With few things to take their minds off of their day-to-day lives, they saw the pillory as a form of entertainment. They gathered items to throw at the prisoner. Many people spent hours taunting the helpless prisoners. Some people spat on and cursed the prisoner, while others threw rotten fruits and vegetables. The prisoner’s hands and head were secured in such a way that he was unable to wipe away the various waste from his face. For the most despised of prisoners, their turn in the pillory was much worse. Rather than rotten fruits and vegetables, the crowd threw more substantial items such as stones, sticks, and anything which would cause pain and suffering. On some occasions, the prisoner was pelted to death. There was no recourse taken against members of the crowd if a prisoner died in the pillory.

On July 31, 1703, jailers led Daniel to the pillory. The crowd roared when they saw Daniel. The jailers led Daniel up the steps and onto the scaffolding. One of the jailers opened the top board of the pillory, force Daniel’s head and hands inside, and let the top board slam shut. The cheering crowd watched their every movement. Another jailer secured the lock. Remember, Daniel would have to spend three days straight, a total of seventy-two hours, locked in the pillory. He would have no bathroom breaks, no opportunity to sit, no opportunity to eat or drink anything unless members of the crowd pitied him, which was unusual, and no opportunity to sleep. If a prisoner fell asleep, the wood surrounding his neck would cut off his air supply. Three days in the pillory must have seemed like an eternity for even the strongest of men.

As was to be expected, the crowd had carefully selected items to throw at the prisoner. Even before the jailers were clear of the pillory, the crowd began their ritual of hurling objects at the prisoner. To the jailers’ surprise, the crowd did not throw stones, nor did they throw rotten fruits and vegetables. This crowd was made up of people who agreed with what Daniel had published in his pamphlets. They were fans. Rather than stones and rotting food, the crowd threw roses. They brought food and drink for Daniel. The jailers kept anyone from climbing the steps to the pillory, so members of the crowd tied various types of food and cups of drinks onto long sticks and carefully lifted them up to Daniel’s lips. Several people in the crowd stayed with Daniel the entire three days.

On August 3rd, jailers released Daniel’s hands and head from the pillory. Daniel had survived three long days in the pillory with little injury other than exhaustion. Within a short time, Daniel secured enough funds to pay the fine and was released. He later wrote that his time in the pillory would stay with him forever. Had the crowd been against Daniel and throne stones instead of roses, it is likely that he could never have written the book which is purportedly second only to the Bible in its number of translations. Sixteen years after his three days in the pillory, Daniel wrote a book about a castaway who spent 28 years on a remote desert island. Daniel Defoe titled the book after the lead character, Robinson Crusoe.