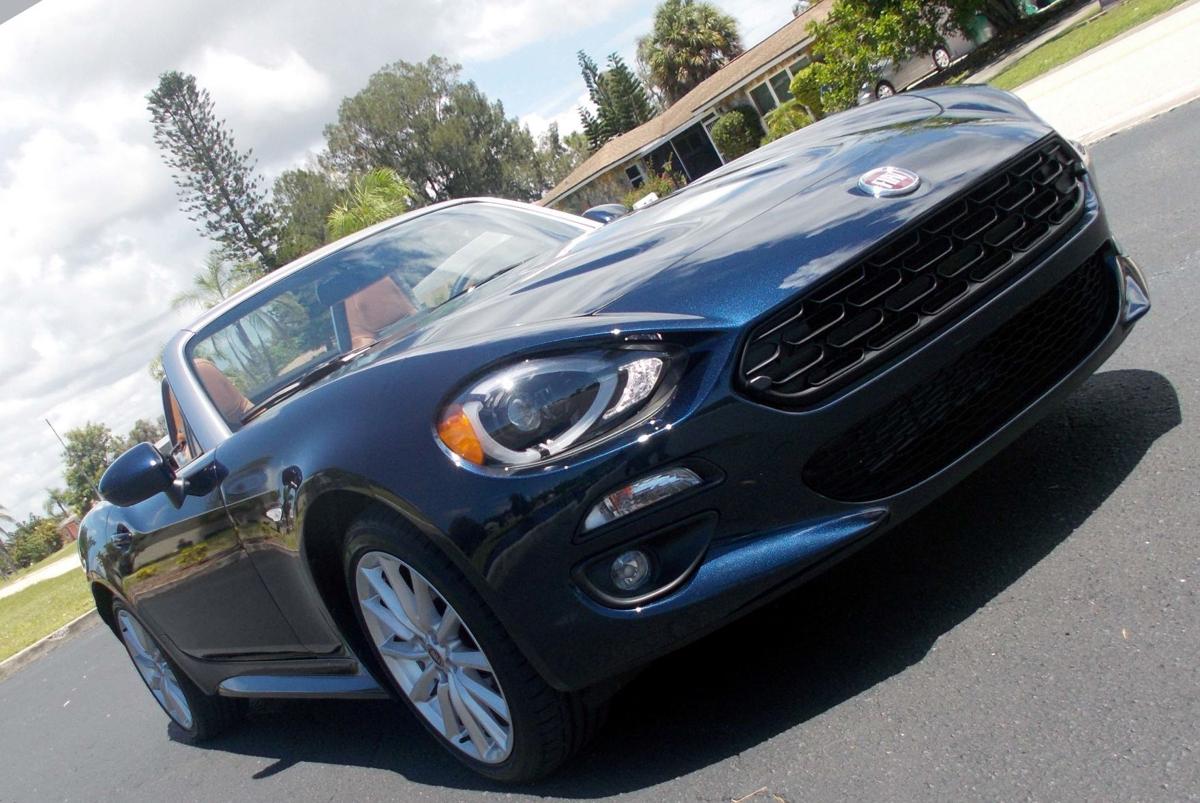 The new generation Fiat 124 Spider has great curb appeal, is more refined than its rival and has an upgraded interior. Seventeen-inch aluminum alloys with performance rubber gives the Spider a sporty look and feel. 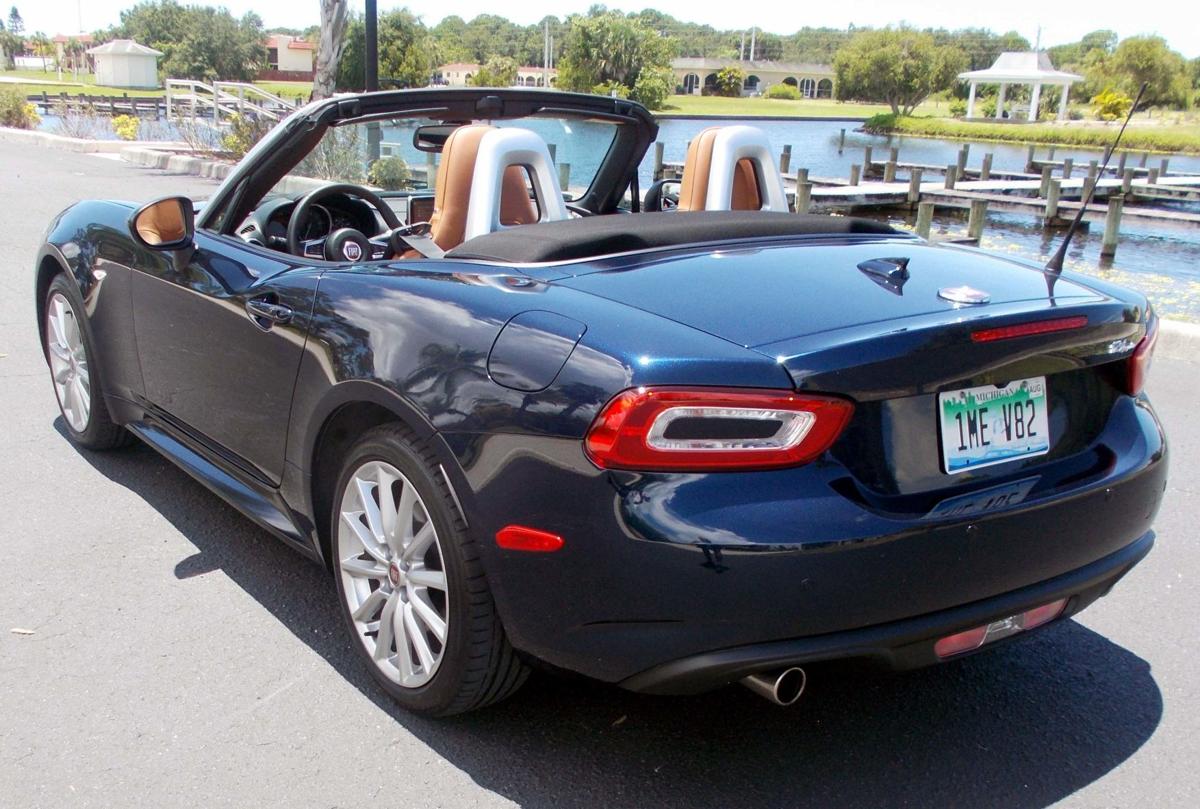 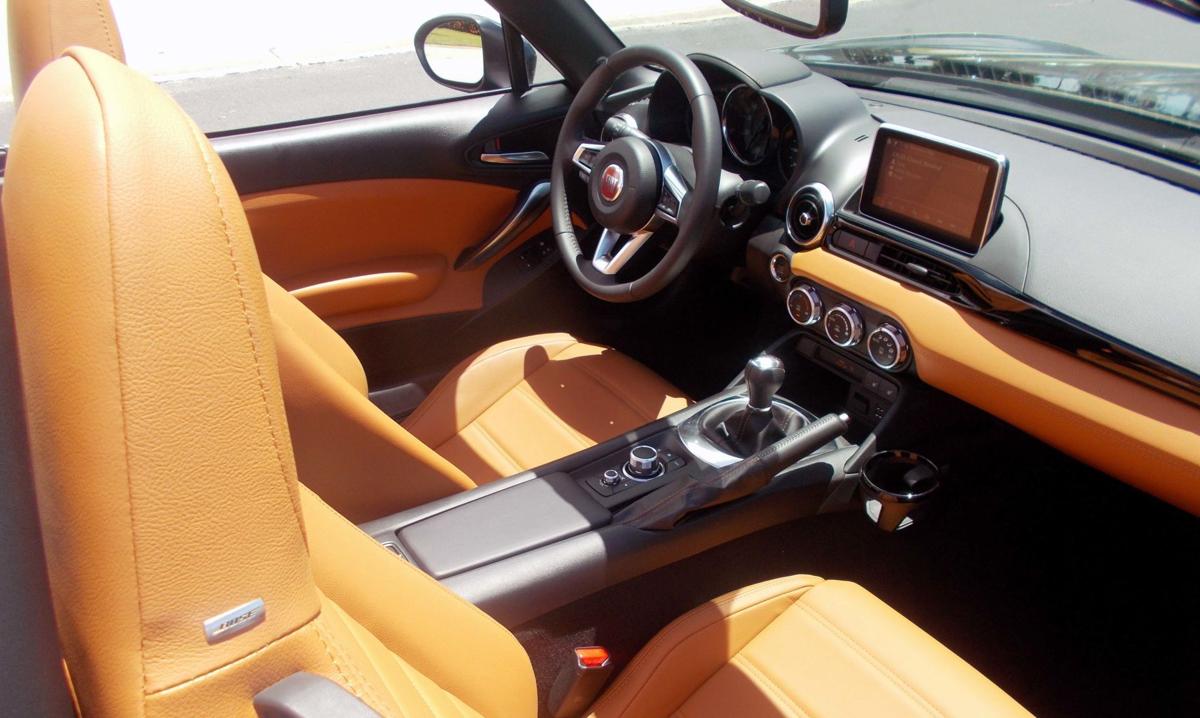 The new generation Fiat 124 Spider has great curb appeal, is more refined than its rival and has an upgraded interior. Seventeen-inch aluminum alloys with performance rubber gives the Spider a sporty look and feel.

There are not many affordable sports cars out there and so when Fiat re-introduced the 124 Spider in 2017 it was met with immediate interest. This time out though it’s with a joint venture between Fiat and Mazda’s MX-5 Miata.

Mazda is manufacturing the Spider alongside its own Miata in Japan and the two are similar in many ways. The Fiat however retains its own engine, transmission and suspension.

The Spider’s storied past dates to the mid 60’s when it and a number of other cars were plagued with mechanical issues. Fiat manufactured the Spider in Turin, Italy and later in the same plant as a re-badged Pininfarina Azzurra. Production ceased in 1985 after sales of 198,000 cars.

Fast forward to 2017 with the current generation’s front engine, rear wheel drive powered by a 1.4-liter turbo four cylinder. The Spider is an attractive two-seater that comes standard with a six-speed manual gearbox.

While the Spider and Miata are similar, we think the Spider’s front grille, projector lamps, LED tail lamps and styling cues make it a standout compared with the Miata.

We found its convertible top is a breeze to operate. A simple latch at center windshield and rear window raise and lower the soft top in a few seconds with little effort. And to enjoy this sports car you want the top down as often as possible, especially if you are over six feet.

We would forego the base trim and opt for the Lusso, our test car for the week. The Classica lacks essential items and has a miniature sized three-inch display screen. Enough said.

On the other hand, the Lusso and more powerful Abarth have available option packages that will not break the bank. Each includes leather and a seven-inch display screen as standard equipment.

The Fiat is said to be more refined than the Mazda and we would agree. On the road, the Fiat has added sound deadening material for a quiet ride with the soft top in its upright position.

We found the turbo power provided a spirited ride within gear mid-ranges but a heavy pedal dropped thrust before redline was reached. To be fair, the Spider and Miata are fun cars to drive but neither is designed for Porsche-like performance or price for that matter.

The Spider is favored as a refined roadster while the Miata is said to be the quicker of the two.

To offset reliability concerns, the Spider comes with a better limited warranty and lengthier roadside assistance than its Mazda counterpart. Be sure to test drive both extensively before making your decision.