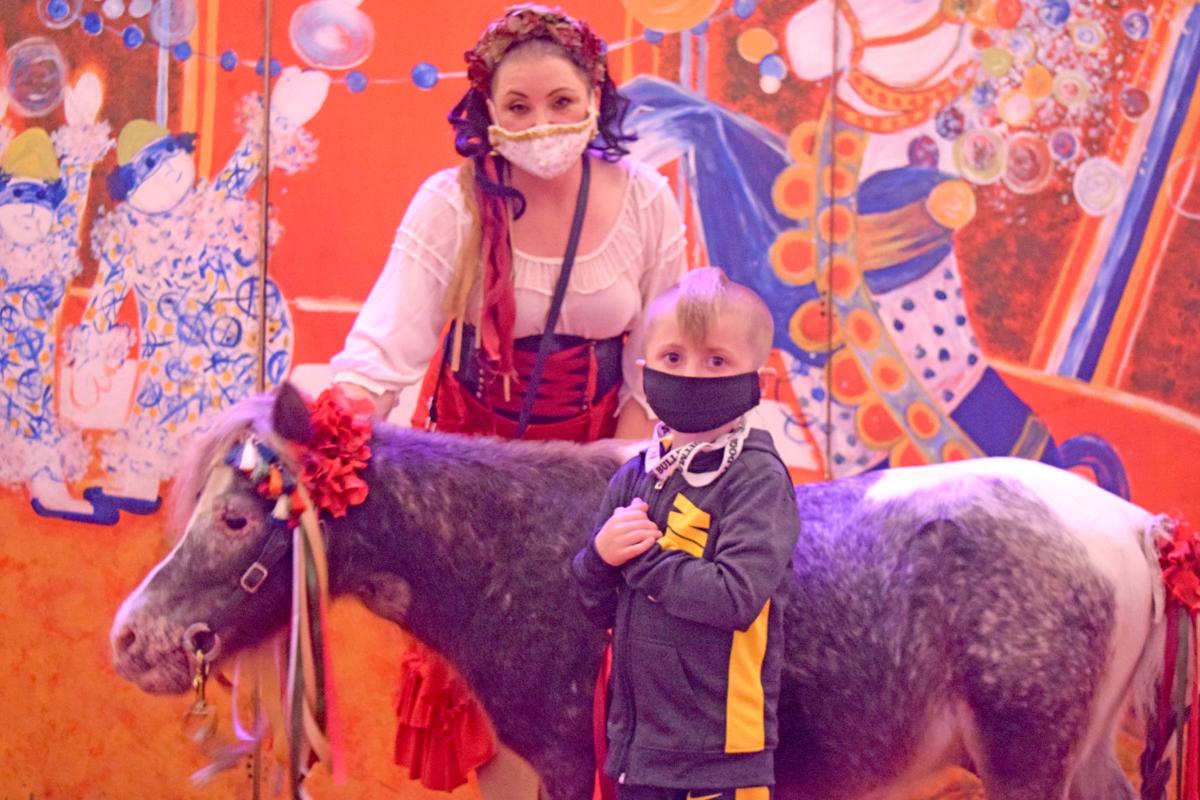 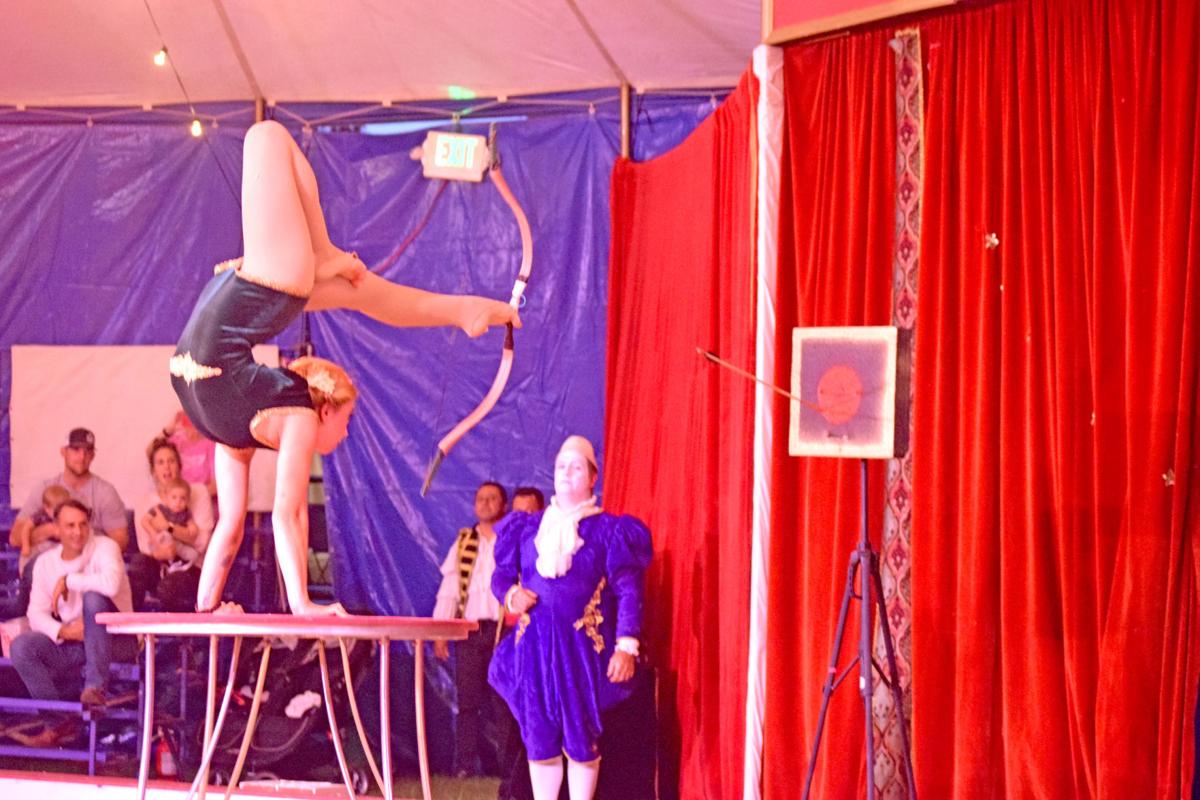 Friday’s crowd gasped with amazement as contortionist Katja Orlow-Ornstein hit a bullseye after shooting an arrow using her feet during the circus show.

Friday’s crowd gasped with amazement as contortionist Katja Orlow-Ornstein hit a bullseye after shooting an arrow using her feet during the circus show.

“I wish I could do all of those things!” Karson exclaimed as we walked away from the circus tent stationed at the softball complex in Quitman last Friday.

The performance by the Piccolo Zoppé family boutique circus did not disappoint. The show was inspirationally stunning.

When I spoke to Tosca Walther-Zoppé about the performance prior to the show, she hinted it would be different from any other circus show I’d likely seen before. She was right, and I am so glad.

The equestrian ballerina has a strong family history in the circus industry, and her deep roots made for a captivating performance.

Suzanne Santos, a theatrical clown, entertained the audience – all wearing masks until seated with family in clusters away from other groups – while the other performers prepared to take center stage. She brought young children up front and kept the audience engaged. At one point, she pretended to shoot an arrow toward a man from the audience who was blindfolded all while Tosca’s husband, John “Jay” Walther, popped the balloon with a pin. The crowd erupted with children laughing and clapping along.

I’ll also admit that my jaw dropped when contortionist Katja Orlow-Ornstein twisted her legs above her torso and shot a bow and arrow into a target using her feet. I looked over to see little Karson’s reaction – he was frozen as he was overcome with amazement.

The show was emotional for all, but especially the crew behind the big show. It was the first time in 20 years the Piccolo Zoppé family circus had performed in Arkansas. If Tosca didn’t mention the show was put together within 11 days, I never would have believed it. There were no snags holding up the show, and everyone showcased their unique talents in the most beautifully and profound ways.

The three performances held during the annual QuitmanFest event were also the first Tosca had put on since loosing her mother. The two were injured in a crash in October 2019, and her mother ultimately died from the injuries she sustained.

It’s clear Tosca and the entire family is heartbroken. However, they were able to channel their emotions into an incredible performance dedicated to Tosca’s mother.

The equestrian ballerina has lived in Springhill nearly 35 years, and while the family typically performs out of state, Tosca hinted she would like to bring the family’s talents closer to home. Tosca said she loves the Natural State and bringing smiles to others’ faces. I definitely hope to see the group around more and would encourage anyone to go see this traditional, Italian performance. Grab a bag of popcorn or a caramel apple and let this group show you what a true circus show looks like!

This unique show was absolutely an interesting addition to QuitmanFest that I hope becomes a staple to the small town’s annual festival.