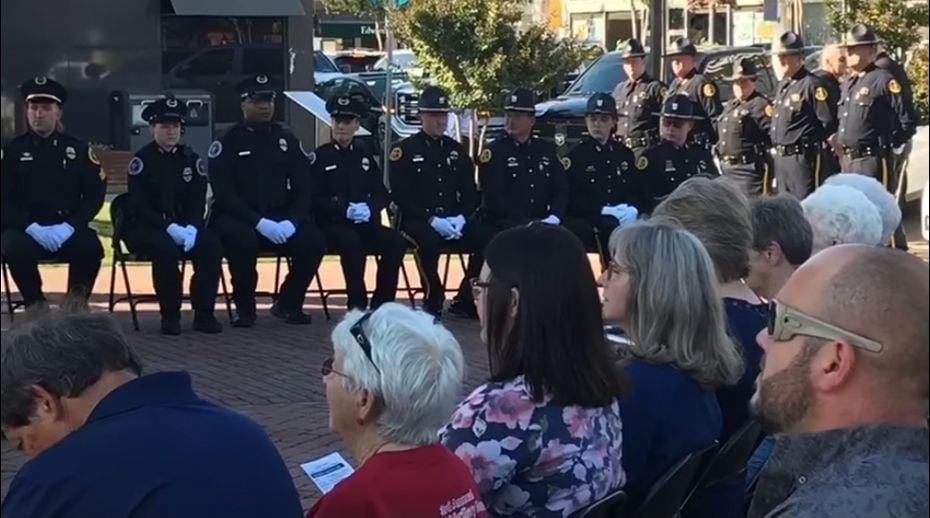 This file photo from 2019 shows local officers and Faulkner County residents gathering at Simon Park in Conway to honor local heroes who died in the line of duty. 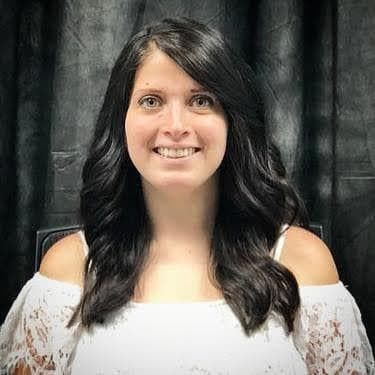 This file photo from 2019 shows local officers and Faulkner County residents gathering at Simon Park in Conway to honor local heroes who died in the line of duty.

This week is National Police Week, and Friday is Peace Officers Memorial Day.

Though local law enforcement agencies cannot remember the fallen this week with a ceremony as they typically would, the Conway Police Department and Faulkner County Sheriff’s Office found a way to virtually honor local officers who died in the line of duty.

Early Monday morning, the departments released a video via social media to honor the eight local officers who gave the ultimate sacrifice and died while serving the communities they vowed to protect.

Every year, officers from across the county gather alongside Faulkner County residents at Simon Park in downtown Conway to honor local officers who have died in the line of duty.

We must remember that while we cannot attend an in-person ceremony to directly recognize each of these men, these fallen heroes still deserve to be honored and remembered.

While the coronavirus pandemic has canceled the formal ceremony that would have allowed local officers to place a rose before their fallen brothers in blue, it is especially important to remember these men and their families this week.

There are eight men who have died in the last 106 years while serving Faulkner County residents. It is my hope that everyone in the community takes a moment this week to remember:

Patrolman Barry Kent McDaniel, who was killed by vehicular assault on April 2, 1982

Patrolman Lawrence Ray Noblitt, who was killed by gunfire on Nov. 7, 1988

Patrolman William “Will” McGary, who was hit by a vehicle and killed while directing traffic at the scene of a crash on Feb. 1, 2013

Deputy Jimmy “Jim” Wooley, who died as the result of a fall while investigating a theft on Aug. 5, 2003

Deputy Hans Fifer, who died from a heart attack during SWAT training on April 8, 2013

If you’ve never been to the annual fallen officers ceremony in Conway, I highly recommend you attend next year’s event. It is open to the public and extremely moving.

I attended the ceremony for the first time in 2016. Though I was there to cover the event, I learned how emotional it is to lose an officer by listening to the stories of those who were personally affected. Family members wept as strangers showed them compassion. It was absolutely beautiful.

The next year, I attended the event alongside my taller half. We were early into our relationship (nearing our one-month anniversary) when we met up at Simon Park to honor those who had lost their lives.

During the 2019 memorial ceremony, Circuit Judge Troy Braswell Jr. hit the nail on the head when he said our local officers shine above the negative light police often are portrayed in.

While trends show there are “bad actors” within the law enforcement community, Braswell said officers and deputies across Faulkner County define themselves in a positive light.

What defines our system is the reality that local officers are taking the time to better the communities they serve, Braswell said.

“It’s defined by officers that will ride bicycles to school with other children, that spend time with kids shooting basketball hoops in the middle of the road,” Braswell said. “That is what makes our community so great.”

He was absolutely right.

Our officers are willing to spend time making our community’s youth feel special on their birthdays.

While the coronavirus has canceled so many birthday celebrations, our local officers have spent time driving by in birthday parades to help remind residents that they are loved.

Our officers truly care and have a special place in their hearts that leads them to serve, knowing each day potentially could be their last.

To all law enforcement, I say thank you. You are appreciated greatly for everything you do. For those who have died while keeping the community safe, thank you for putting our lives before your own. Your good deeds will never go unspoken or forgotten.