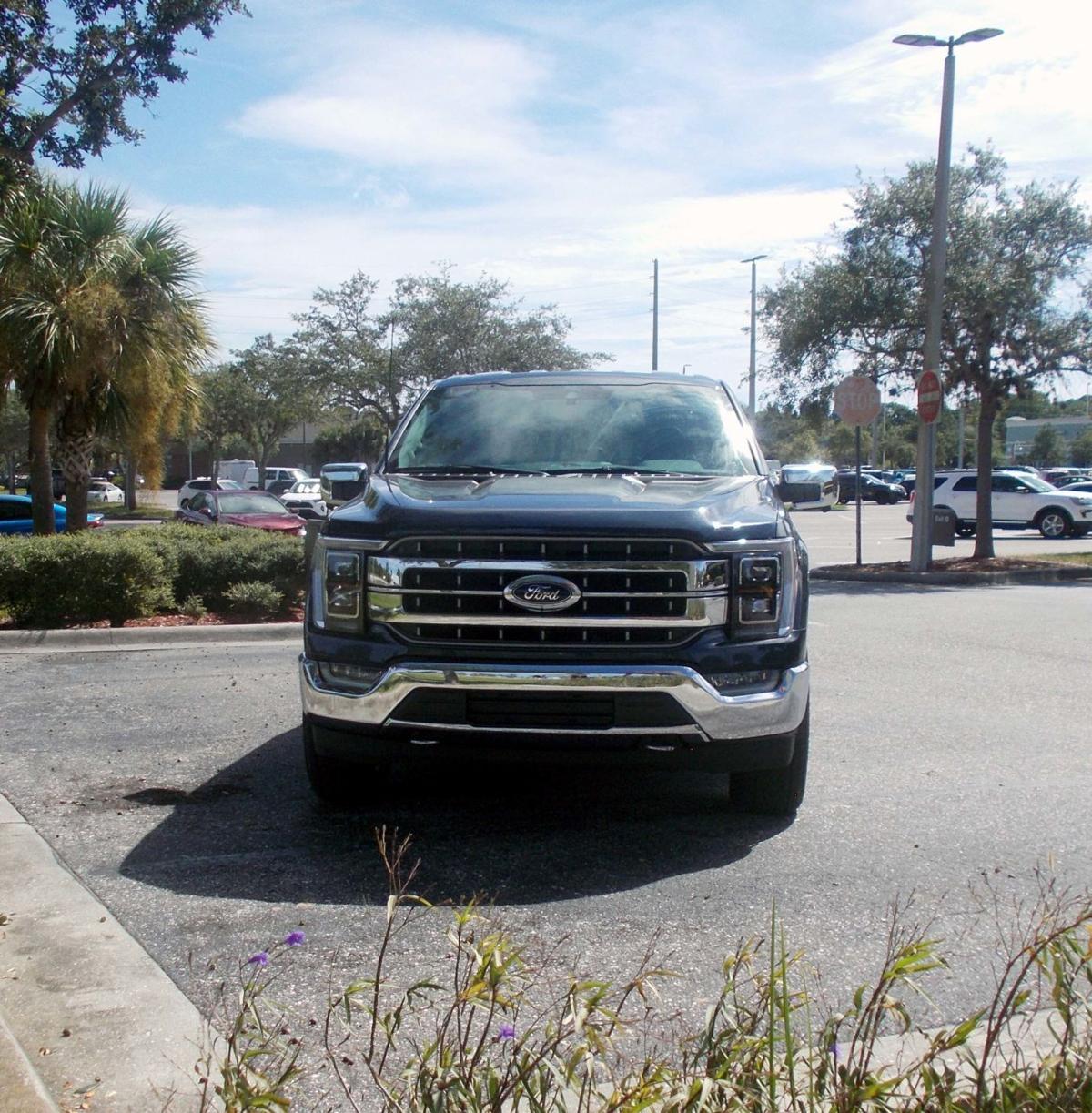 The restyled Ford F150 Series Lariat has a commanding presence with chrome-like wheels. Restyled front end is massive creating a blind spot out the window however a 360 degree onboard camera brings the frontal view into focus. Twelve-inch infotainment touchscreen highlights navigation, climate and entertainment features. 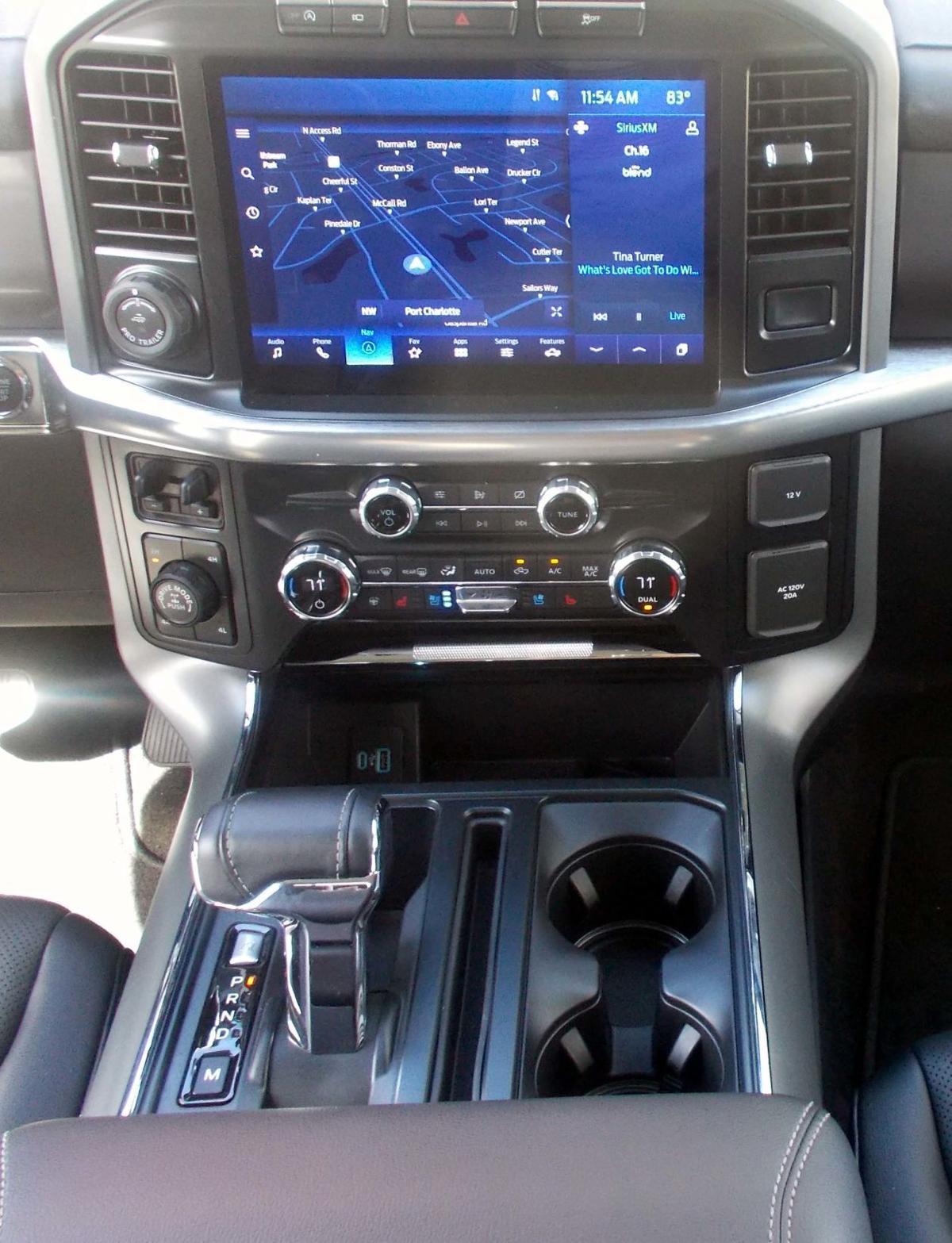 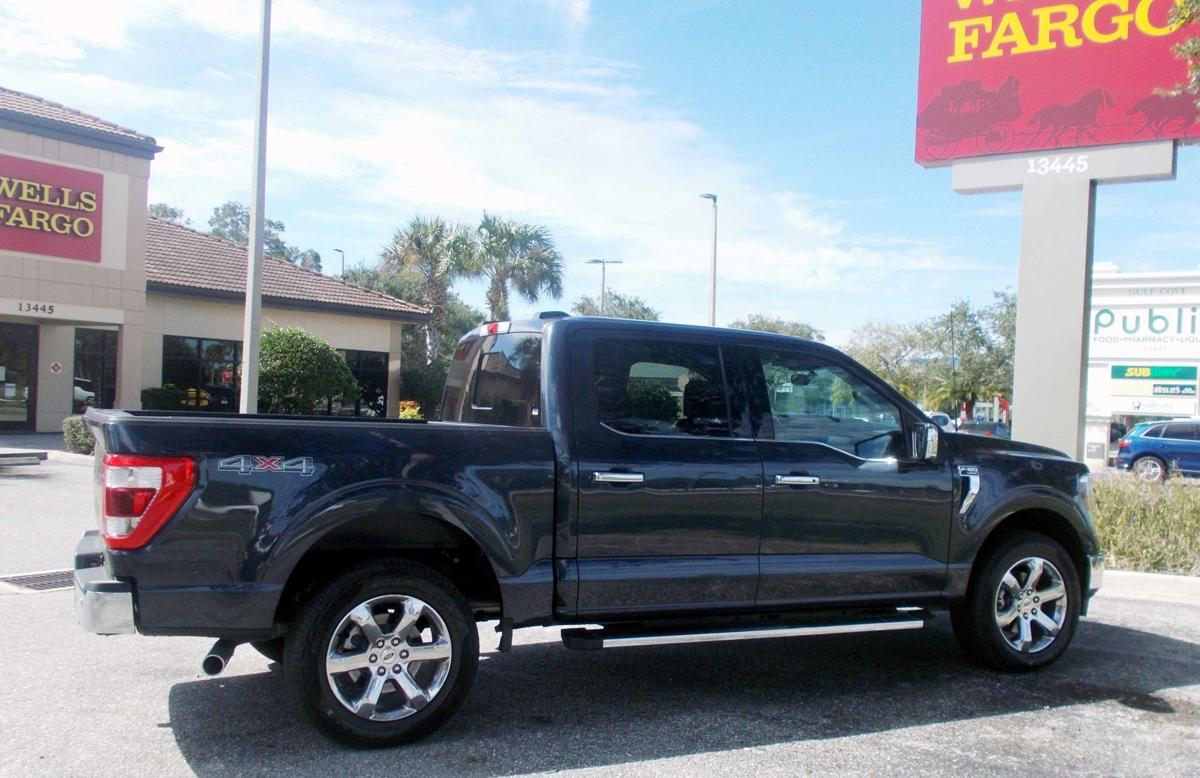 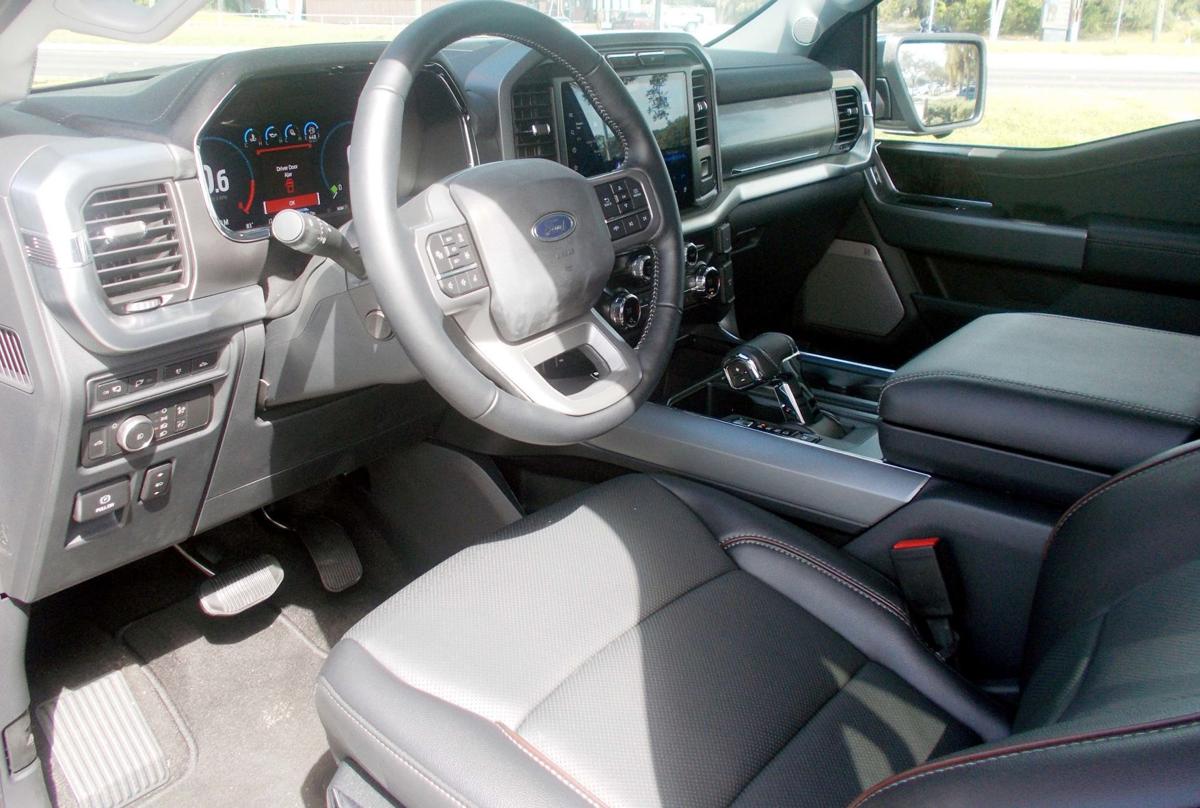 The restyled Ford F150 Series Lariat has a commanding presence with chrome-like wheels. Restyled front end is massive creating a blind spot out the window however a 360 degree onboard camera brings the frontal view into focus. Twelve-inch infotainment touchscreen highlights navigation, climate and entertainment features.

When Ford’s F150 makes a big change, well, it gets noticed. While rivals Ram 1500, GMC Sierra 1500 and Chevy Silverado have made improvements over the past few years, the new Ford package is formidable and keeps it in the game as it has been for decades.

And there is a plethora of trim levels available to fit any budget from the $30s to $80s. Standing out is the available 12-inch infotainment screen and system, an all-digital instrument cluster and revamped interior. There is also a new hybrid this year and the coming of an all-electric F150 down the road.

We evaluated the evocative F150 4x4 Lariat Super Crew, a roomy four door with luxury written all over. Its interior is vastly improved over earlier models. Yes, its tall front hood is a blind spot, however an available 360 degree camera helps see around nooks and crannies.

Upgraded engines abound for 2021 ranging from a 290 horsepower V6, 400 hp 5.0 -liter V8, two twin turbocharged V6’s and a 250 hp 3.0-liter diesel. There is also a 400 hp twin-turbo V6 hybrid powertrain. No matter your choice each is mated with a 10-speed precise automatic transmission that locks in the right gear for all occasions.

Available trim levels include the base XL. XLT, Lariat, King Ranch, Platinum and Limited. In addition, you can choose from three cab styles; regular, SuperCab(extended) and SuperCrew.

For all its girth, our Lariat tester clocked in at 5.2 seconds in the sprint from a dead stop to 60 miles per hour, a respectable number considering its nearly three-ton curb weight.

Our only fault with the new F150 is in its maneuverability. It takes up a large parking space and, we found it does best in the front space negating the need to back out of a tight spot. Turning radius is lengthy. Other than that, we found it offers a complaint ride on pavement. The cab is surprisingly quiet with little body roll for such a large truck and continuous controlled damping helps smooth the ride.

At a work site, the F150 is right at home featuring a towing capacity up to 14,000 pounds. Liftgate is powered up or down or locked for ease of movement and features a tailgate step and pro power onboard – 2KW.

Lariat also features an available foldable workstation. Simply depress a console latch and the center gear shift folds away and makes room for an oversized tilted laptop screen and flat surface for keyboard.

While some rivals will equal the new F150’s amenities, we believe the new pickup truck will continue Ford’s dominance in the market for some time.

Assembled: The Ford F-150 is built at Dearborn Truck in Michigan and Kansas City Assembly Plant in Claycomo, Missouri.

Crash test ratings: The Insurance Institute for Highway Safety (IIHS) awarded the F150 a Top Safety Pick for 2021 and gave it its highest rating of “Good” in small and moderate overlap protection as well as side collision, roof strength and head restraints. Front crash protection – vehicle to vehicle and vehicle to pedestrian were rated “Superior”. The National Highway Traffic Safety Administration (NHTSA) had not rated the F150 as of this writing.