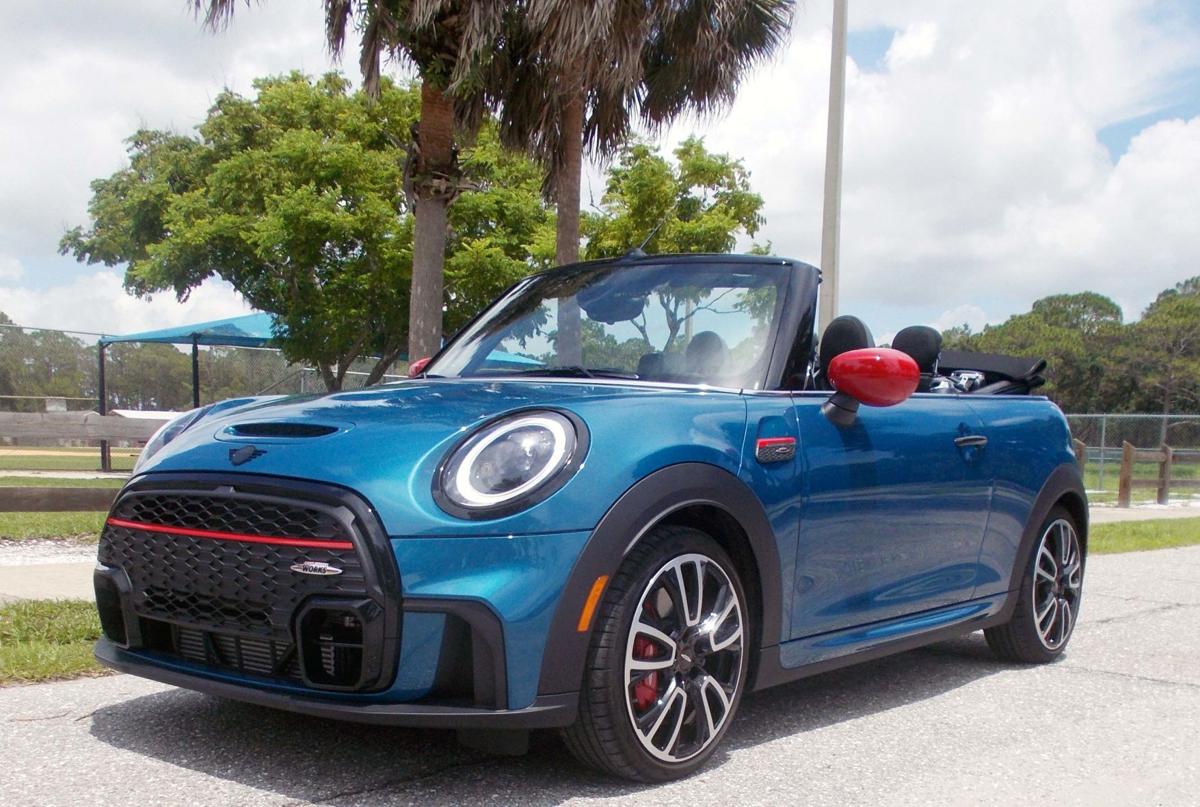 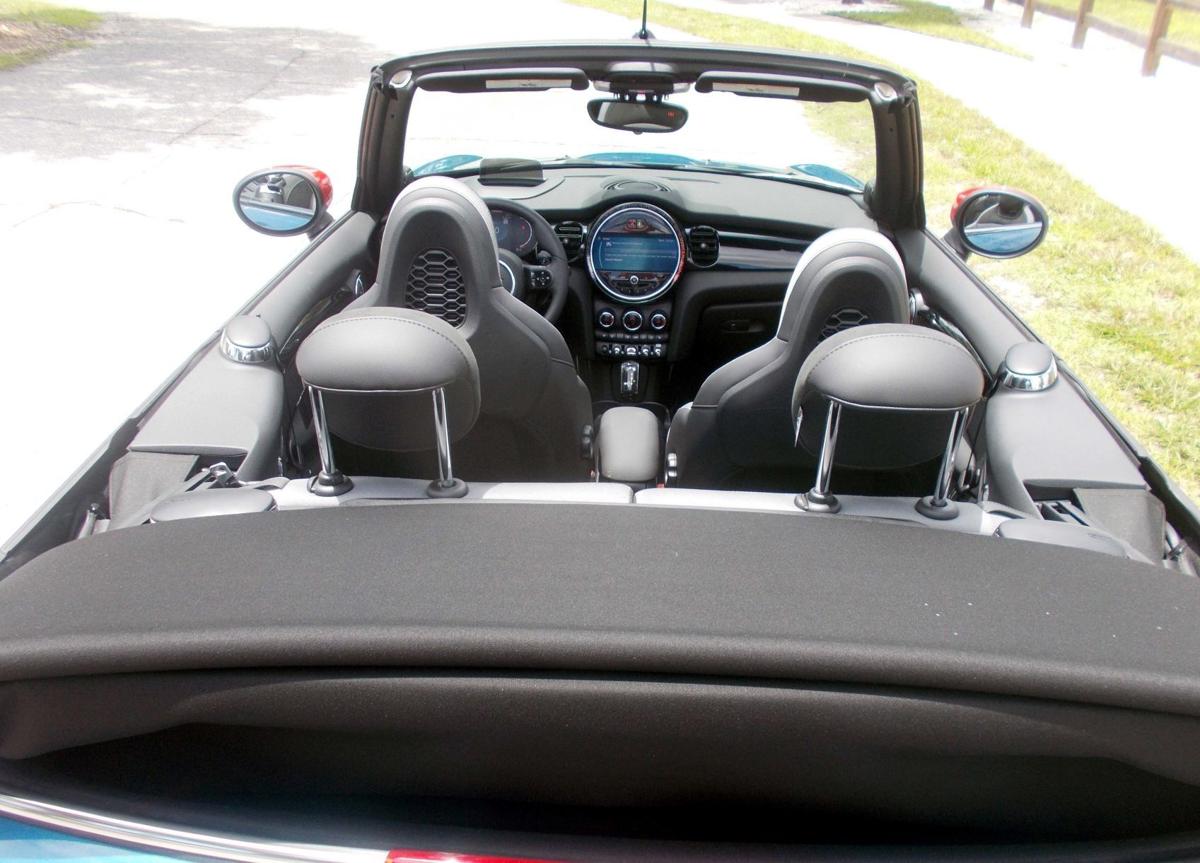 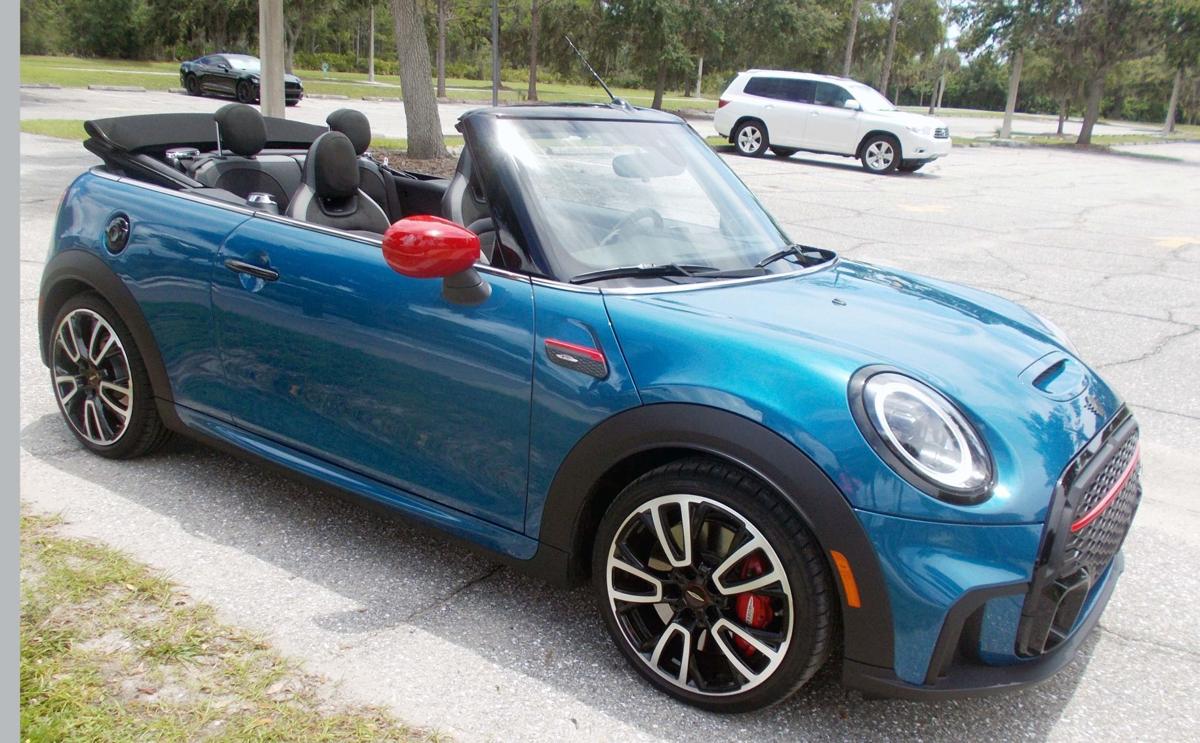 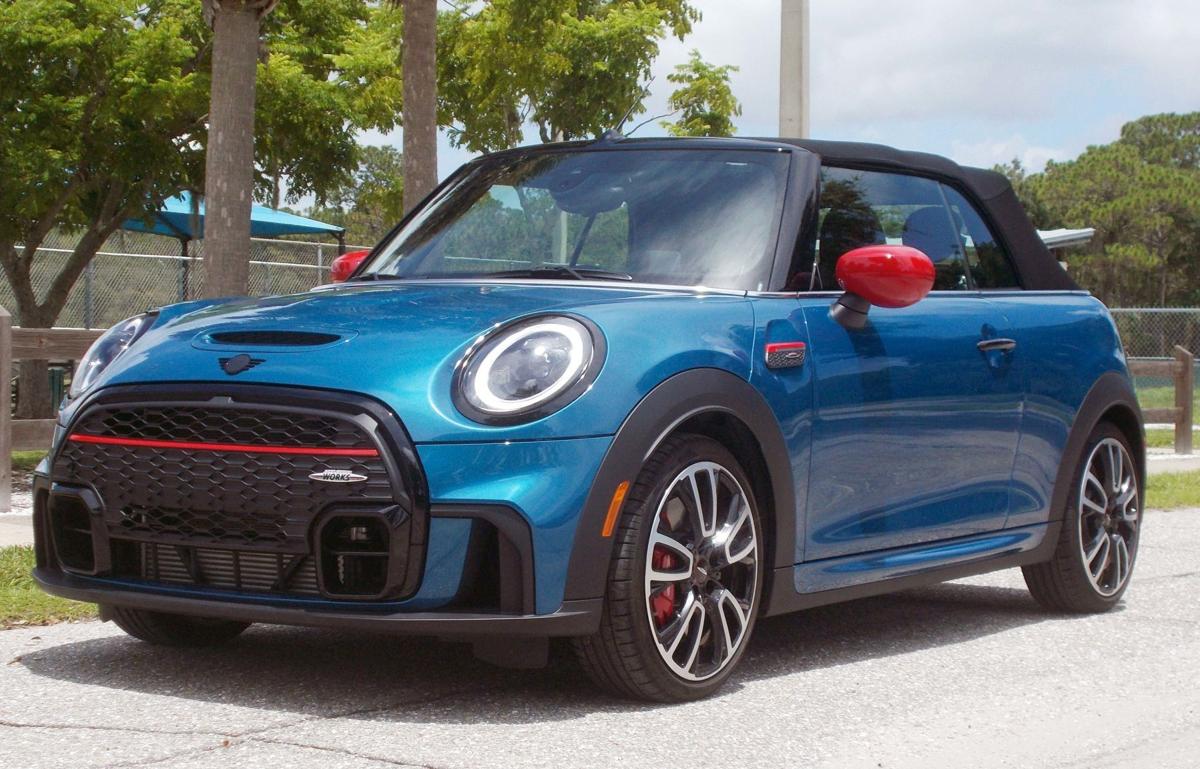 For 2022, the MINI John Cooper Works takes on a new look from stem to stern with some radical changes that set the British subcompact apart from its predecessors and the competition.

Hard to believe this cute little runabout turns 63 this year. What started out as an affordable post war British sensation has morphed into a big hit on these shores since 2002. While it carries the Union Jack symbol here and there, the MINI has been owned by Germany’s BMW group since the mid-90s.

Blind spots even with top down

Back seat suitable for storage

The MINI is not for everyone. Its cramped quarters and limited cargo space take some practicality away but driving enthusiasts will like the John Cooper Works performance boost built into the new MINI.

JCW is available as a hardtop and convertible with the former offering the sought-after manual gearbox. Our soft top tester ships with an eight-speed automatic while both are powered by a 228-horsepower turbocharged four-cylinder sending power to its front wheels only.

We enjoyed the spirited ride from the new MINI. With pedal to the metal, the exhaust crackles like a string of fireworks going off similar to the Fiat 4C Spider without the robust speed. It’s a refreshing change from the high-powered sports cars on the market.

Base price of the JCW convertible is $32,950 with our decked-out test car reaching the mid $40s.

Active driving assistant includes forward collision, pedestrian and lane departure warnings and automatic headlights. For the price, we were surprised by the lack of adaptive cruise control and blind spot monitors in our tester.

Interior treatment is a bright spot with contoured sport seats up front and generous use of high- quality materials. Seating in the back has limited legroom with front seats extended.

Trunk space is just six cubic feet but is expanded to 34 cubes with rear seats folded. However, the opening between the trunk and rear compartment is too narrow to fit golf bags through unlike Camaro, Mustang and Mazda Miata convertibles.

Even with its shortcomings, the MINI stands out with a high fun factor that is easy to maneuver into tight parking spaces. While it looks faster than it really is, its sturdy frame and tight suspension keeps the car firmly planted with excellent grip through 18-inch paws.

No cost 3 year/36,000-mile maintenance is a welcome addition that few competitors can match.

Crash test rating: Neither the Insurance Institute for Highway Safety (IIHS) nor The National Highway Traffic Safety Administration (NHTSA) had rated the MINI as of this writing.